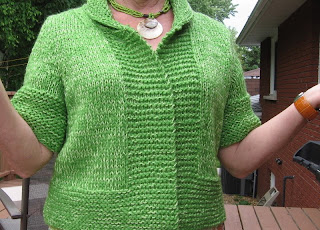 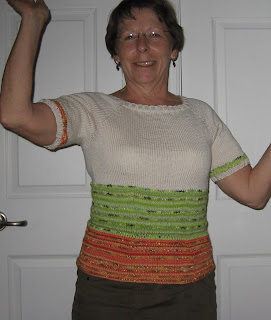 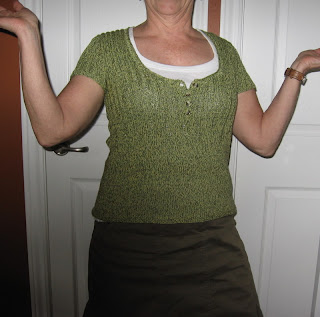 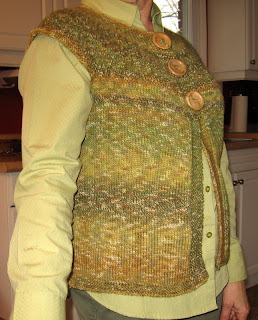 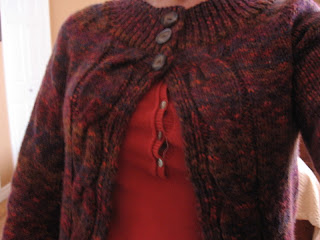 Having been too long delayed by stomach flu, my 2009 knitting review is now ready. I must say, having a flickr side bar on the blog made this re-cap much easier.

Before the accuracy that flickr revealed, I would have told anyone who asked that I am a sweater knitter. But, flickr shows that I knit way more hats in 2009 than sweaters. Eleven hats versus eight sweaters. And of the eight sweaters, there were two that got ripped for seriously flawed fashion sense. And one that I don't particularly like. So five successful sweaters. Whereas all hats were a hit.

Apparently, I am not much of a scarf knitter. Just one knit in /09. But I'm big on neckies. I knit 6 of them. Along with three pairs of socks, and three pairs of mittens. A vest - the sadly felted Shalom - and Abi's Bolero. A few dishcloths and a couple of bobbles and 2009 was done.

This little post has just now taken hours and hours of my time. Before hitting 'publish' I decided to update flickr by creating a new and separate album for the finished objects to come in 2010. Big mistake. Whatever I learned in the realm of knitting in 2009 - I learned NOTHING!!! about computers.

It seemed to go well in the beginning, but in trying to just tweak it a little bit more, I deleted all the photos from 2009. That took &^%$*# a lot of time to find and reload them. I'm sure I'm missing some.

I hope someday to be one of those computer users I see on TV ads. You know - they say " I asked for a 'such & such' feature on the computer and they flew me to Japan to introduce it.

The feature I want? Voice activated.

"Good morning flickr. Please create a new set for all my 2010 finished objects. Label it as such and put it beside my 2009 FO set. Thank you."

Until then, if I don't use the computer too much, knitting will keep me sane.
Posted by Brendaknits at 12:58 PM

I feel your pain...I've managed to trap all the sidebar elements on my blog at the bottom of the page - any template, any time, any amount of clicking and dragging, 'doesn't matter...back to the needles - that's an operating systemm and "code" I can cope with!

I work with computers for a living. The reason they are so hard to figure out is because it's someone else's logic system and not yours. It made sense to someone, somewhere, to do it that way. And now you have to crawl inside their head and think like they do.

Sounds kind of creepy, doesn't it?

I love the green sweater...wait a second...

My goal for 2010 is to get back to knitting more sweaters. Probably as many of the will be blue as yours were green!