Remember a while back, I confessed to working on only one project at a time? Partly, I blamed it on my childhood teachings: Mom never let us start a second craft project until the first was done. And partly, I blamed it on my own personal preference: The more difficult the project, the more I thought it likely to never complete it, if it were set aside for a time. 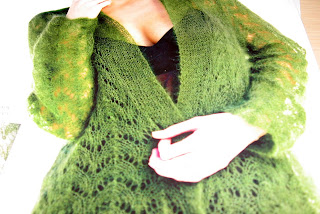 Loden changed all that. 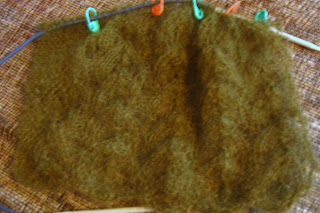 Discouraged with the lack of FOs while working on Loden and needing a warm sweater for fall, I set aside Loden for -- 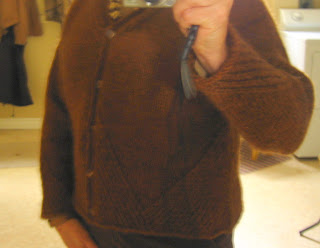 While Diagonal Rib was being blocked - and supposedly done - I started 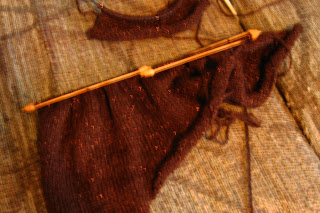 the little brown topper for the 'dress that called my name'.

Then of course, I decided to 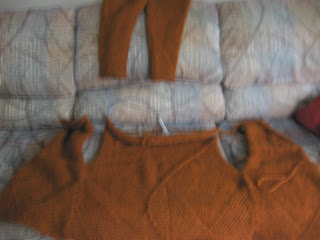 I have gone from being a one-project-person to having on the go -Diagonal, Brown Topper, Loden and the beginnings of a 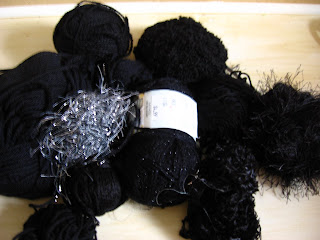 What's that old saying? "A change is a good as a rest". Maybe I'll be a changed knitter from this experience. A multiple-project-person forever.
Posted by Brendaknits at 1:11 PM