Go Meaford Go! That was the rallying cry we heard coming up the stairs. 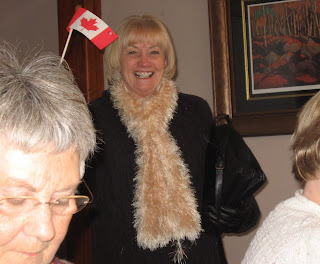 Doreen, our used-to-knit friend came waving the flag to cheer us on.

Not that anyone (beyond me and perhaps Bonnie) needed rallying.
Take a look. 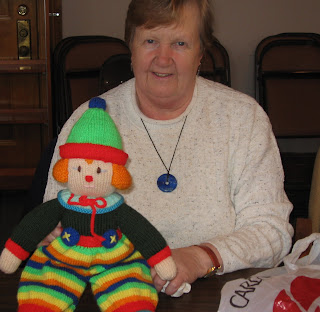 One Olympic doll. Done. In a week. 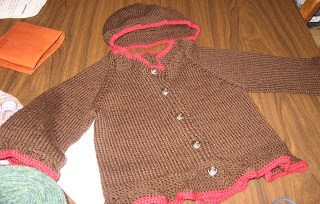 Her Olympic top-down cardigan and matching hat. Done. But she had a near miss. Here is all the yarn she had left. 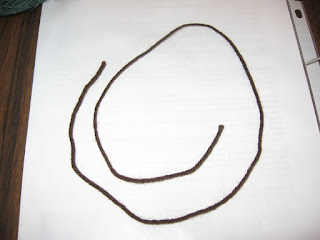 The yarn equivalent of three, one-hundredth of a second in downhill racing. 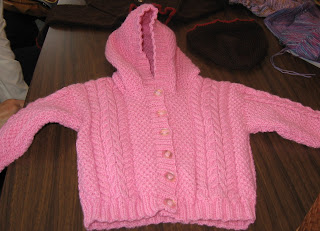 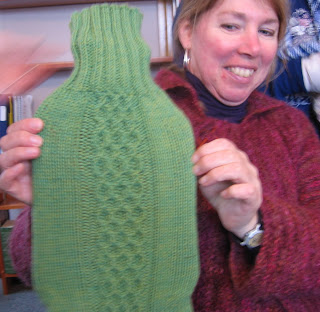 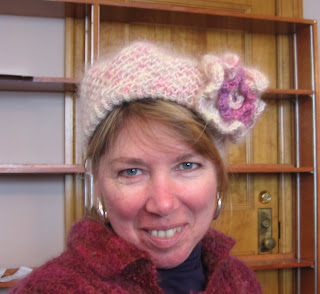 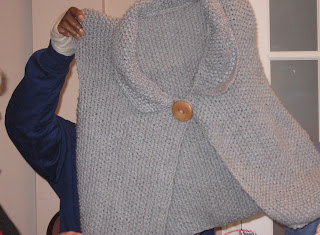 The 'many tears' vest. Done. 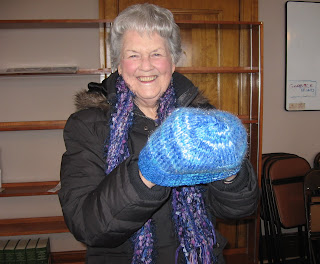 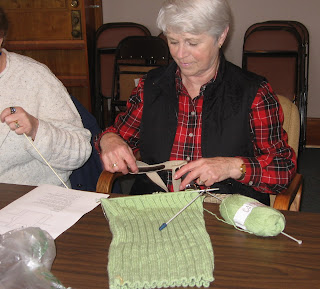 and I, need more time. Both of us still expect Gold. Three more days.

How about Survivor last week? Stephanie of the extraordinary eyebrows, gone.
Posted by Brendaknits at 6:12 PM

The Meaford group is surely the most productive group in Ont! Hope to see y'all at the Riverside podium,

Sorry I could not be there today..feeling somewhat better I will try and take a picture of my scarf before and after blocking..Sharon

Wow, an amazing amount of work done. It's easy to see a lot of training went into this extraordinary effort. Well done, and for those not quite there, keep going you're almost at the finish line.