My Tortoise And My Hare

My two current projects  might be seen as the 'tortoise and the hare' story of my recent knitting. The 'tortoise' portion is  Stephen West's Spectra.   I am  enjoying it  still, but it is  a long ways from being finished.  Mind you, it is a project that does allow for an individual decision as to when exactly to cast off.  My motto though (sometimes), in order to  give  a good template for future projects,  is  to knit the first one as the pattern suggests.    So here you see mine, with 63 wedges out of the suggested 86 complete. 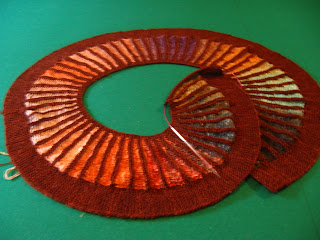 While much further along than the last photo I showed, still ..... 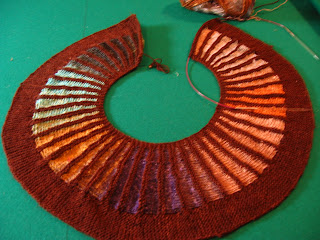 Thank goodness for Noro and it's beautiful colour changes.  It keeps this project interesting. 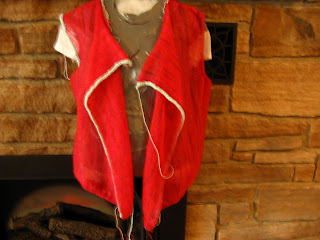 My version of the Whisper vest, machine knit with Fleece Artist Zambezi.  Despite a re-knit of the back after I realized I had forgotten to do any armhole shaping, it has been knit and seamed since Friday.  All that remains is to edge the fronts and one armhole.  Tonight's knitting.    That's an impressive 'hare'.