This time of year means lots of food.  Today, the knitters began their knitting with lunch at a local cafe.  After all, what 's the season for if not for eating?

Direct from the cafe, we headed to the library to the other thing we love best - knitting.

Sandy B arrived home from Florida for Christmas break  in time to head to the library for knit group.  Perfect timing Sandy.  She had with her lots of Florida knitting for  'show & tell'.

First up was her lace project.  The yarn cost her a fortune.  She took a very expensive lace-knitting class. She had to lock herself in a room listening to only classical music in order to concentrate on the work.  But it is done!  Only problem is, Sandy B doesn't like the end result. 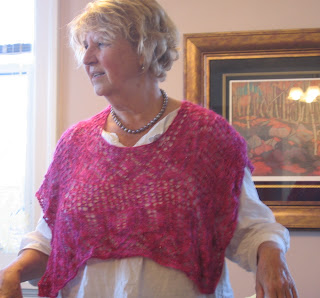 Doesn't her posture say it all?  Square look, or pointy look? 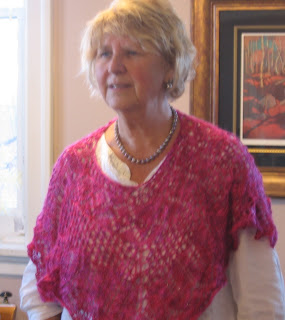 Which shall it be, Sandy?

Carol tried to show her that it would look lovely over black. 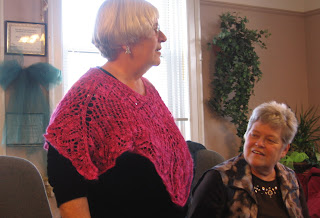 Nicki showed her that grey would work too.

She is still not convinced but promised to re-block it and wear it once.  Over something black and as Carol pointed out, not freshly wrinkled from a 24 hour drive.

Then there was her other poncho. 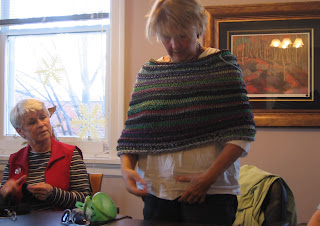 This one knit with Noro and the pattern from the Noro Accessories book.  Sandy favours this one. 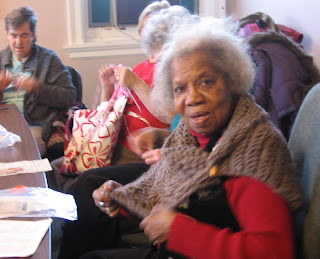 A honkin' big cowl.  Can't say I have ever seen on this big, Doreen.  She doesn't like her piece either.

Wilma spent her time ripping back the lace tam she is knitting. 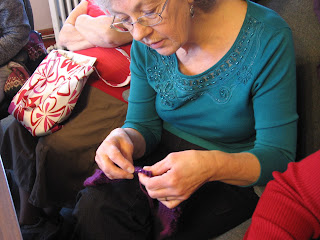 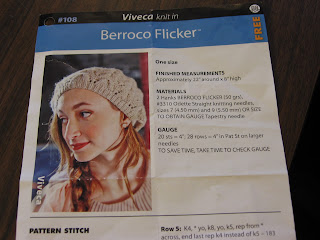 Lace isn't the most-love type of  knitting here in Meaford, it would appear.

Seasonal time pressures seem to disappear when we get to knit group.   For the afternoon, we forget the rushing and the job list and just relax with our needles.  what could bet better?

Posted by Brendaknits at 8:09 PM

Oh I agree. Everything is better at knitting. I finally went the other night and man, oh man how I missed it.