Thursdays Are For Knit Group.

Thursdays are for knit group but not for blog posting from a cell phone in the car.  My eyes and fingers are too old, too clumsy for that.  I left the knitters early on Thursday as we were off for a long weekend of visiting family and folks in our old haunt in Southern Ontario.   I do have pictures  - late but great - though of their Olympic progress.

I get Ingrid's house shoes now.  Felted and finished for a gold medal.  Very uniquely Ingrid, don't you think? 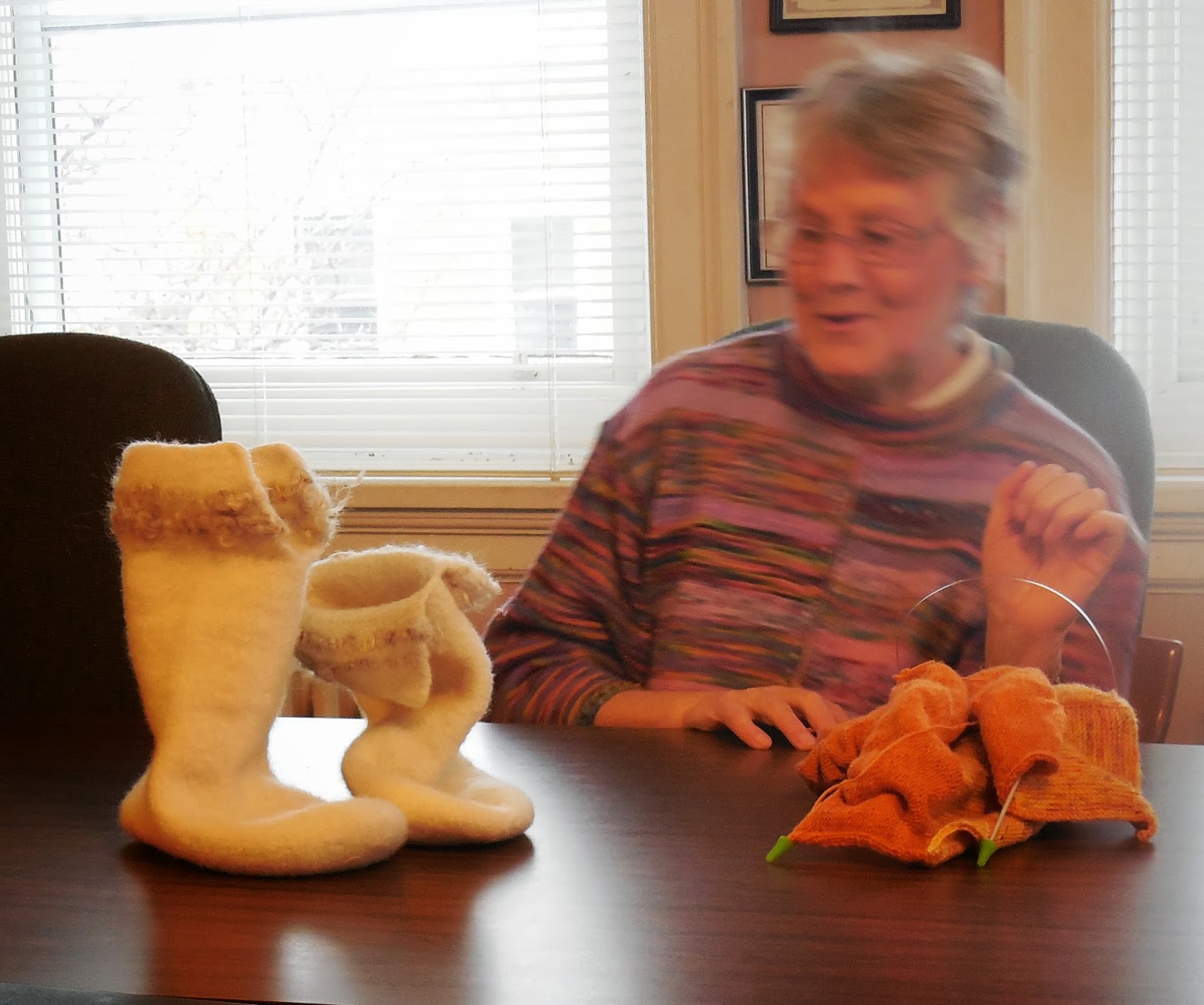 These are our two injured knitters. 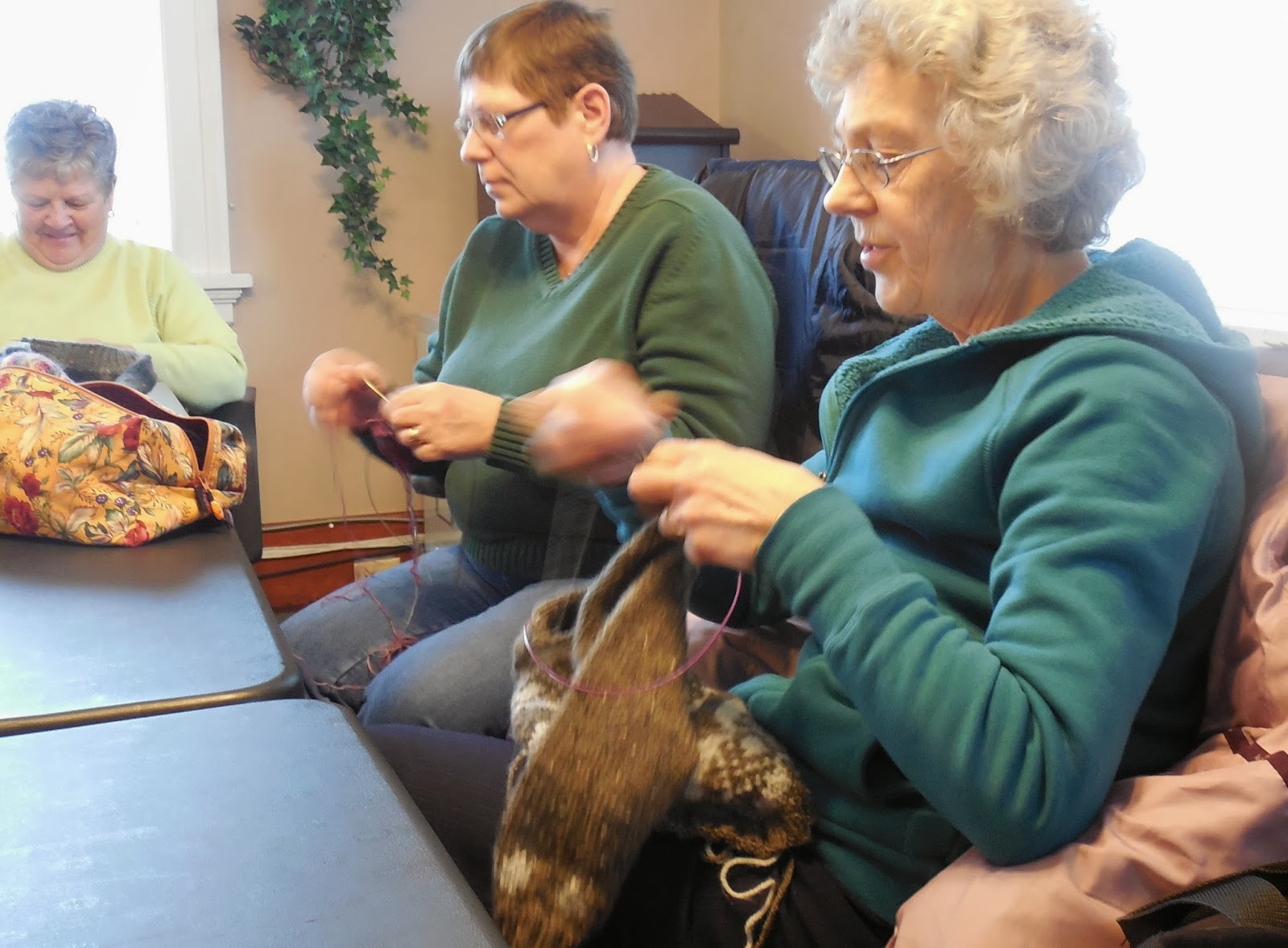 Nan, so much so, that she had to remove herself from the Olympic challenge.   Wilma participated but with a change of projects.    She  incurred a neck 'crink' just before the beginning of the Olympics which severely restricted her daily knitting time.  Instead of knitting  a sweater for herself as she had planned, she modified her goals and knit instead, a child's sweater. 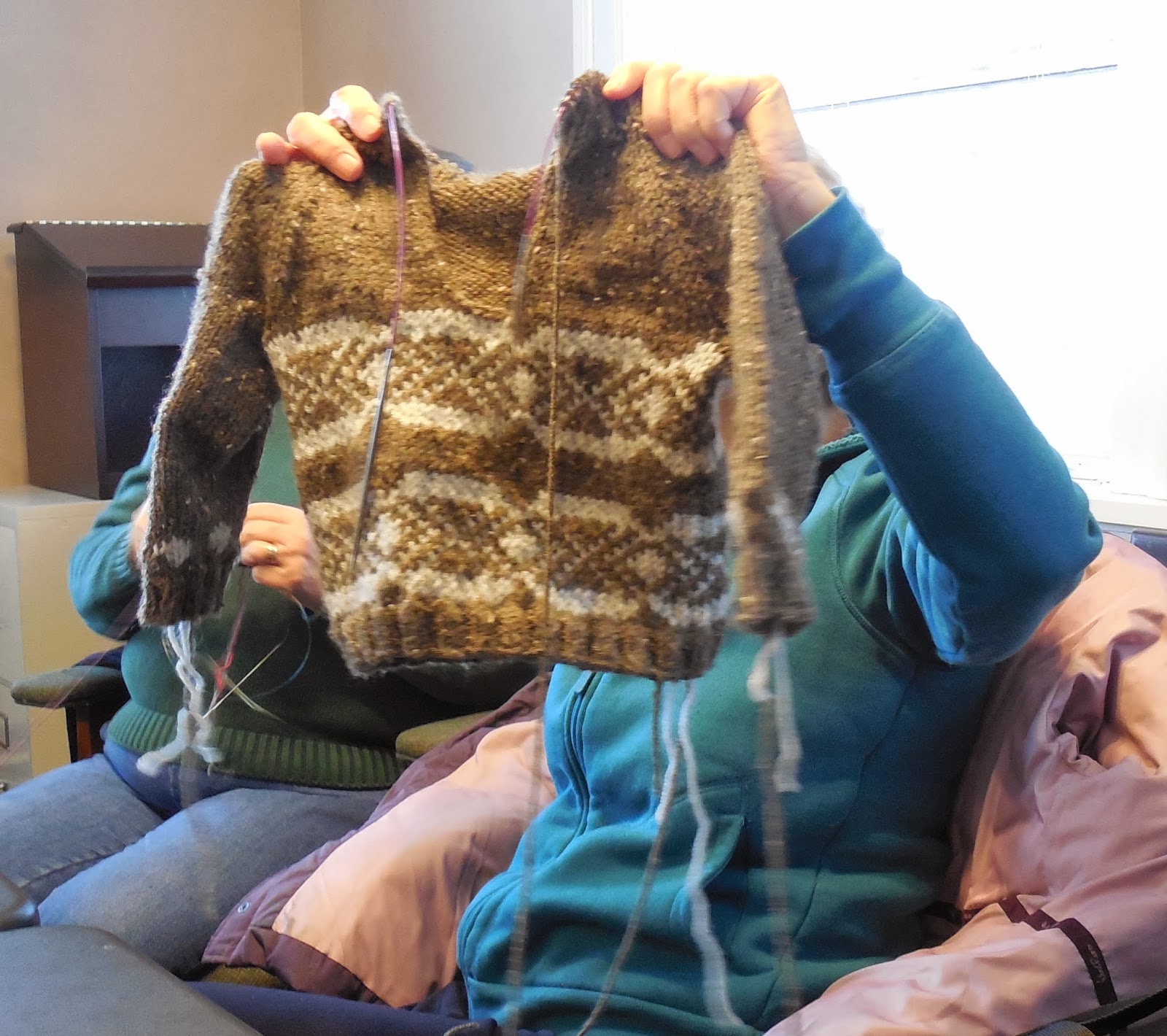 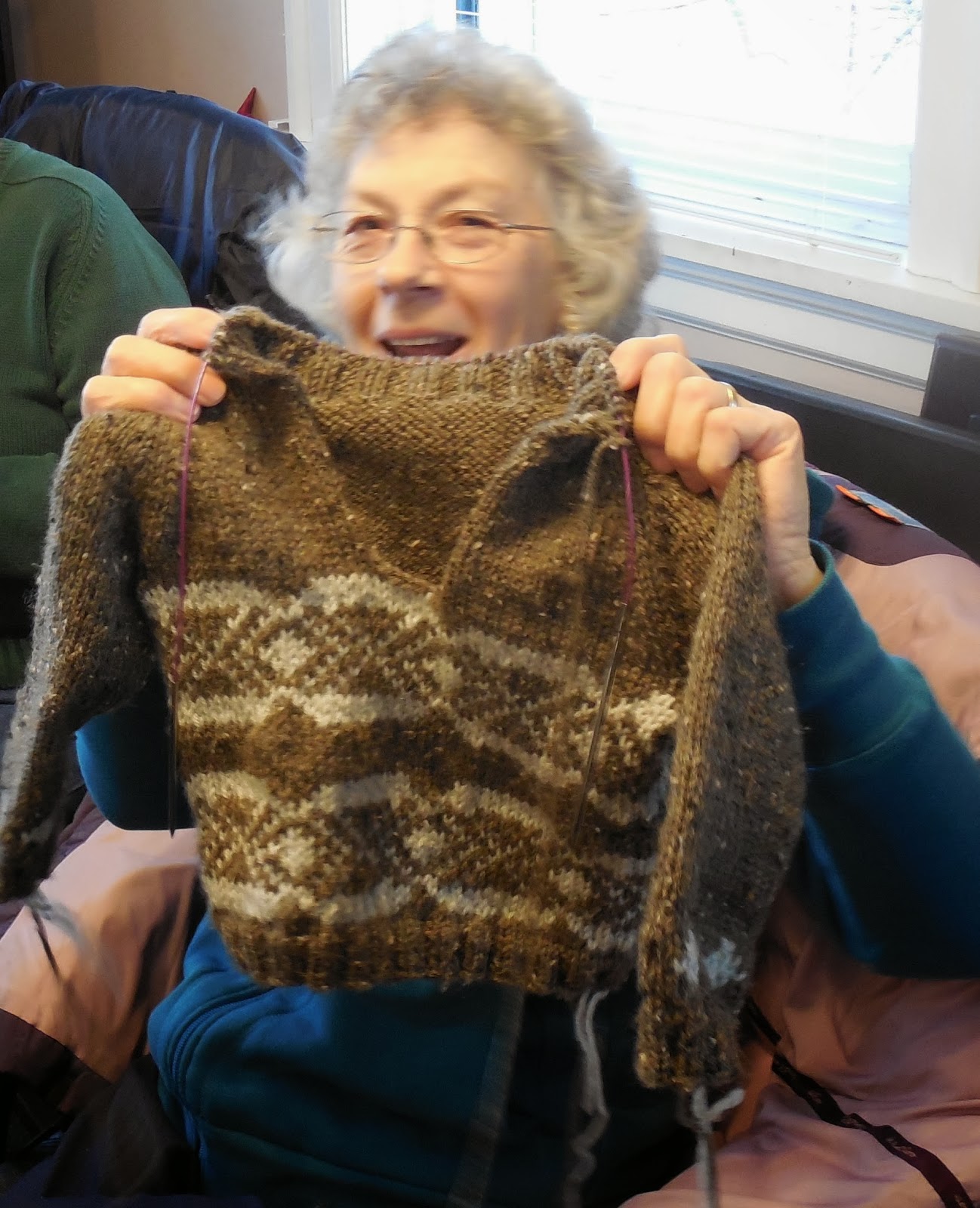 Maybe a different category but a great knit nonetheless, Wilma.

Bonnie has almost finished her purple socks with a stitch pattern. 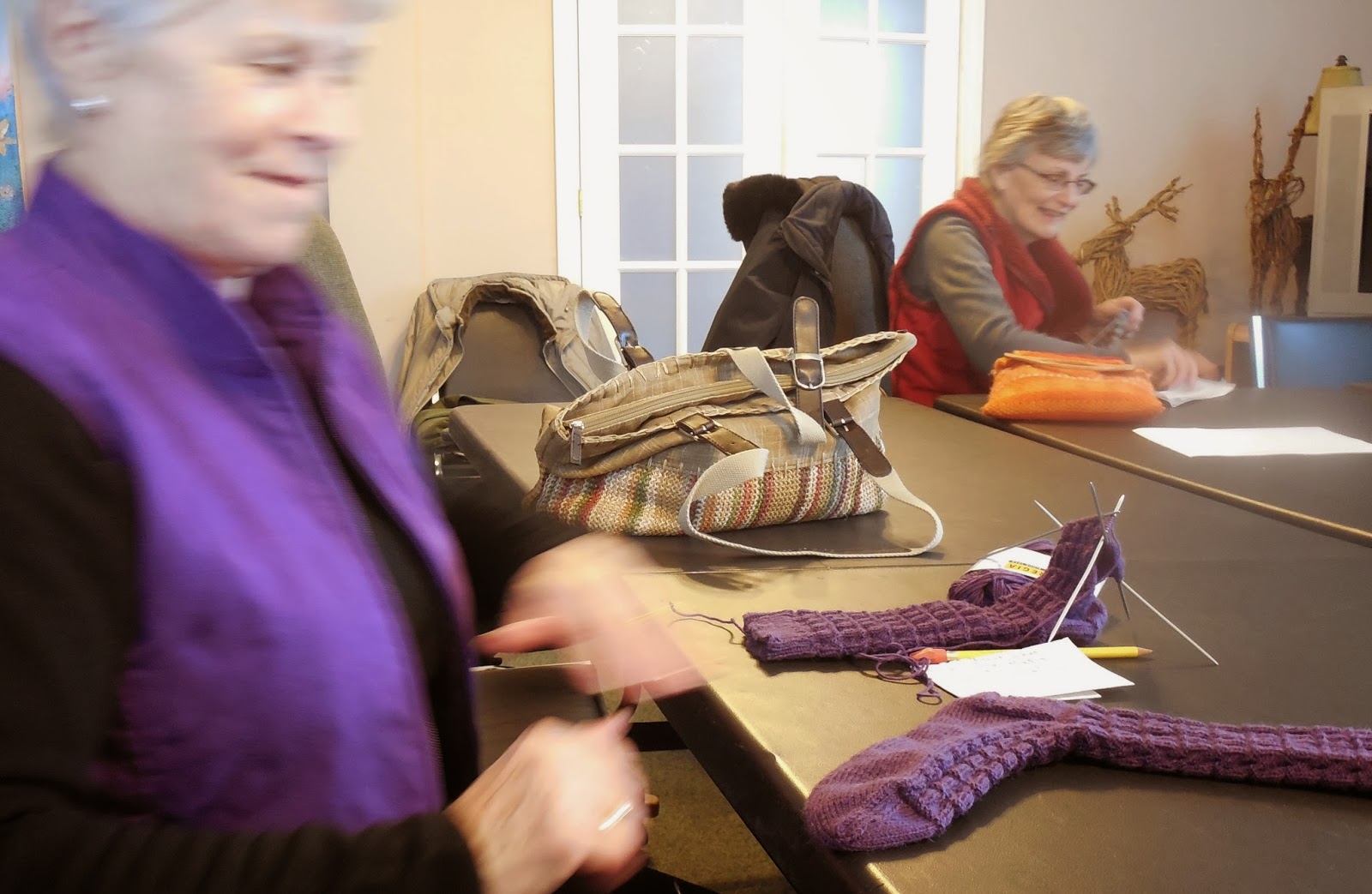 She will be done for sure by the closing ceremonies, she predicts.

Gail, who had blood pressure problems trying to finish a child's sweater for  the 2010 Olympics, has taken on an adult sweater for Sochi. 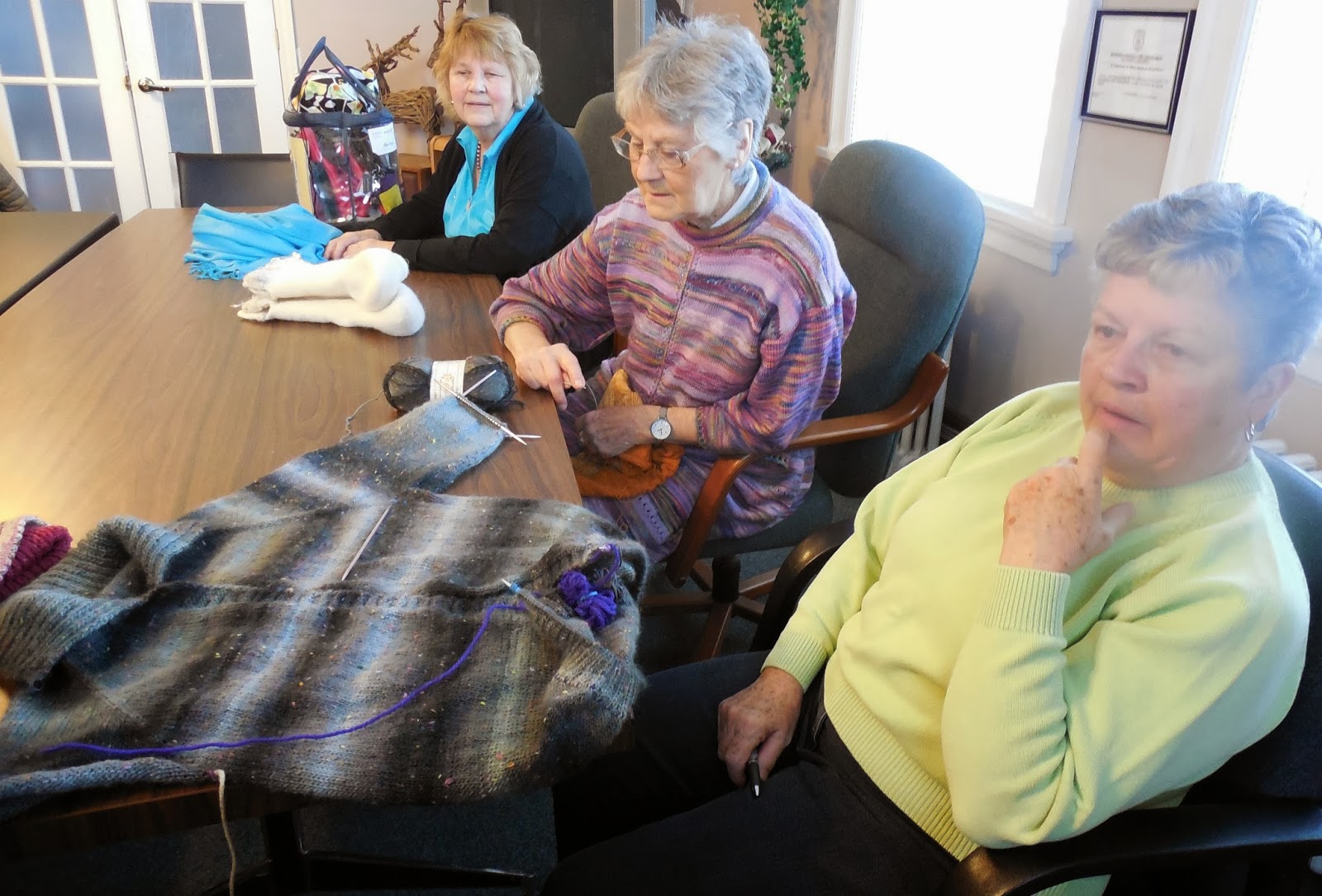 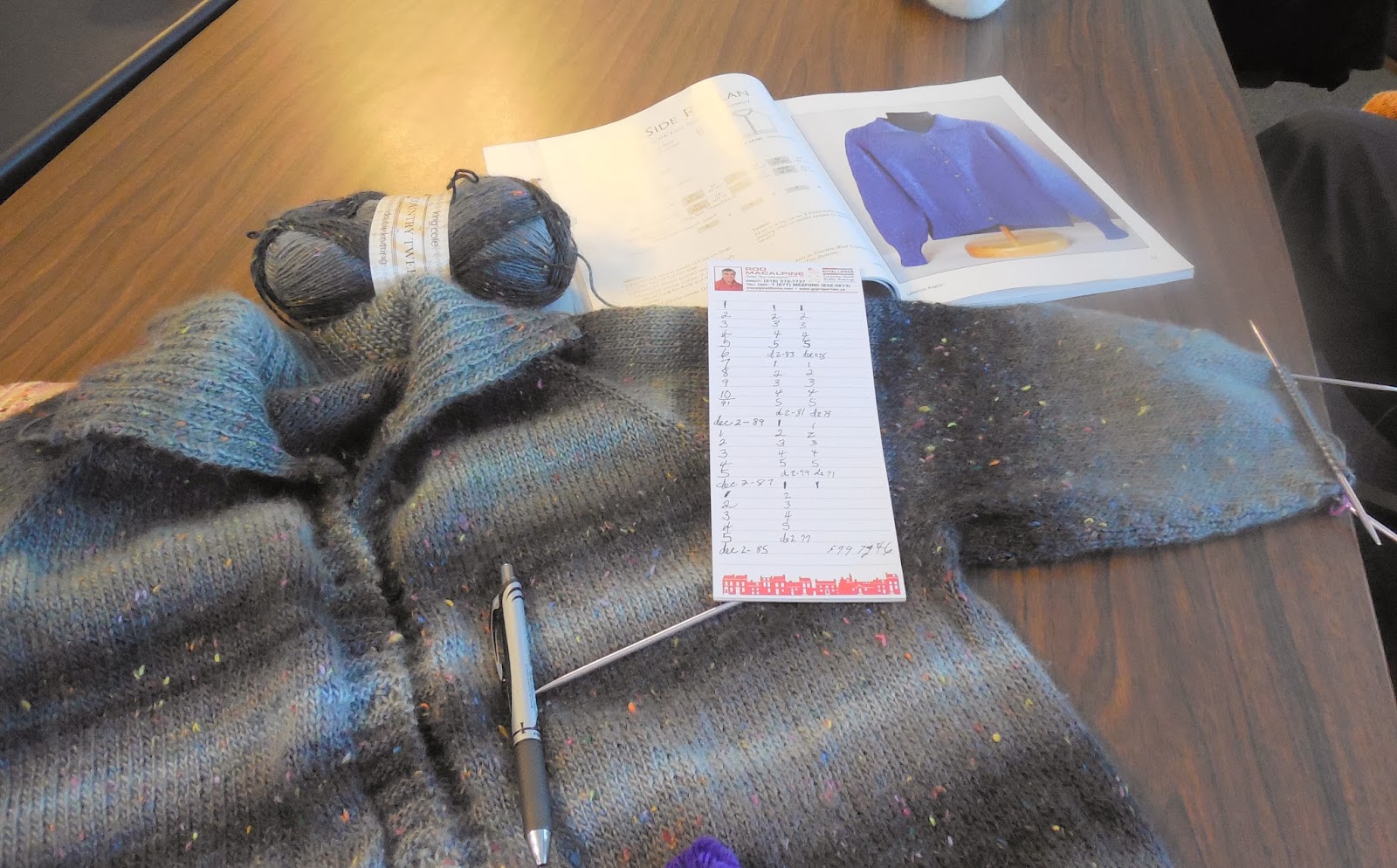 Seen here with her notes, and pattern, she plans on being    finished in time for the closing ceremonies.  I think you will make it, Gail. 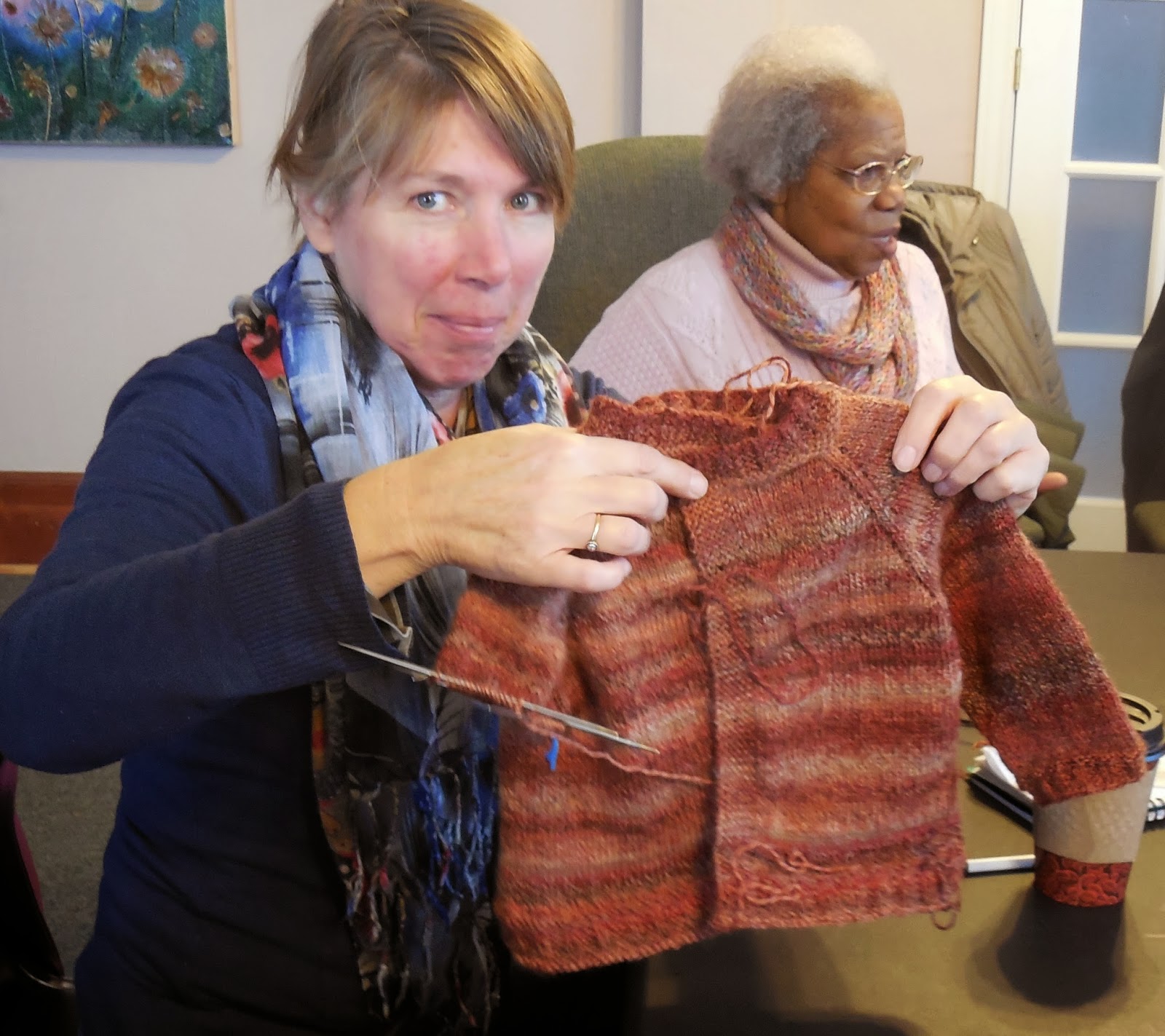 And a PS.  You see a couple of people in the bakground of these photos who you haven't seen in a while.   Doreen has not been out for a few weeks as sadly, her husband passed away.

You also see Sandy B who has been in Toronto since mid-December.  Her husband had back surgery and after the hospital stay  spent many weeks in a rehab facillity.  Sandy says she knew she wouldn't go to Florida this winter but she never thought she wouldn't even get to Meaford.

Next week, there will be medals.

Posted by Brendaknits at 5:12 PM