I have been waiting for a photo to arrive in my inbox  to tell you about an exciting thing that haappened to us in Montreal.

It was in the curling rink in Montreal  that I got my picture taken with two famous people.

Both lovers of curling.  Both famous for what they do.  One has security guards, the other is simply secure.  One has a driver, the other  drives and has a husband who drives.  One has an accompanying  photographer. The  other?  Well, I think she owns a camera.  One had her picture taken once or twice.    The other had his picture taken  many, many times.

But  which one knits? 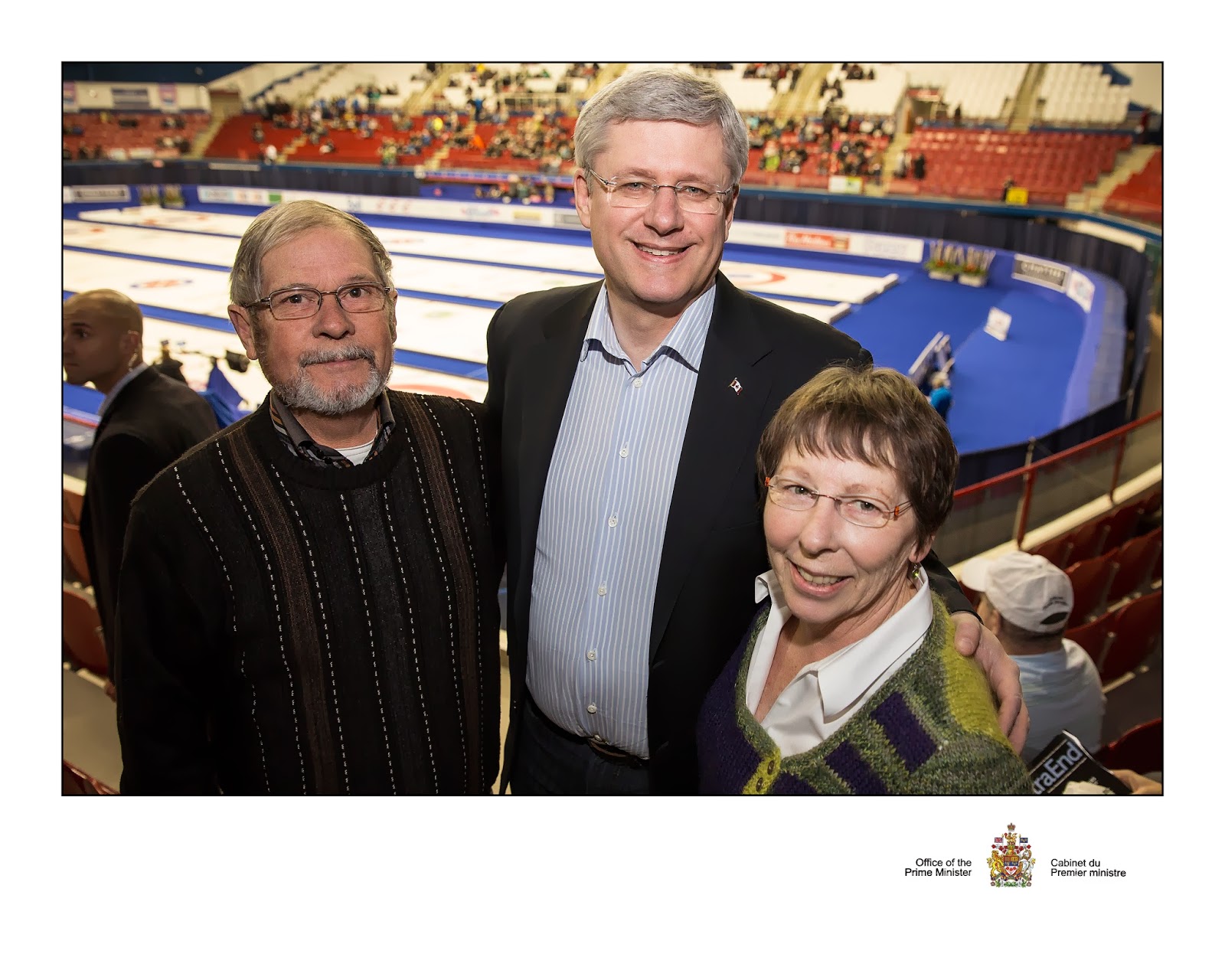 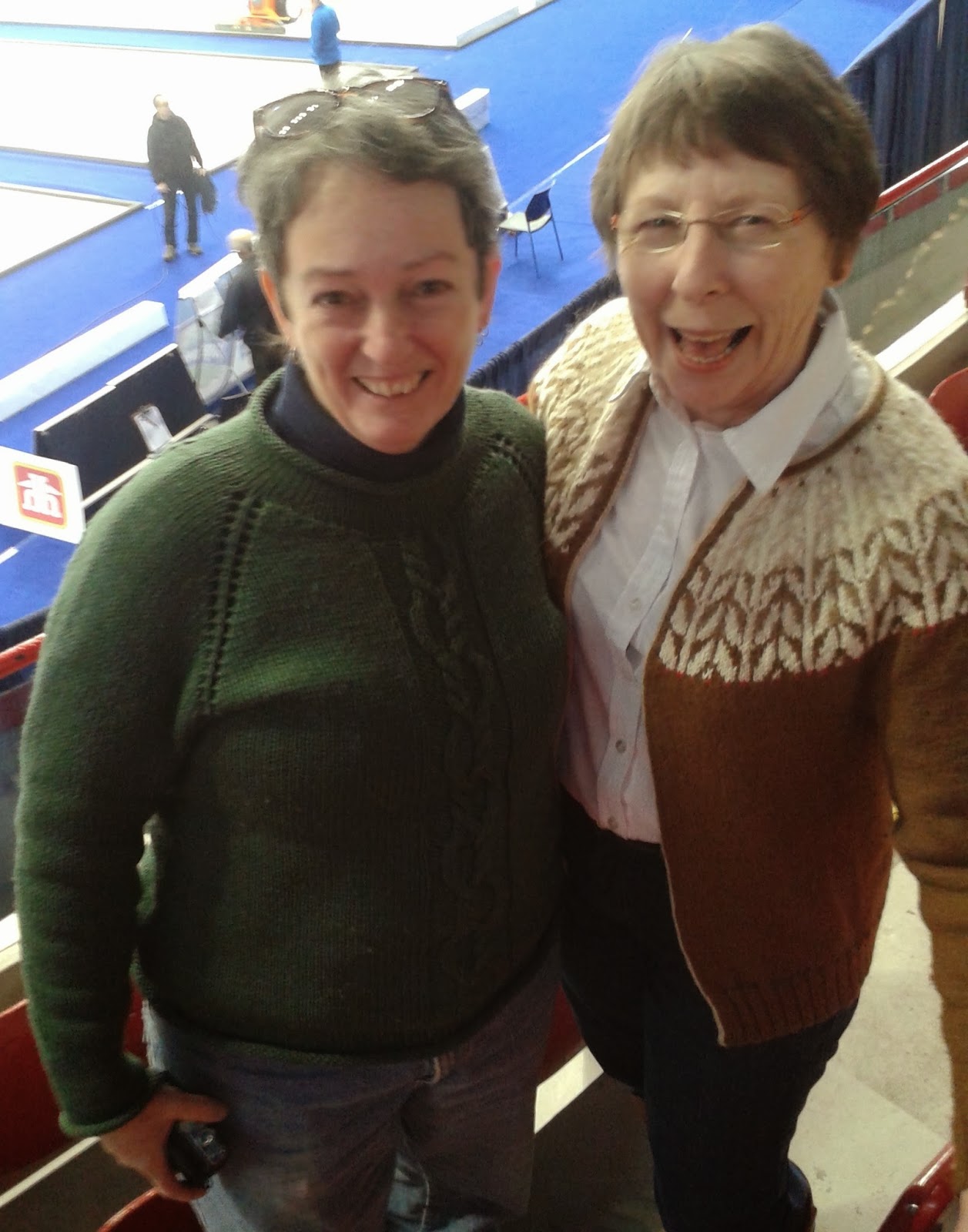 In the company of famous people.  Cool!
Posted by Brendaknits at 7:45 PM

And Brenda had a different sweater on every day!! WOW>