Where Did Thursday Go

As my sisters and I prepare for a family trip to Quebec City and around the Gaspe Peninsula to scatter my parents' ashes, we began the  process by placing some of their ashes in the crematorium in the local, hometown cemetery last Thursday afternoon.

We joked that mom finally came out of the closet.  Eleven  years have gone by since she passed but it was Dad's wish to have their ashes together so Mom has been waiting.  Finally she came out of  the closet.

I stayed overnight in the hometown as the next day there was a reunion.  I can't believe I deserved to receive an invitation to the event -  50th !!! anniversary of our Grade 13 Graduation.  But the organisers were right.  That is my picture in the year book.  In anticipation, I told my sisters that I would go 'for awhile'.  I couldn't imagine staying very long.  But, party animal that I am, as I took my leave, I looked around and realized I was one of the last there.   Guess a good time was had by me.

So was there any knitting time? Not much.  With both Lacey and Fauxnel renovated, I began a serious start on an overdue project.  While in Baltimore helping at the Shelridge Yarns booth, Lyn asked if I would knit and write up the pattern for my Colour Block  sweater, using Shelridge Yarns.  Of course, I said yes.  It  has been awhile since I've written a  pattern and I had forgotten how much work it is.  Colour Block is top down and  Contiguous with multiple colours. 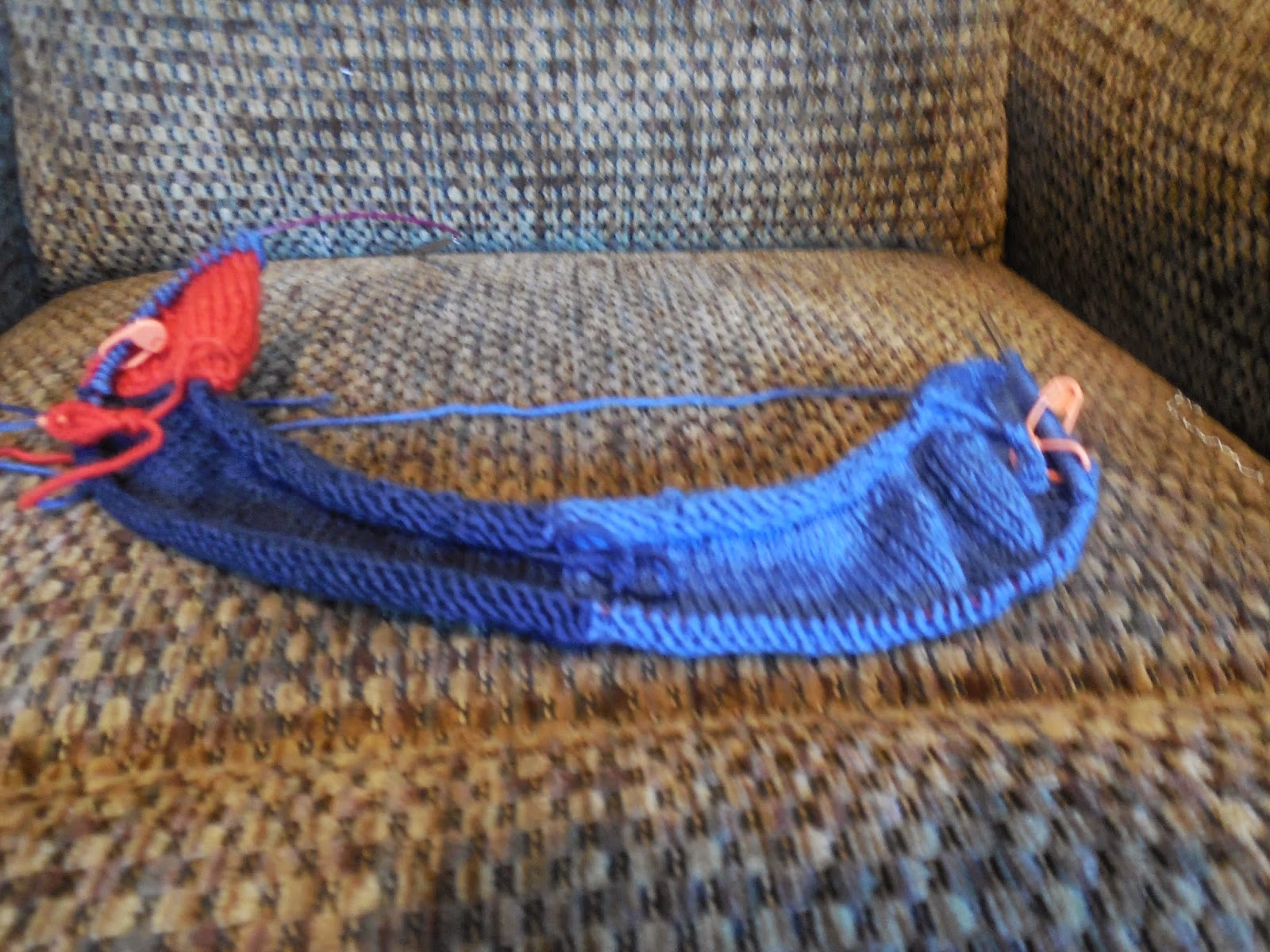 There have been several starts.  At last, though, I  think I truly have started.

Driving around the Gaspe Pennisula means lots of passenger hours in the car.  My goal is to get the sweater past the point of complication so it will be perfect car knitting.  The second goal is  not to spill  ashes on it. Sorry, couldn't resist.

Posted by Brendaknits at 1:01 PM

What a wonderful trip to celebrate your parents.

Hang in there Brenda. Writing patterns is hard but very rewarding. You can do it!