What a wonderful day some of the Meaford Knitters had on Friday.

First Stop was the sock exhibition called The Homefront, at the Tom Tomson Gallery in Owen Sound.  The curator did a marvellous job of displaying the hand knit socks in a creative, artistic way that paid tribute to the soldiers who wore them. 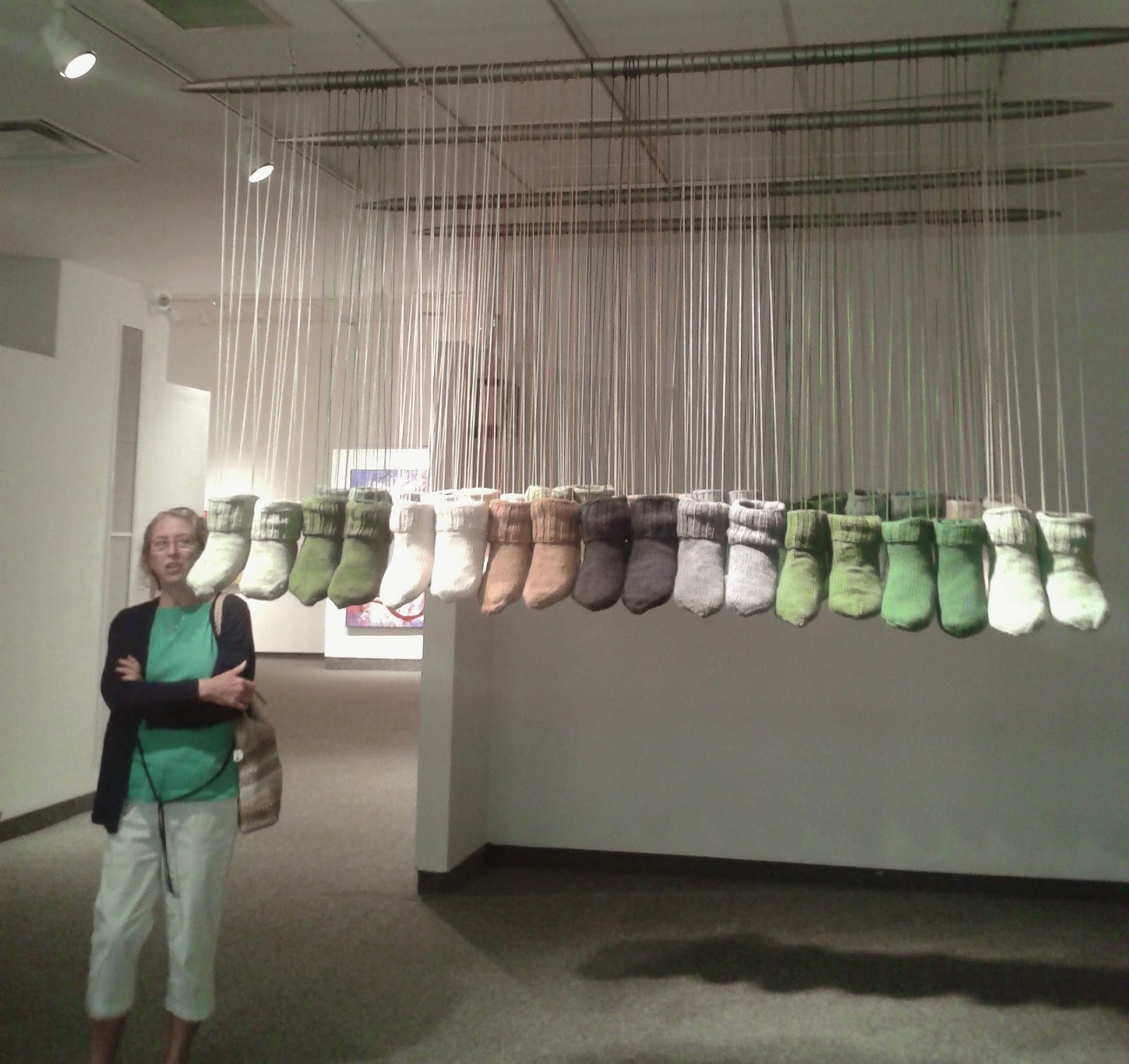 She made papier mache forms to insert in each sock - and given that we counted 93 pairs that was had one heck of a lot of papier mache.  Then she hung every pair from a rod that she had carved and painted to look like double pointed needles. 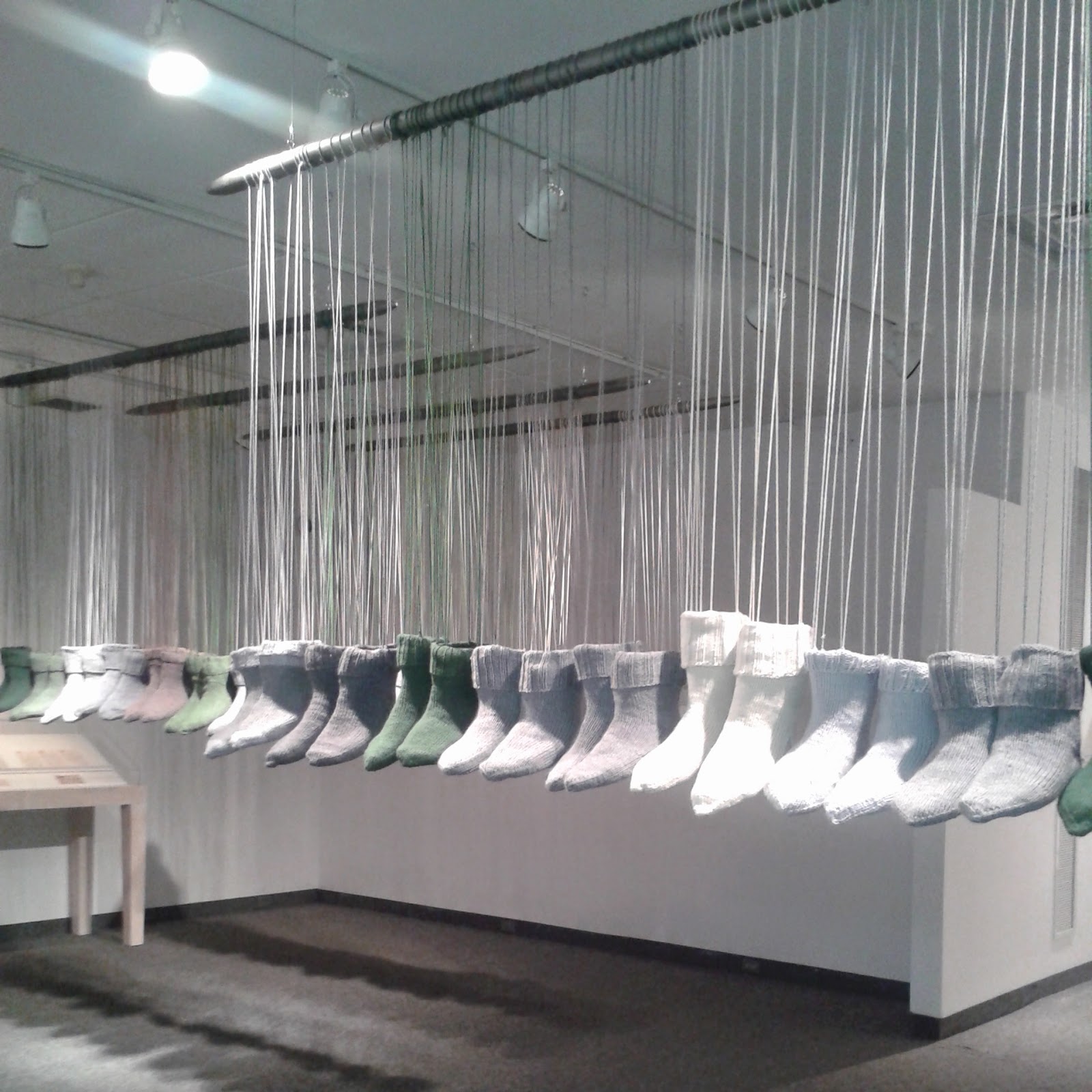 The socks were placed in platoons - just as the soldiers who wore them would have been. 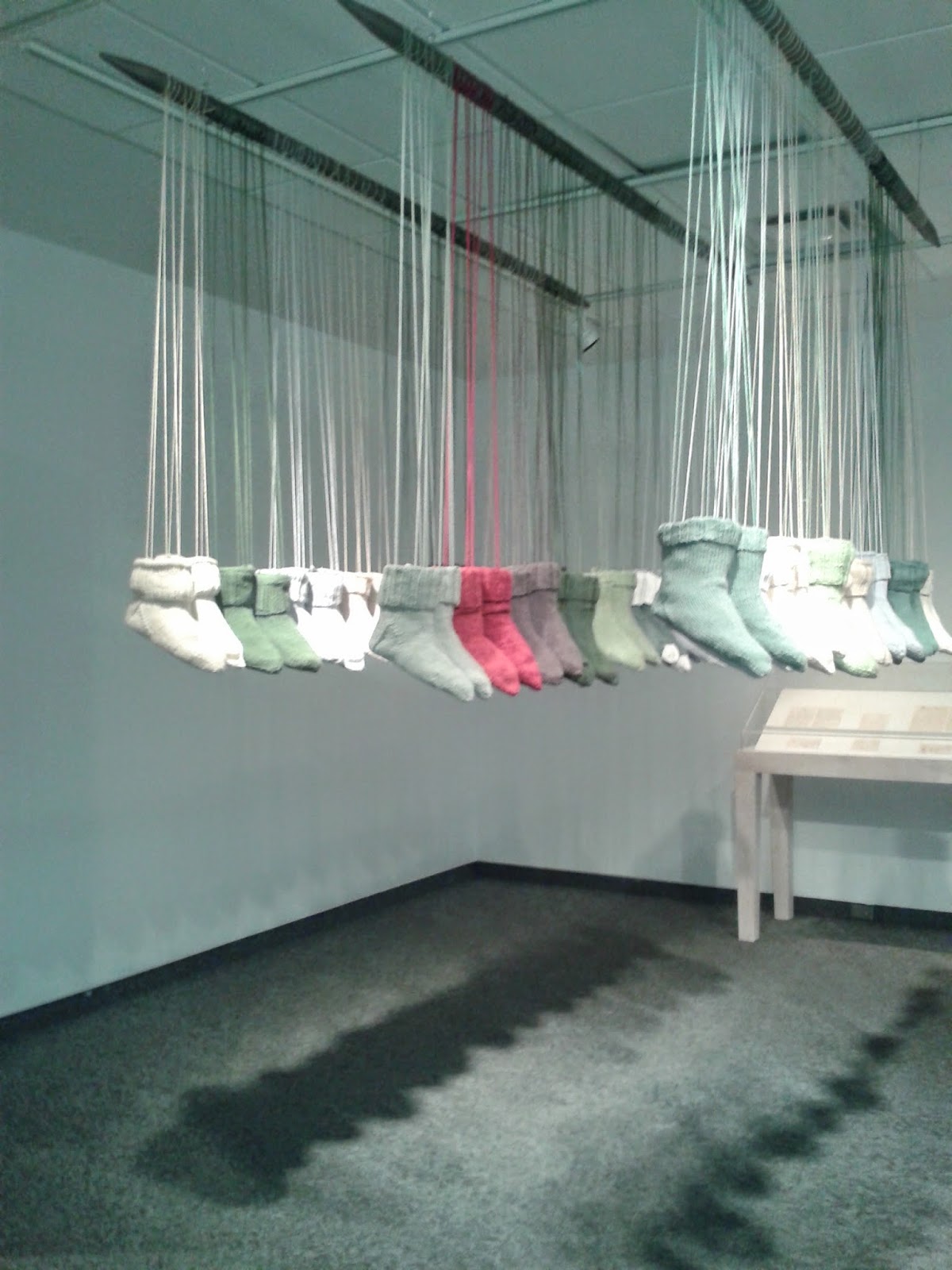 In addition to the socks there were many letters written by soldiers during the first world war thanking knitters for sending them a pair of socks.  Some cited wet, cold feet.  Some told of how quickly their socks wore out.  All expressed gratitude that a knitter would knit and send them a new pair.  Given that we saw the display on the 70th anniversary of D Day, it was quite an experience. 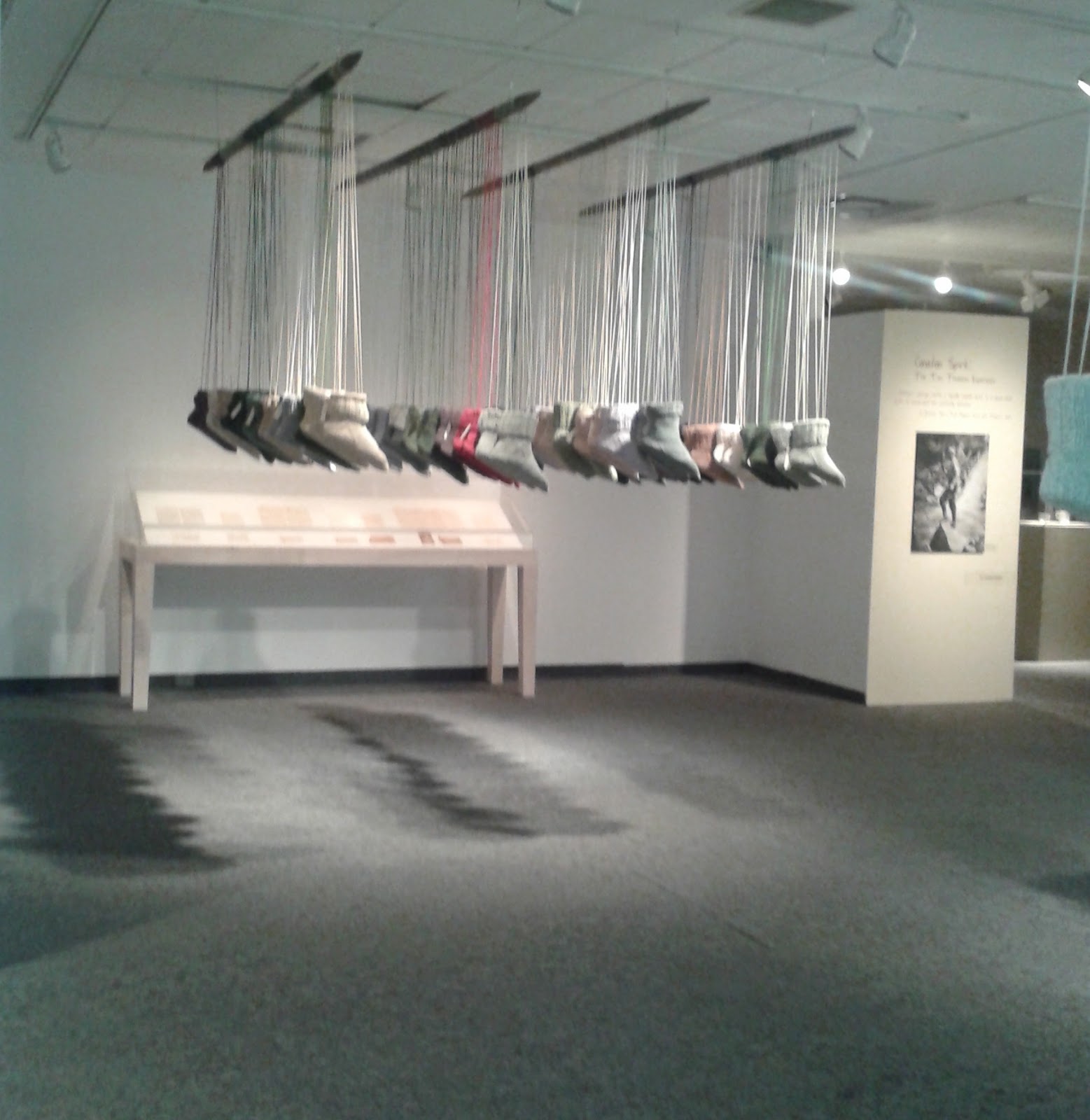 The curator had  labelled each pair with the knitters name and  we were all able to find 'our socks'.
There was a 'thank you ' list and Meaford Knitters Group was on the list. 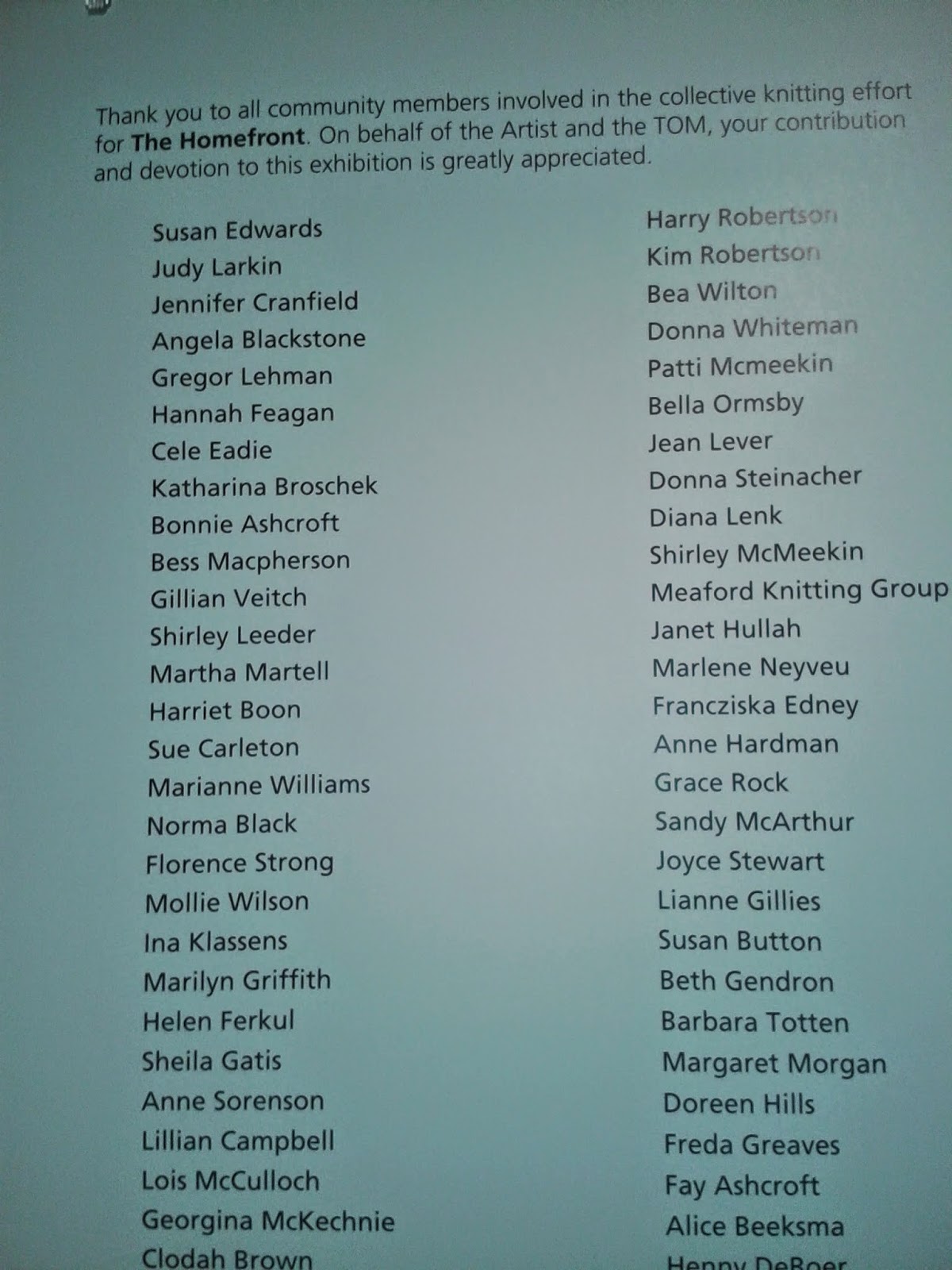 After seeing The Homefront, there was a great lunch, some yarn shopping and the first ever experience of attending the 'store' at the Handspinners Association of Ontario's weekend seminar.

Fibre, fibre everywhere,  all day long.  Knitters to hang out with. 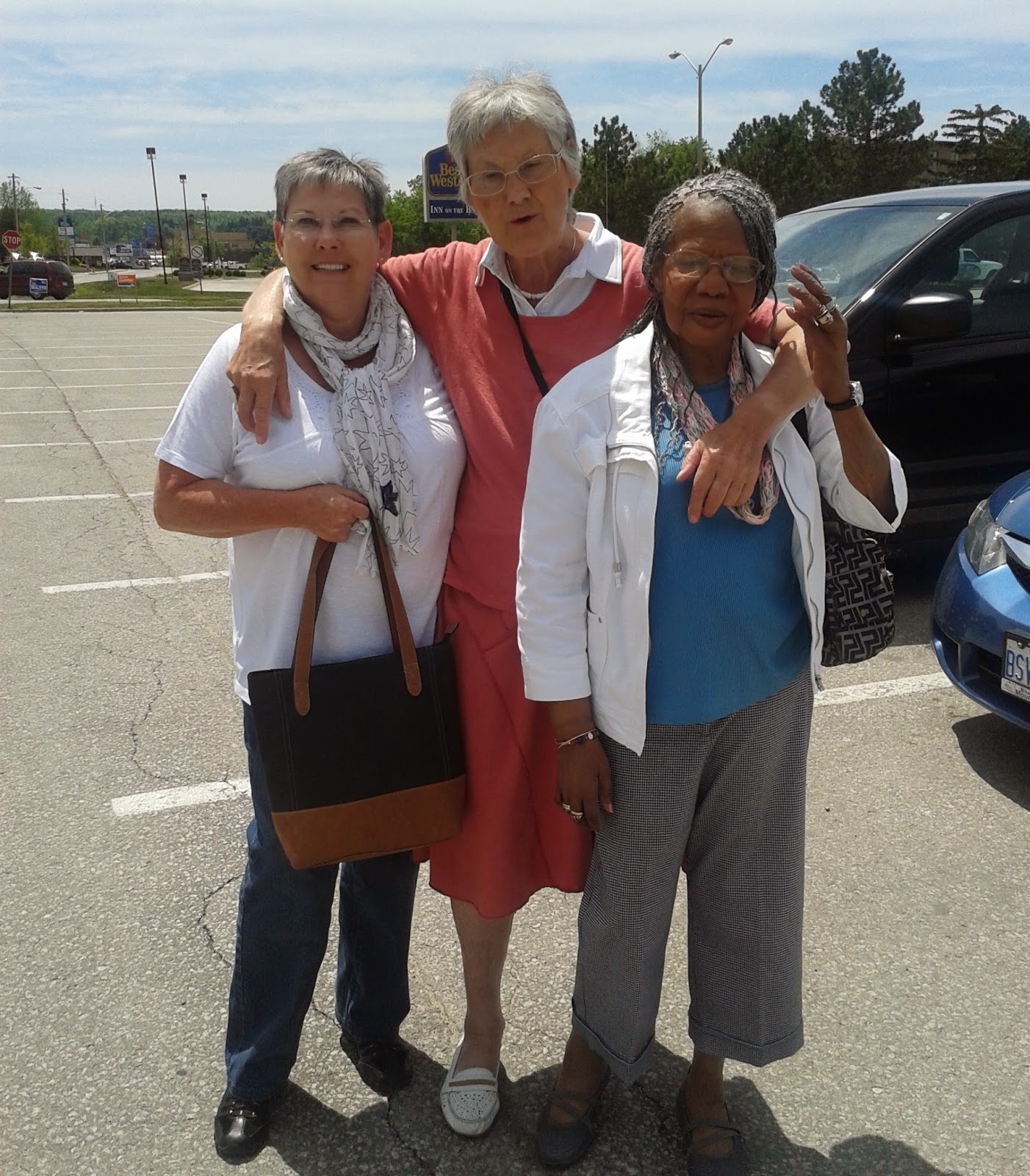 What a great day.

While we are in wonderment at the number of paper mache feet the artist made she could well be thinking how nutty we are taking the time to knit socks!

Cado loco con su tema, or to each her own! I'm crazy about socks. What a wonderful exhibit and day for you all.

Fun day!Thanks for sharing the photos of the exhibit and the gals!
teresa_a

You are welcome Teresa. And thanks for the Spanish lesson Julia.