I am sure you all noticed the bright, cheerful, green cowl worn with the Miss Lacey Tee in yesterday's post. 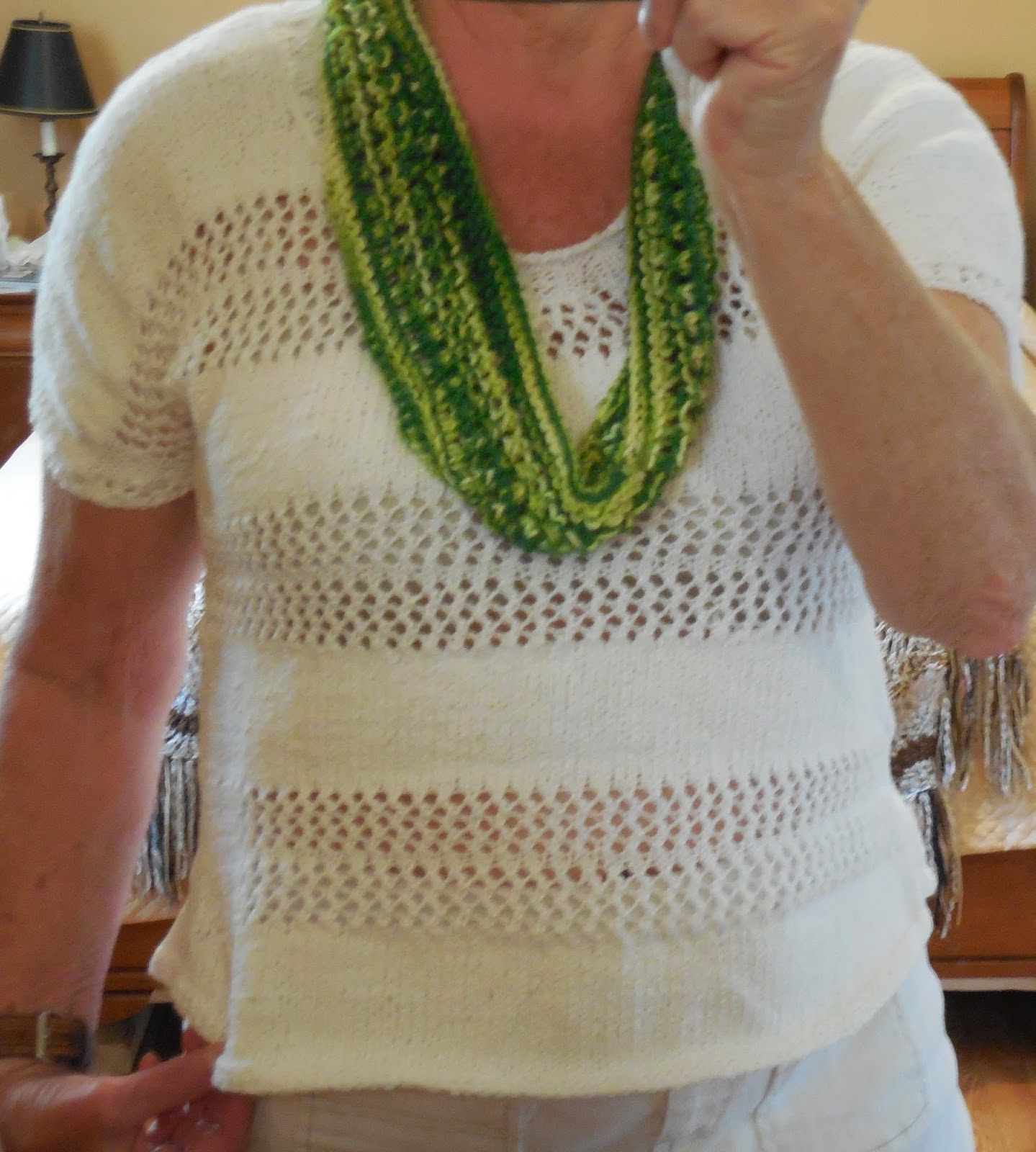 Of course you did.

White is not the best colour for me.  I knew that when I started Lacey but  had intentions of buying some great, chunky, colourful jewellery  to accent the tee in a colour that suits me better.  Then Wilma made her great summery cowl and I thought 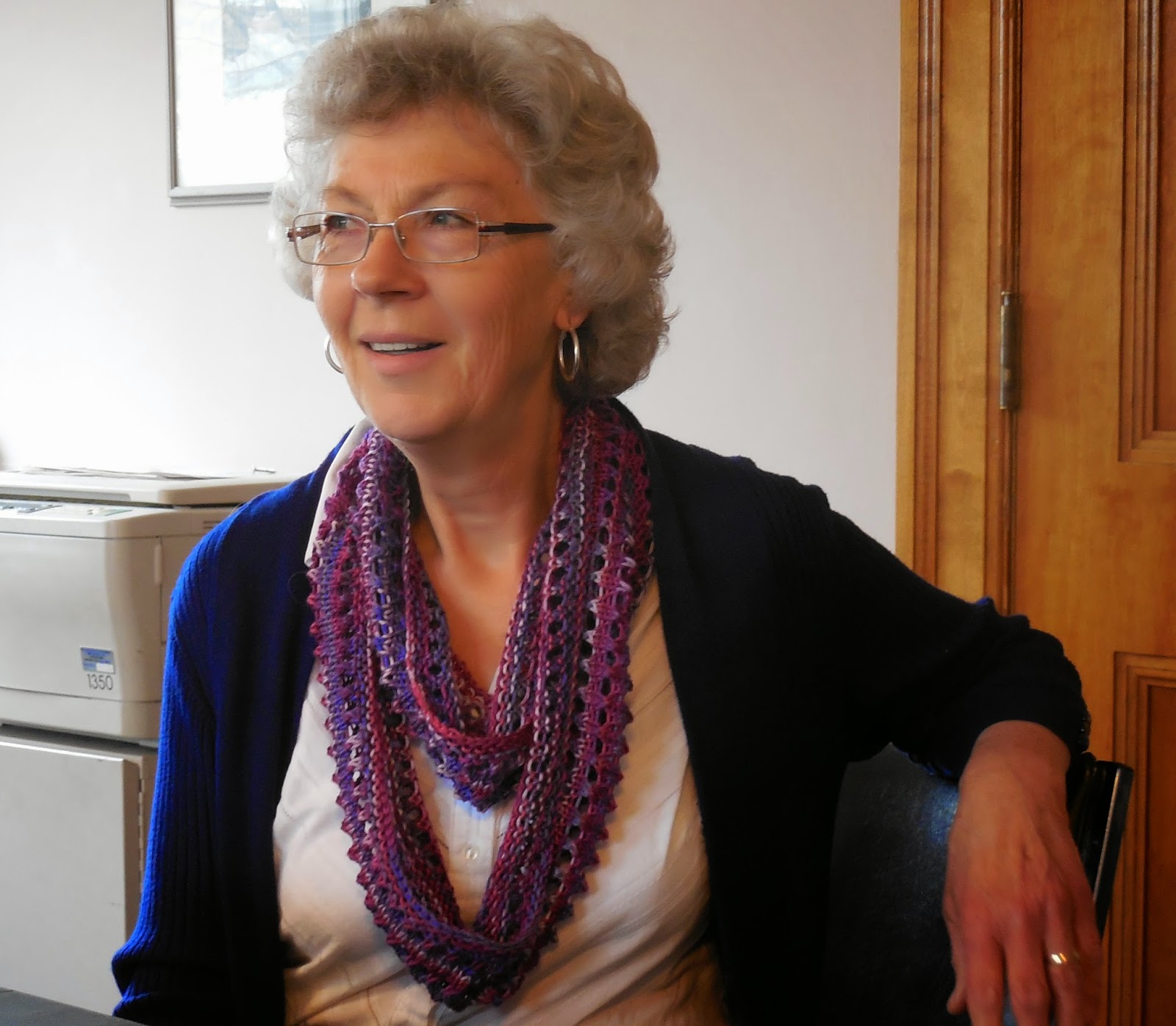 At Riverside Yarns on Saturday when St. Mary's did Thornbury, I spotted some bright and cheerful dishcloth cotton by Estelle in shades of green - my favourite colour.  I bought 3 balls for a grand total of $6.

Sunday evening, knowing that my white Lacey was having her debut on Monday, I cast on for  the cowl.  Making up the pattern as I went along, I cast on 112 stitches with a 5 mm needle.  Joining in the round, next came  5 rounds knit in  garter st.  The body of the scarf was a three round repeat  -one   round of YO K2tog, one round of knit, one of purl.  Repeat the three rounds until cowl width suits.  Work 5 rows of garter, then cast off.  Mine took one ball and a bit of the cheap and cheerful yarn. 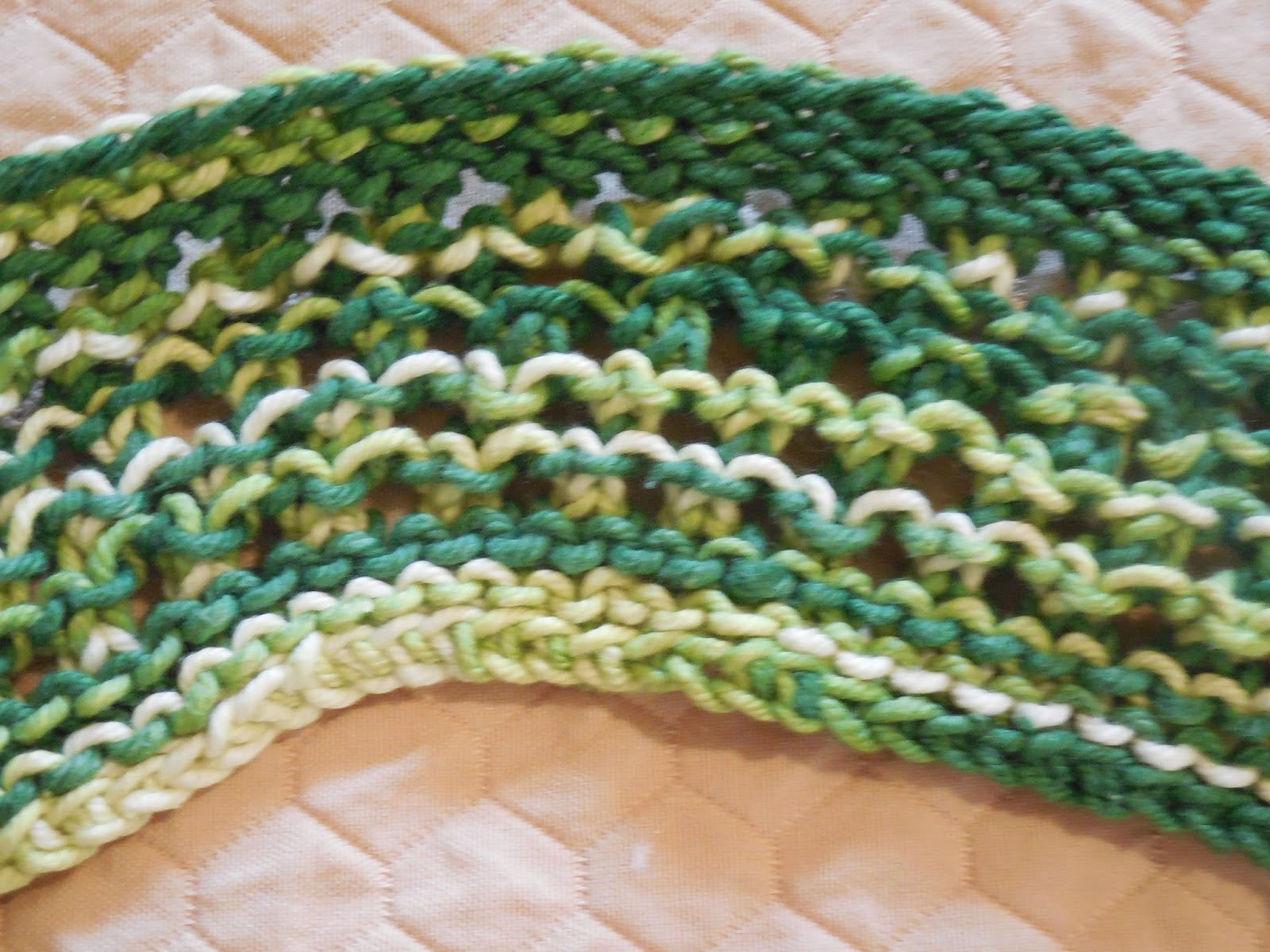 I know the cowl was effective in distracting viewers from the not so complimentary white because  of the comments received during Lacey's debut.  I was told how summery the cowl was, what a lovely touch it added and was asked if I had knit it.  Not once was I asked if I knit Lacey.

That either says something very good or very 'bleh' about Lacey.

Brilliant! You know, a little cowl like that out of some fancy satiny ribbon yarn would look great too. It wouldn't cost 6 bucks though...

Both your top and the cowl look great!