Fatigue.  Defined, initially,  by my mini Canadian English Dictionary as weariness.  True, been there many times.  But that doesn't describe this. 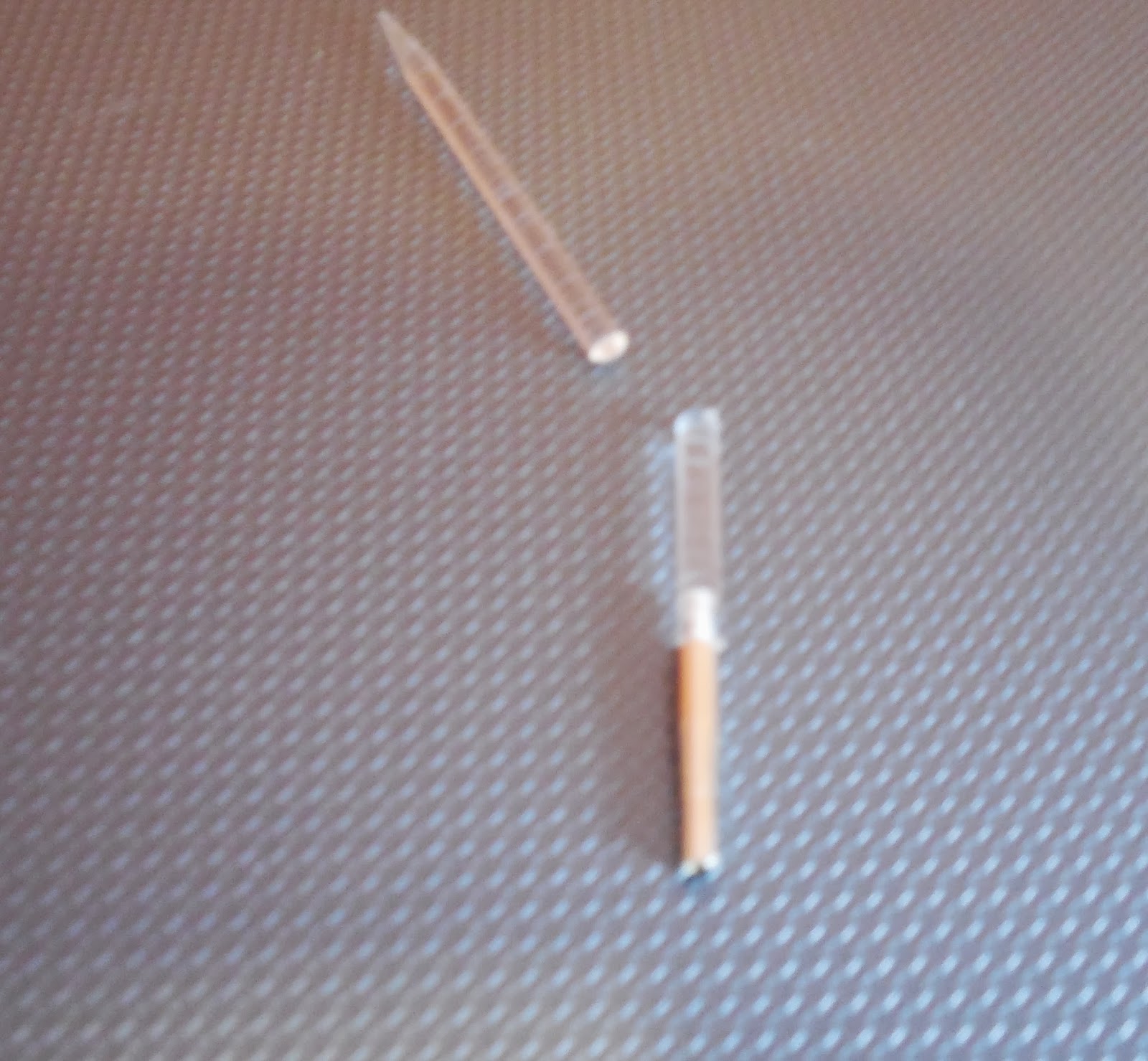 I need to read further to describe what you see above. "weakness of metals etc., subjected to stress".  Indeed.  I guess plastic, like metal, doesn't last forever.  The break happened mid-row, that is colour-work row,  on the weekend, resulting in the rapid drop of several stitches.

This plastic demise by fatigue has been happening too much lately in my world,.  The knitting needle broke  just a few days after I came off the ski hill wondering why my right boot felt so loose.  Turns out, there was some fatigue happening there as well.  A piece of plastic the size of a greeting card had broken off the front of my boot.  Considering that skiing involves risking life and limb by hurtling down steep slopes at high speeds, I considered myself lucky to have survived that break in tact.  It put  the few, dropped, colour-work  stitches, caused by  the needle break, into perspective.  It was just a  minor incident.

Patting myself on the back for having had the foresight to  purchase not one set of Knit Picks Interchangeable Needles, but two, meant  it was a simple thing to switch out broken for intact.  Set number two is Nickel Plated.

Knitting back on track, two working legs and the newly acquired knowledge that plastic tires more quickly than metal.  Quite a weekend!

Posted by Brendaknits at 2:16 PM

Glad your leg survived the boot mishap and happy that your other set of needles was a bit hardier. This sweater is interesting to watch as it comes together.

I wonder if this is why they have discontinued the Zephyr needles?

Yikes to both breaks! Glad your boot held up down the slope.