Today, knit group was relocated to Gail's house as work was being done at the library. Gail lives in the last house before the harbour and this is the scene that greeted me as I parked my car. 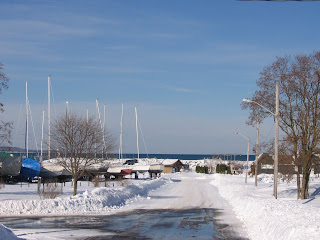 The bright blue of Georgian Bay and the sail boats tinkling in the breeze. Could we knit outdoors?


Indoors was good too, though.

Bonnie was wearing one of her 'first-ever-for-me' sweaters. Perfect fit. Proud knitter. 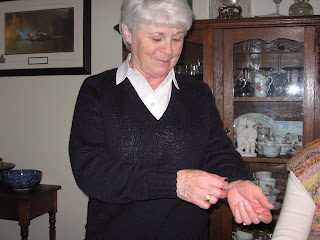 Adorned with a curly scarf made from the yarn that curls itself and is all the rage this winter. 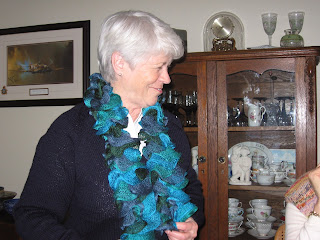 Several in our group have made these scarves and despite the gorgeous finished product, none liked working with the yarn. Too fiddly is the complaint. 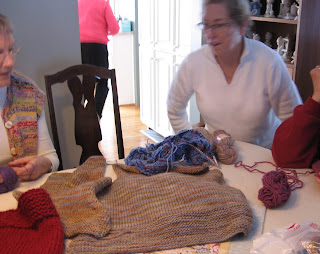 Wilma too has started a Nimbus in a deep, rich red. (There's that anti- mid-winter-blahs colour again.) What do you call two Nimbus? Nimbi? 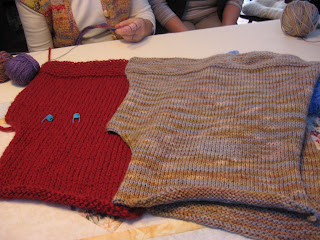 Doreen, made a gorgeous cowl and hat. Red again. 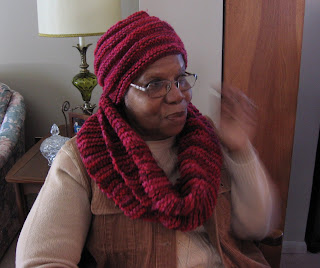 She says she's had many covet the hat but she's only offering up the pattern. The hat is hers to stay. 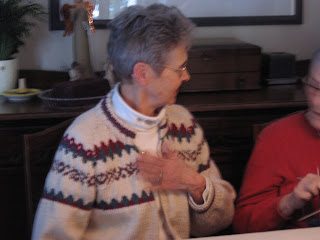 Tanya, despite a heavy weekend in the USA where she was taking a course managed to get a few rounds knit on her Fish Hat. 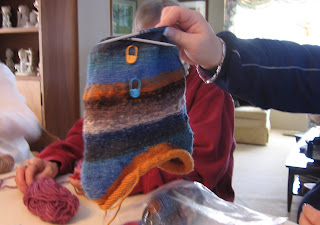 And, she brought Red Velvet Cupcakes to the party. 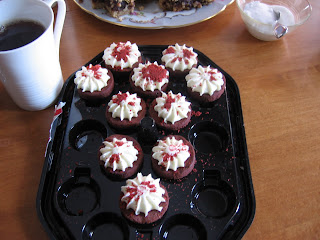 I believed her when she said she made them herself and asked her to be my daughter- in- law. Turns out she bought the cupcakes, so she thinks she's off the hook.

Another fun day with food and yarn. What's not to love?

Posted by Brendaknits at 6:48 PM

That was a wonderful afternoon. Glad I took off early from work for it. Thanks to Gail for being a wonderful hostess!