Not All Of Us Fish

Fred has discovered surf fishing. You know - the only people on the beach not in a swim suit. Not covered in sun screen. Not carrying a beach towel. Instead he's one of the guys pulling a 'homeless'  fisherman's  cart. Filled with poles, bait, lunch, tackle, lawn chairs, cutting knife and most importantly, Fred says, enthusiasm. In this photo, he's at the locks,, rather than the beach, but same idea. 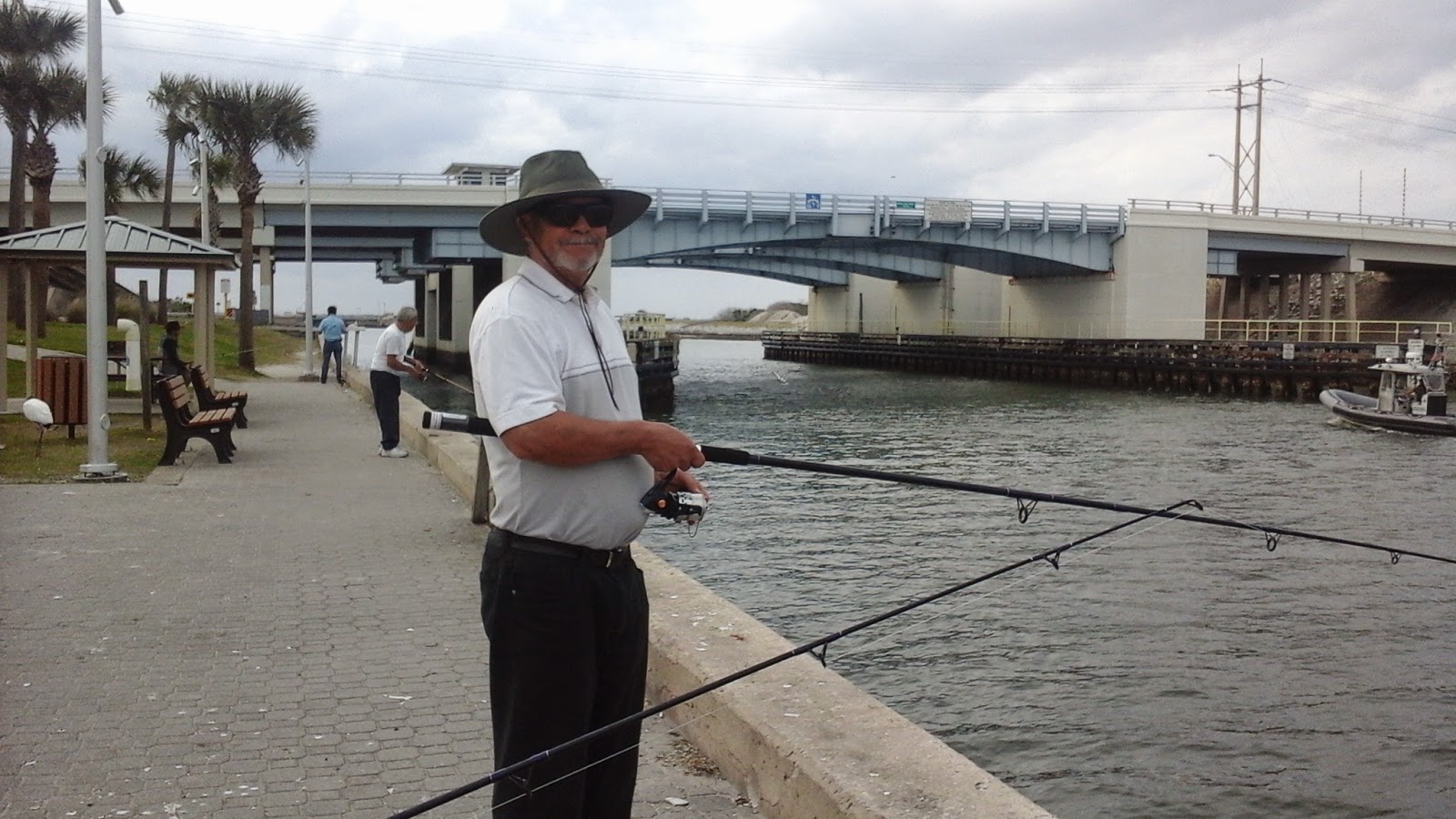 In the mean time,  I started a sweater. Called the Patchwork Sweater  - original name -😃! The changing colours and changing stitch pattern make it an interesting knit.  Here's how much fishing time Fred's had. 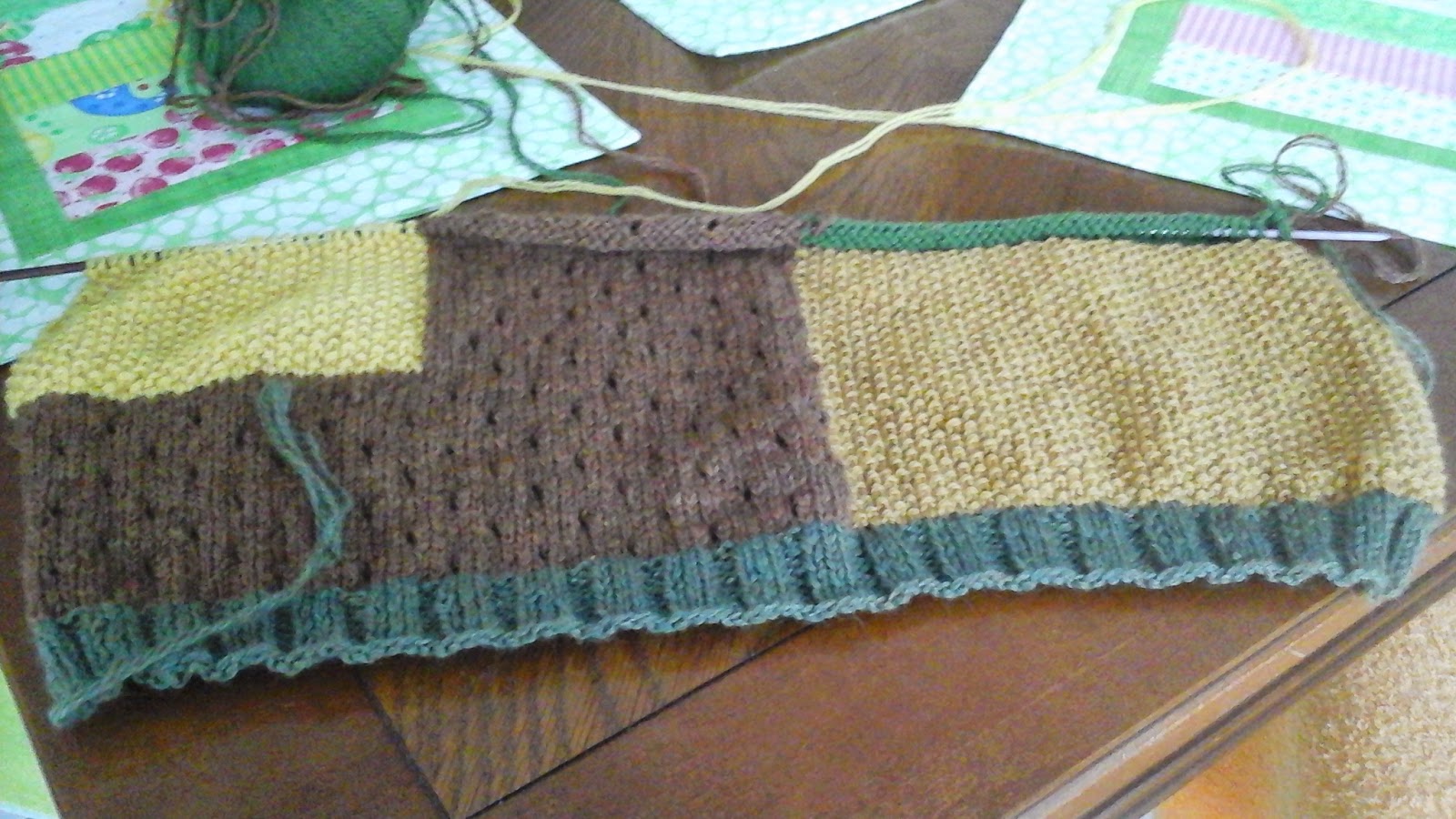 Posted by Brendaknits at 8:45 AM

Good for you! Enjoying Florida and all. Yes, there are yarn shops in Florida... Pattie and I did a yarn crawl there in February of 2009! Have fun!!

Has he any fish to show for all that time? Not important of course since the "fishing" is the important thing.
Love, love, love the sweater.