It has been a long time since I have had  as high a knitting productivity level as I had last week.  It seems that stormy weather can greatly heighten my  knitting output.  In addition to the two and a half hats I mentioned in yesterday 's post, I also knit two scarves. 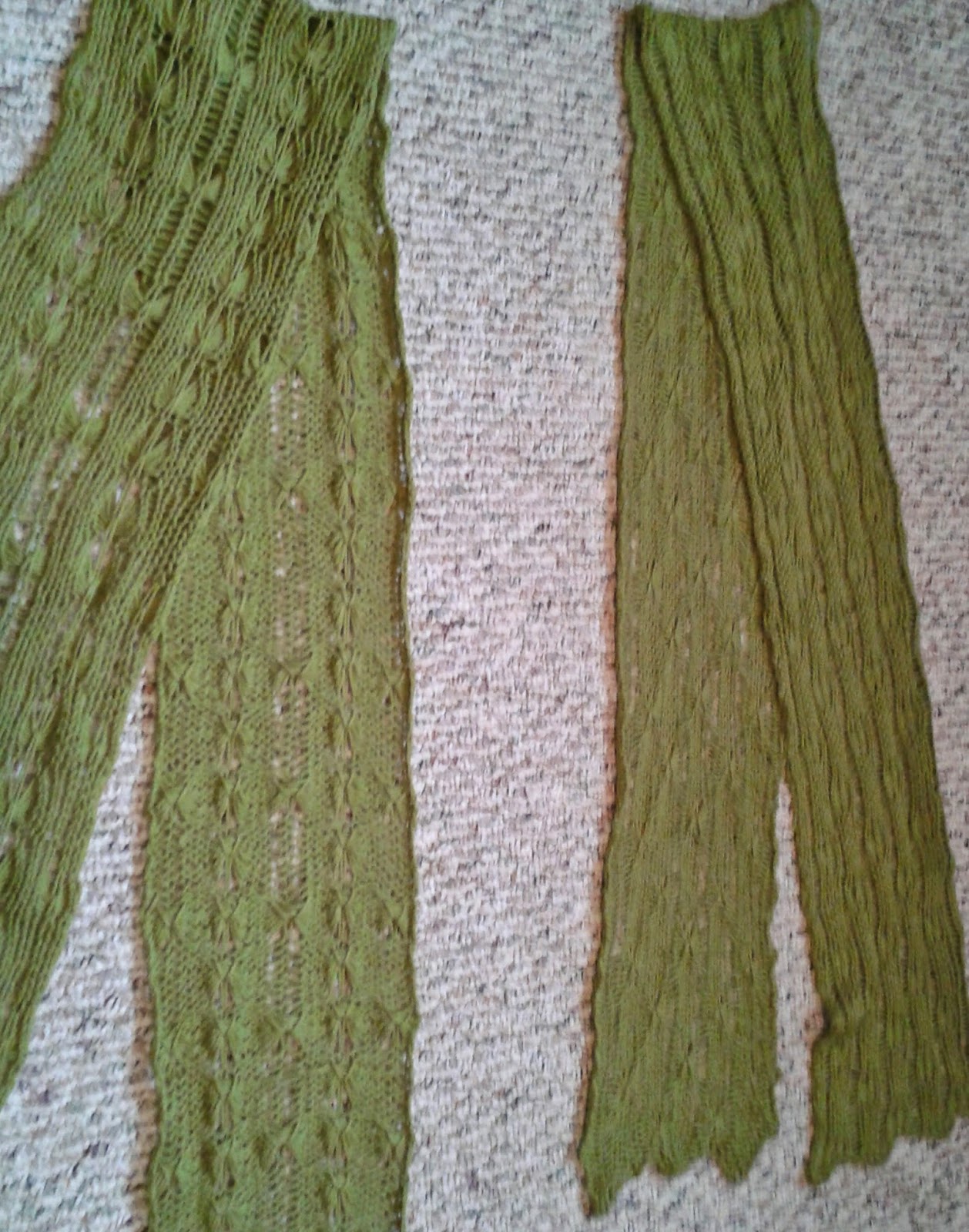 Washed out colour due to no flash.
Machine knit them,  mind you.  But machine knitting, for me at least, happens so infrequently that I begin from the beginning each time I use the machine.  Remind me again how  I cast on/ short row/ create lace. 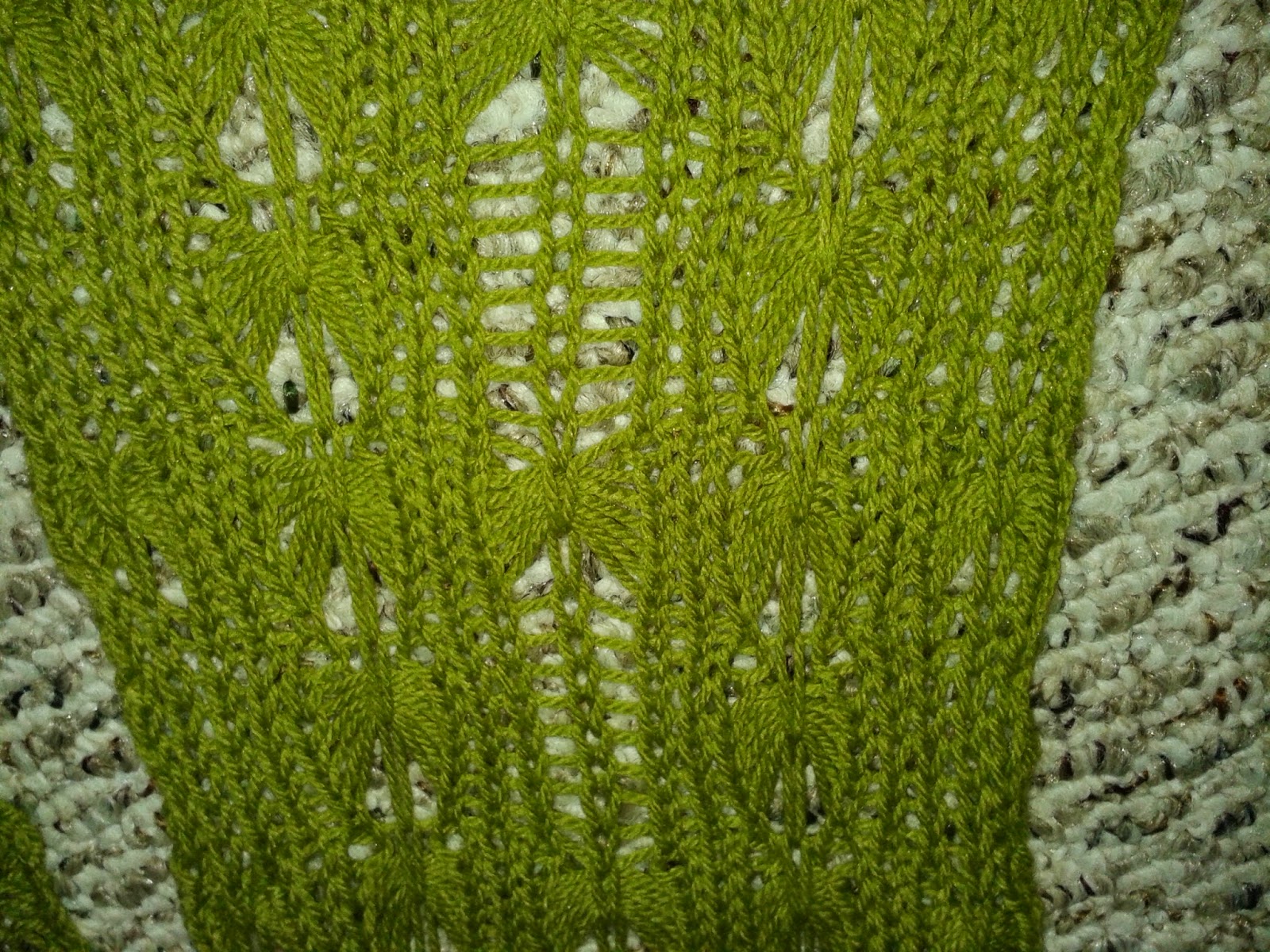 Last week, I decided to resurrect my machine and spend a couple of stormy afternoons using  some stash yarn and knitting  a few scarves. I had managed to acquire several patterns for machine knit scarves and wanted to try them out. In the end, I discarded all the new patterns as being too much work. I can't see the point of fussing for hours/days with a machine knit piece.    Isn't it the object of machine knitting  to be able to complete pieces faster  and with less frustration than hand knitting?

Instead I returned to a lace, scarf pattern that I have knit previously. 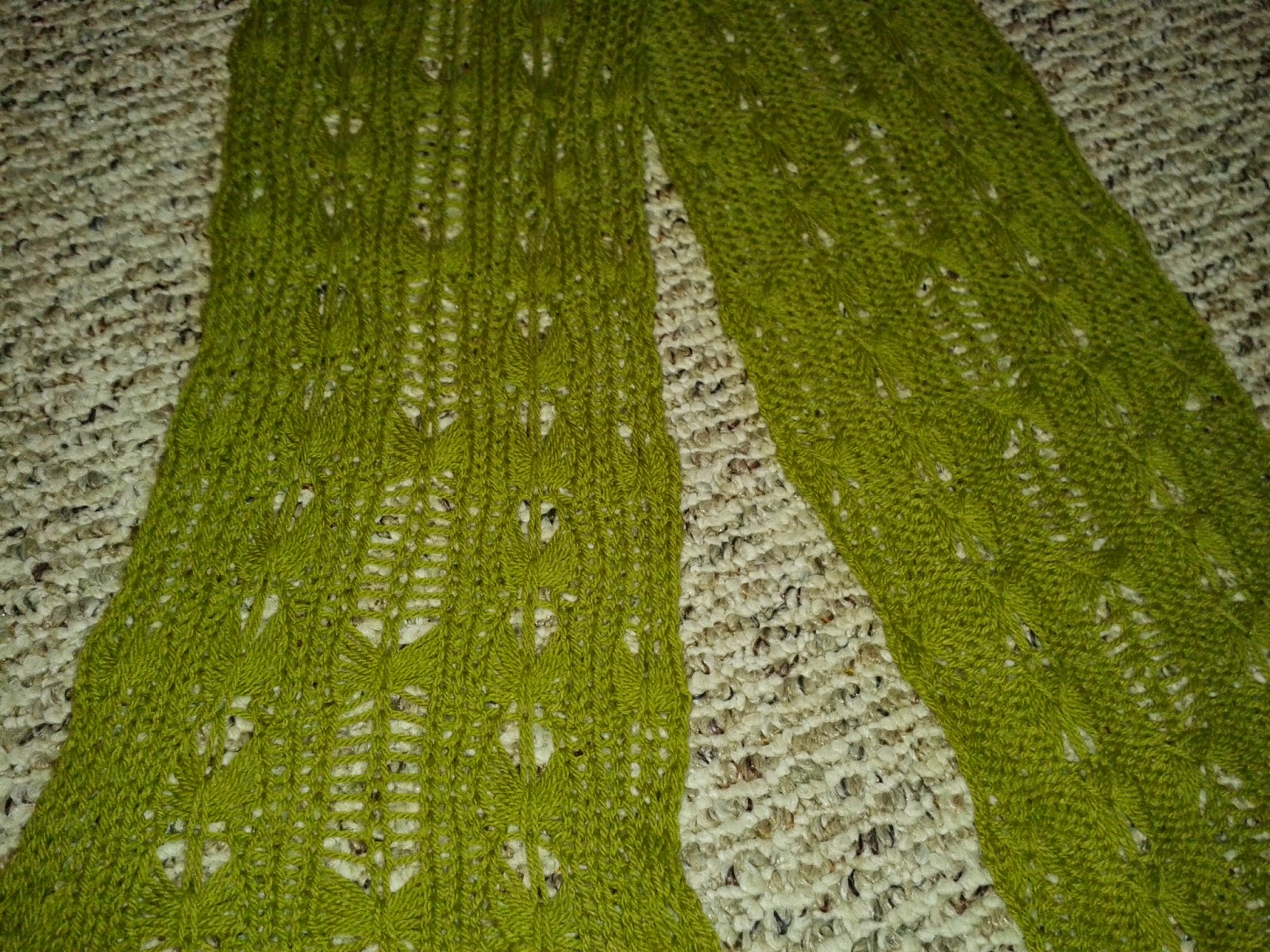 It is easy and fast.  I knit two of them last week with each one taking  about an hour to knit.  I made one slightly wider and experimented with a different bind off.  That new bind off  isn't as nice as it could be,  so that one is mine.  The other one, narrower but more perfectly knit,  will be gifted.  I know just the red head to wear this colour.

love those scarves. They are beautiful! Good job.