With thanks to the Lady With Balls whose struggles with this shawl challenged me to try it for myself, I give you my finished 198 Yards Of Heaven. 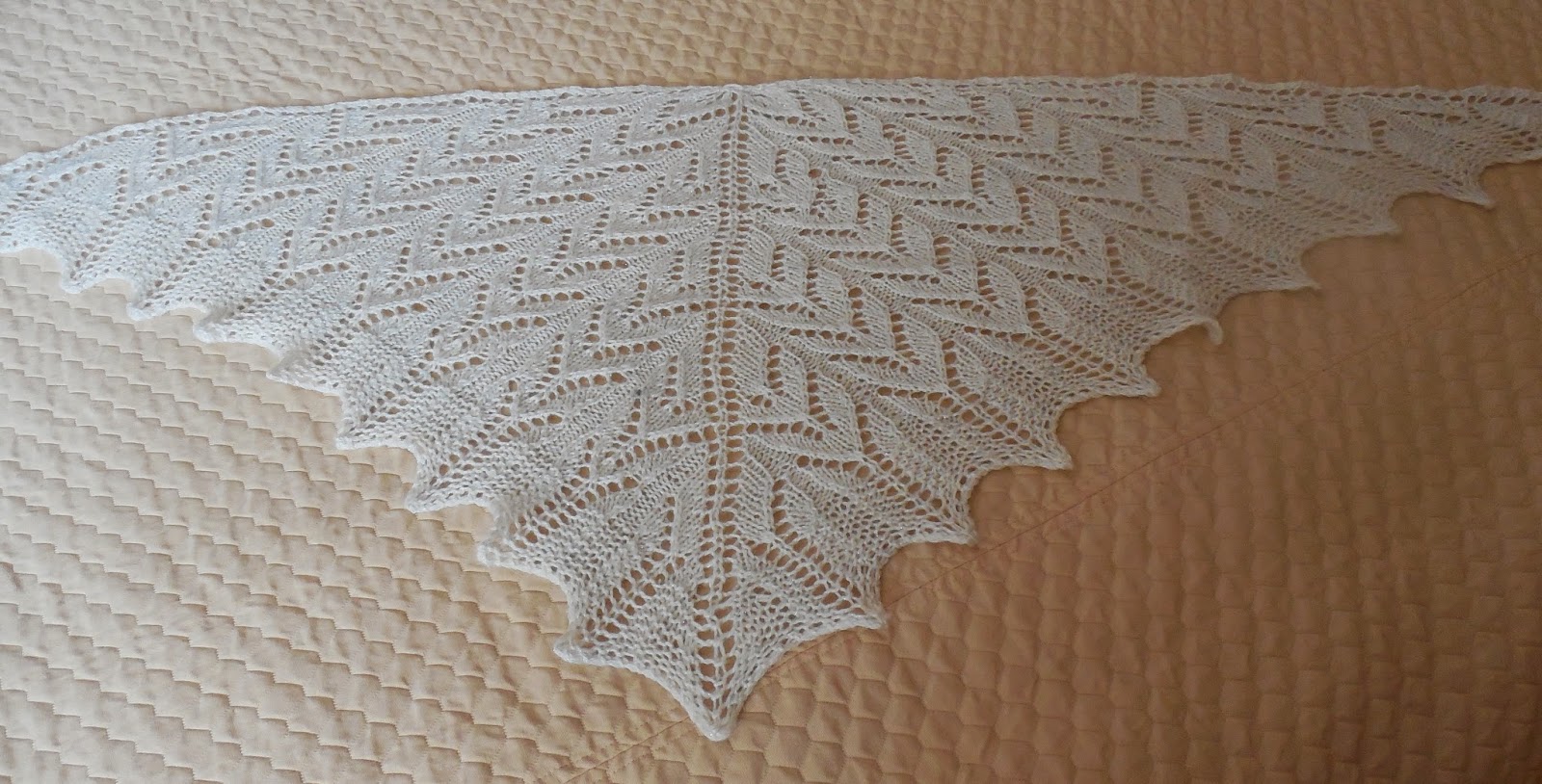 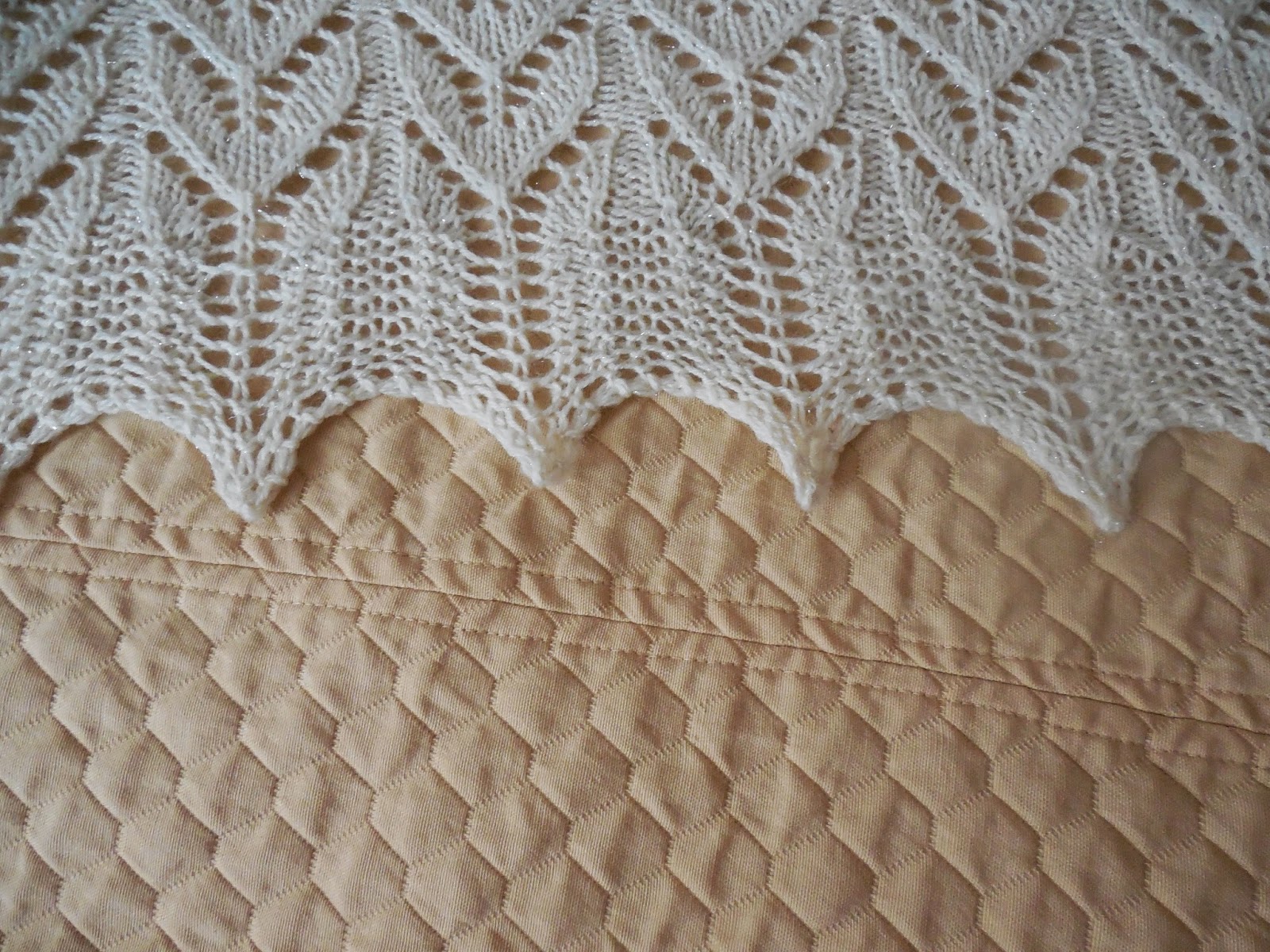 and near perfect knitting give me giddy giggles  of self satisfaction.

I say near perfect, because there is one mistake already noted.  Seen clearly here, with 198 Yards laid flat on my bed, is that extra  (not to mention extra large) hole at the top of an also not-so-perfect section of yarn over 'Vees'.   Lace though is nothing more than holey knitting  and here's hoping that once bunched up around my neck, a few wonky yarn overs  will disappear in the mix.  WOuld you - or I - correct this mistake?  If I had noticed it early on, maybe.  But having noticed it only once the shawl was complete and blocked, my answer is 'No'. 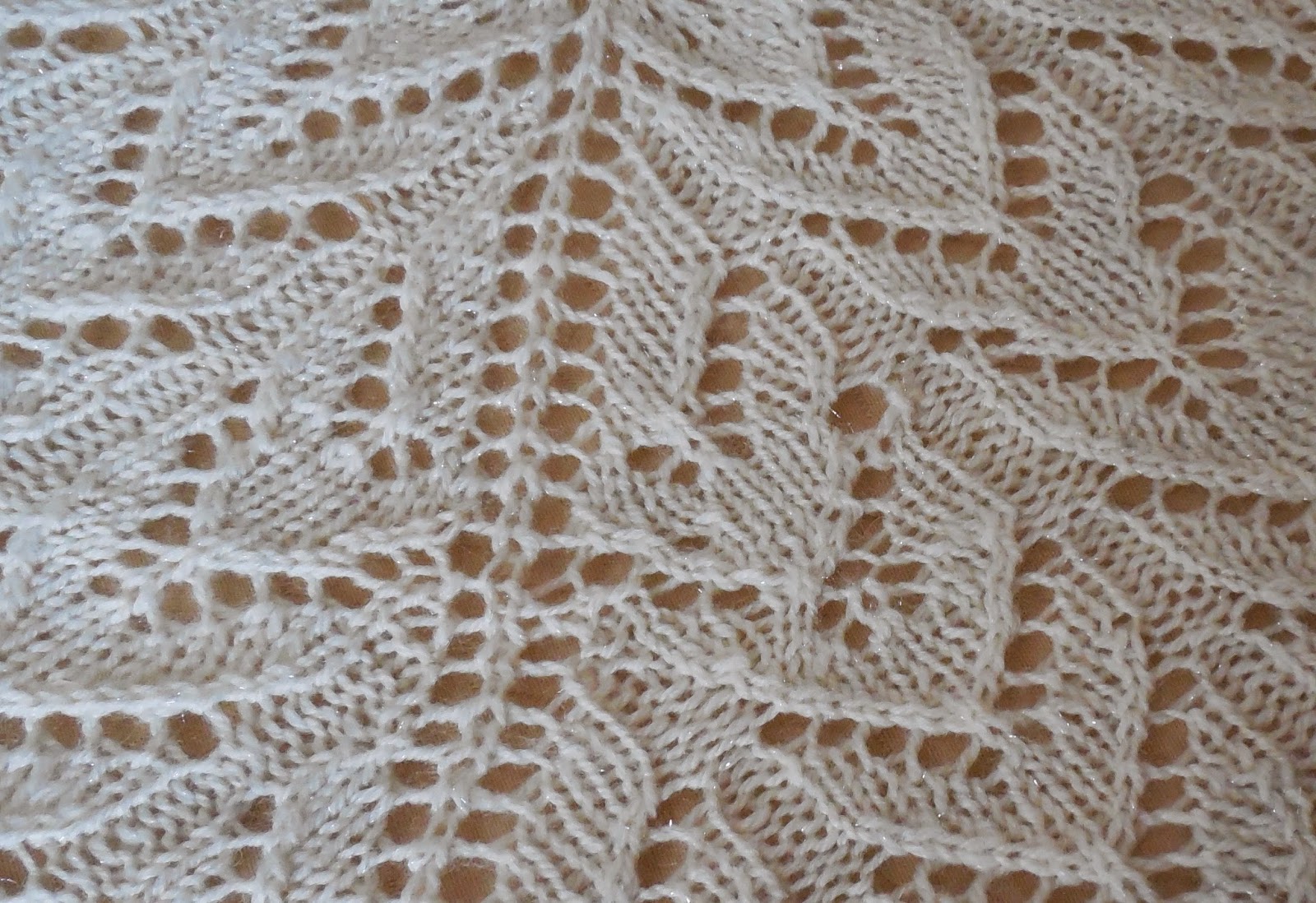 Pattern:  198 Yards Of Heaven.  I found the pattern instructions confusing.  While the pattern in terms of knit stitches was not difficult, the wording of the instructions  was.  My pattern was labelled 'version 3' and therefore was probably different from other versions but I definitely found it could have been clearer.  To that end and for my 'LWB', I wrote  a page of 'tips' and suggestions for (IMO) a better understanding.  If anyone is interested,  email  me and I'll send a copy.

Needles:  4mm.  Smaller than called for but a size that gave me a nice fabric with my finer yarn.

Mods:  Yarn weight. needle size and number of pattern repeats as described above.

What I Learned:  At times,  no amount of pattern reading/studying  will help with understanding.  Sometimes you gotta' knit it to get it.
When you end the pattern repeat on a row different that the one the designer suggests, chances are the border won't line up properly. At least that is what happened to me.  I had to study each row of border  instructions  until I came to one that  would line up properly.     The lining up was important because  - as you see here - 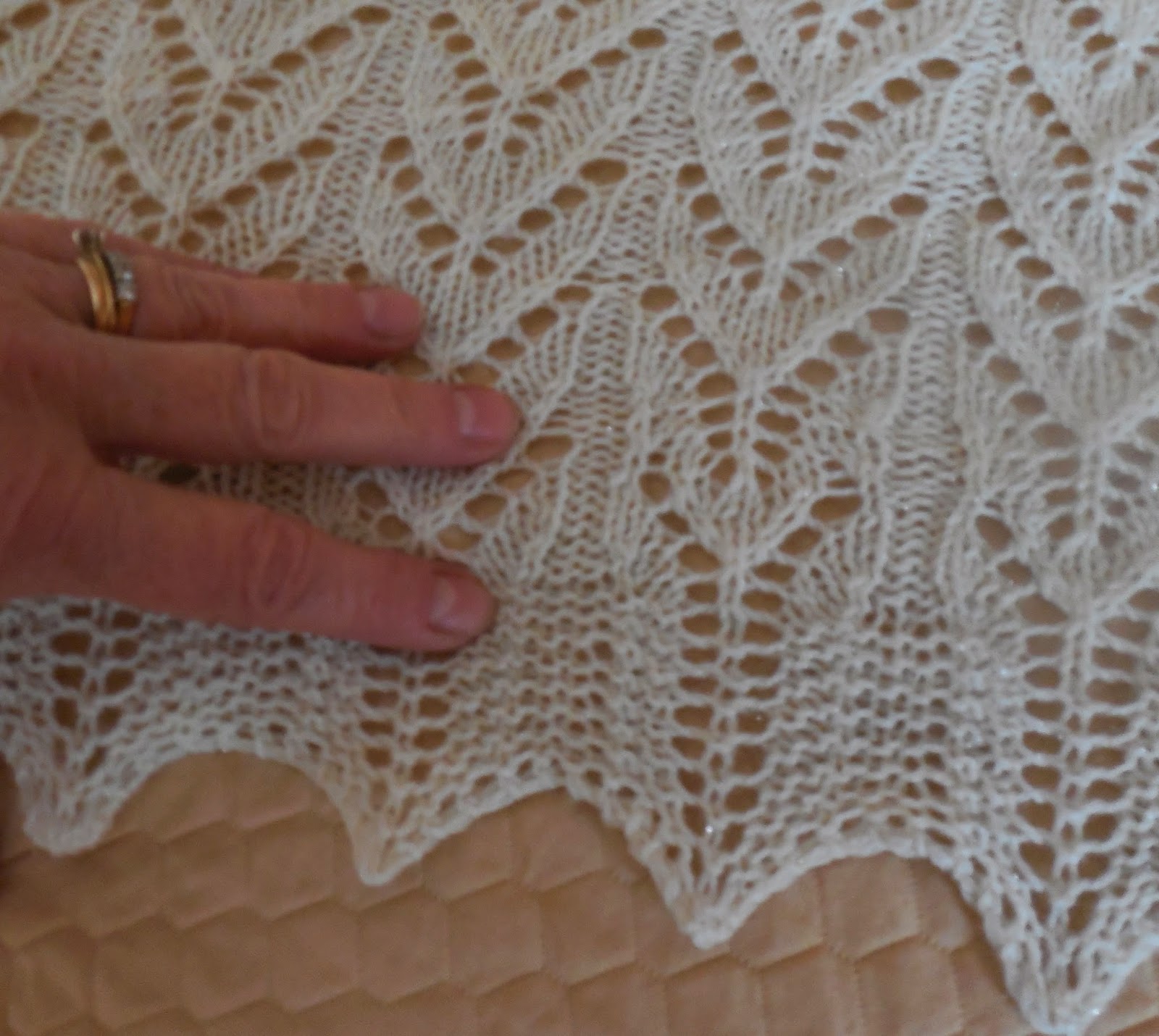 the series of 'V'-shaped yarn overs in the pattern morph directly into  the yarn overs that form the points of the border.  Things would have looked severely out of whack if they had not lined up.

Would I knit It Again?  Yes.  With Worsted Weight yarn, it would be a quick  knit.  Great for a gift that impresses.

I've made this, and while it is nice, I have found other lace shawlette patterns that I enjoy more.
And I wouldn't go back to the error. You'll never see it in wearing.

Me going back to an error??? Only maybe 2 rows, after that I tell myself "this error makes it unique a one of a kind" You did a good job, enjoy it!2

Its a lovely little thing! I have knit it twice now and will do it again. I think I have some Cocoon that is calling its name.