Graylina was finished in time for the Olympics medal ceremony.  But.  It was so short.  Most that saw it said  "Just leave it. It will be your short sweater."

But it felt so uncomfortable that I was uncomfortable.  Then a happy coincedence happened.  Weather was so bad last Thursday that Riverside Yarn's post Olympic show & tell party was postponed until this week.

Hmmm.  7 days to change the length of Graylina.  Who am I to resist that challenge?

Knowing that knitting can only be ripped back in the opposite direction from which it was knit, I knew that   Graylina would have to be ripped back from top down.  Did I want to re-knit a great portion of the sweater to lengthen the body by a mere two inches?  No, of course not.  The alternative and the method I chose,  was to cut the sweater just above the bottom ribbing,  pick up the stitches and knit down  for another couple of inches of lace pattern before ribbing and casting off.

First though I had to remove the button bands.  They were last to be knit, so first to be ripped.  Once the bands were off, I snipped the sweater just above the ribbing, unravelled the ribbing, picked up the stitches and began to knit down.  Easier written than done of course because there were seams to contend with and wool that had done what we praise it for - stuck to its neighbour.  But after a bit of work I managed to be in a position to start to knit.

Knitting the lace pattern downwards when it was written to be knit upwards required some brain work.  Not only did I have to work the pattern upside down, but also it   didn't take long to realize I also had to work it backwards.  That is, I not only had to  start at row #11 and work back to row #1 but also had to start  at the end of the line of instructions and work backwards to the beginning.  It did take concentration but seems to have worked out.

The only thing I think I should have done differently was to work the  left-slanting decreases as right slanting and vice versa.  The decreases are there in the new portion but do look a bit different than their upstairs neighbours.  I am hoping that since these new decreases run across both my butt and front parts that no knitter or observer will peer too closely.  Take that as being forewarned.

Just a couple more rows to do  on the buttonhole band, then sewing in the new ends and I have a sweater I will wear with comfort. 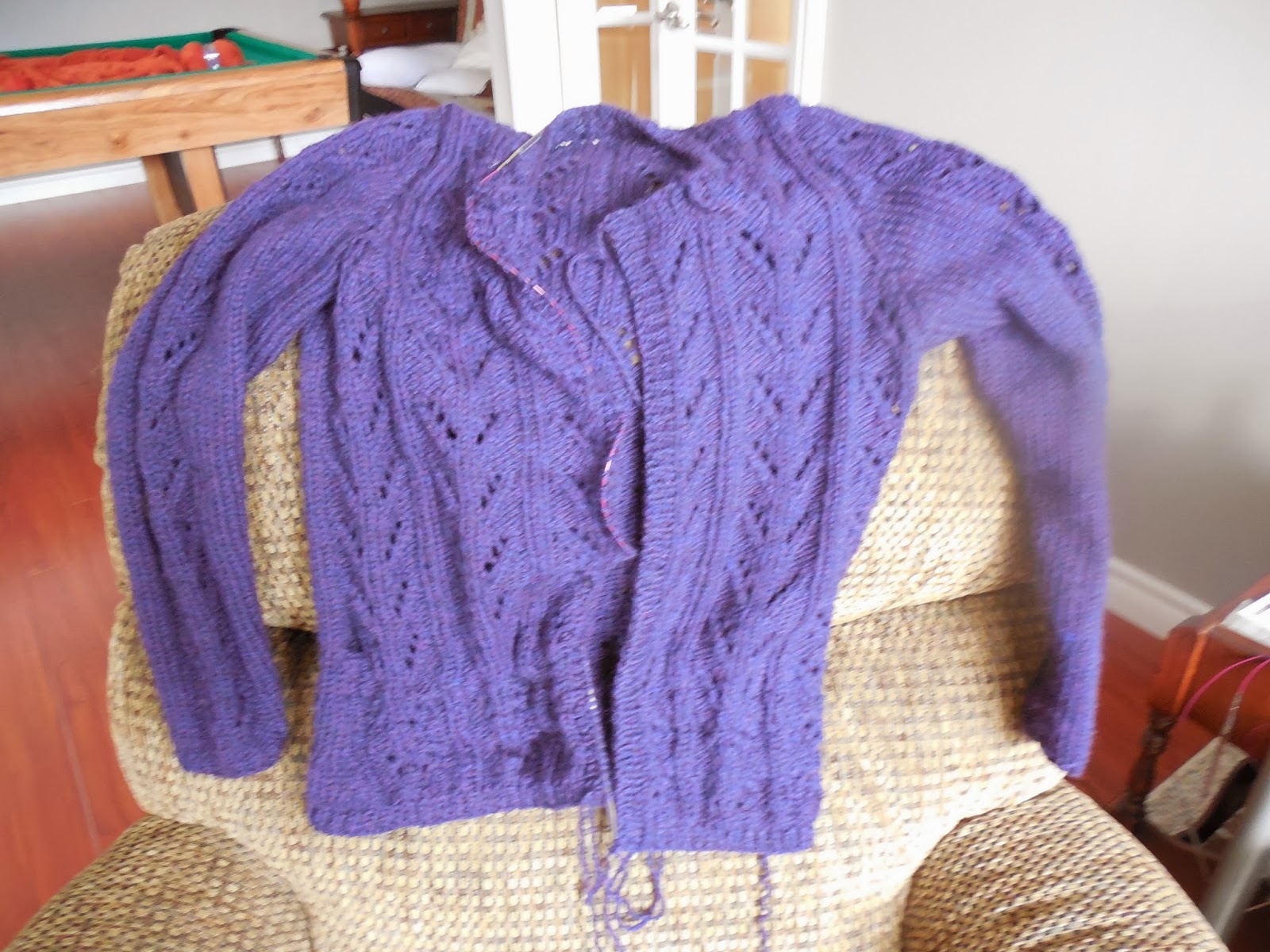