198 Yards Of Heaven might just turn out to be my 198 Hours of  *&^#.
I finished it once.  As I  finished, I threaded a life line through the last row of the pattern before starting the border.  Just in case.

Rip.  The pattern had suggested finishing at row 12, and that was were I had threaded my  lifeline. After ripping back to that point,  I knit to row 22 a third time, and then again a fourth time.  Another life line,  another try on and I am convinced that the shawlette is big enough.  SO.  I am  ready now,  for the second time, to begin the border. 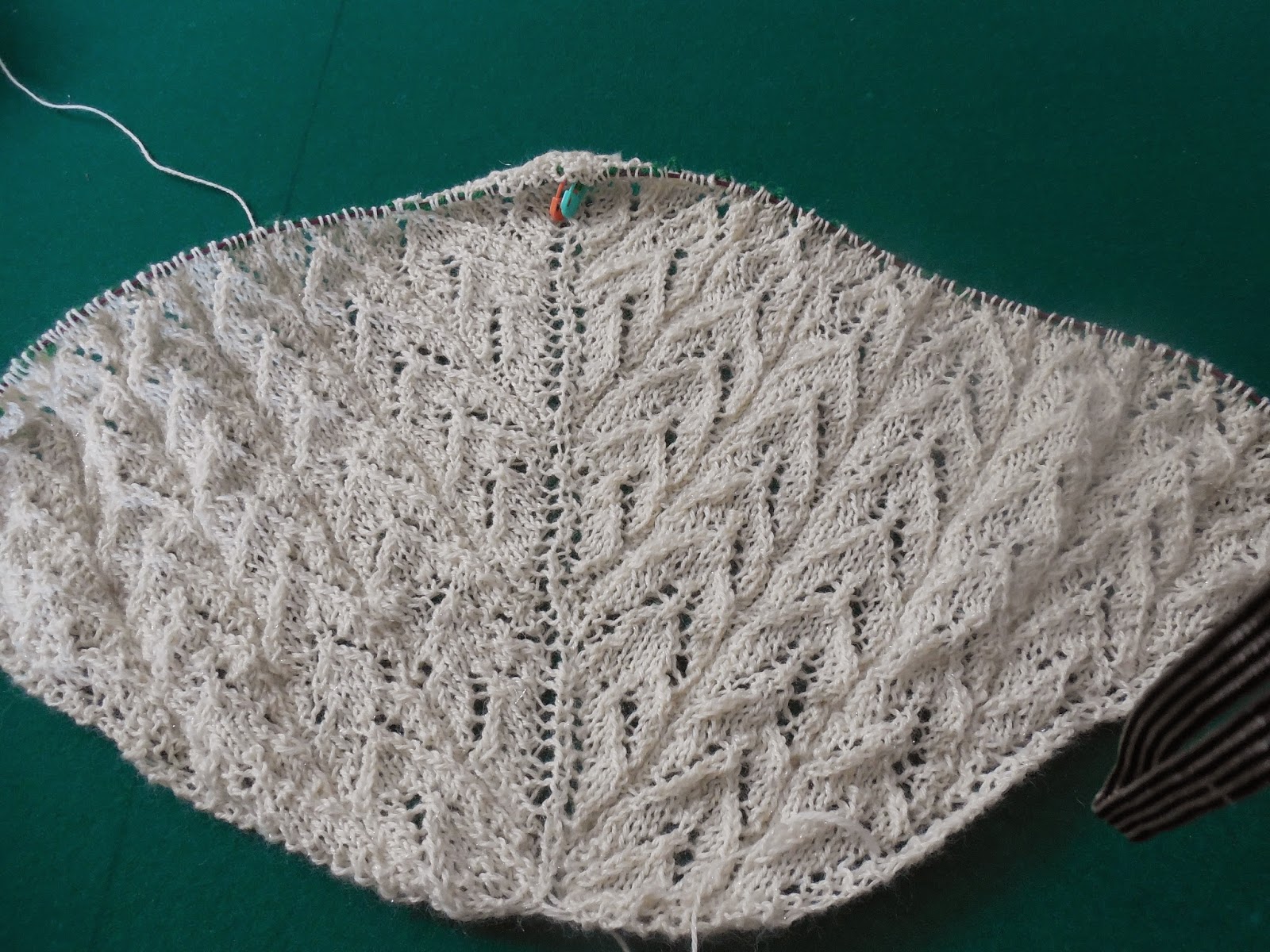 But.   Houston, I have a problem.  The shawl has a series of columns of two purl stitches. 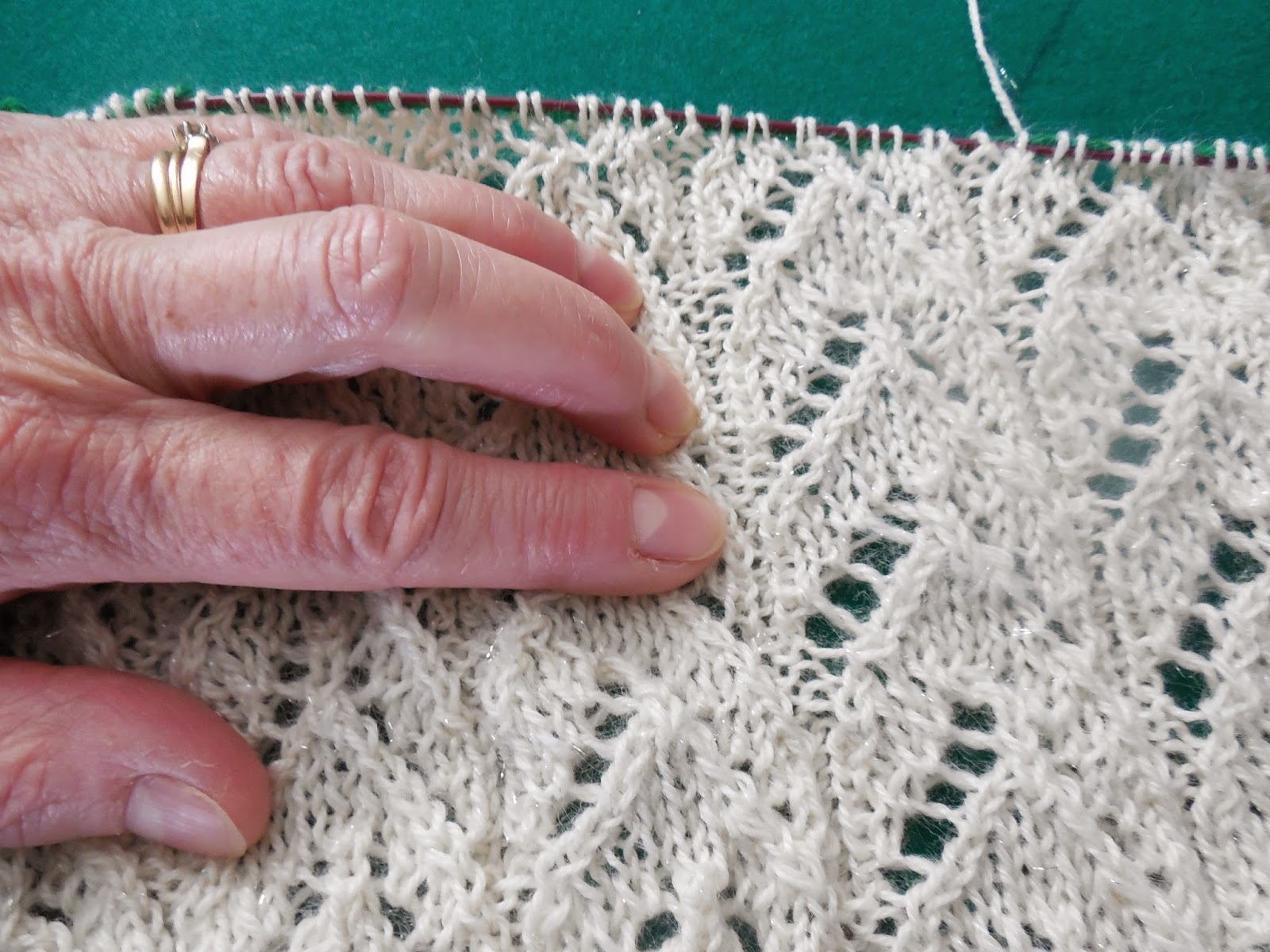 Conversely, the border has a series of columns of two knit stitches.  The two knits are meant to sit atop the two purls.    Turns out they  only sit there if you finish the scarf pattern on row 12 as prescribed before starting row one of the border.  I am sure I can figure this out, but it will mean a virtual knitting of several border rows to find the one where the columns of knit stitches  sit in the  right spot on my shawl which has a  complete pattern repeat of 22 rows.

Having stopped  the shawl on a different  pattern row,  it stands to reason  I must start the border on a different  row.  But which row?  That is the question.  Right now, I'm stuck.  Until I find that row ---
Posted by Brendaknits at 11:02 AM

The original design had the border columns and the edging not matching up but her newer version does match. So I am absolutely no help. I knit the older version and did not worry too much about the border. In fact, I don't think I even used the border, I just kept making yo columns. Sorry

By about this time my knitting would be over...cast off and in the rag bin! I would have learned a valuable lesson: Vera, stick to knitting socks :-)

The later post in the blog shows that you conquered it! way to go! WHat a wonderful job. t_a