Even before a project is finished I start my next.  At least in my dreams.  .  Patchwork, I had decided would be the final winter, wooly project for awhile.  My dreams turned to summery things and I settled on Sheer Panel Top 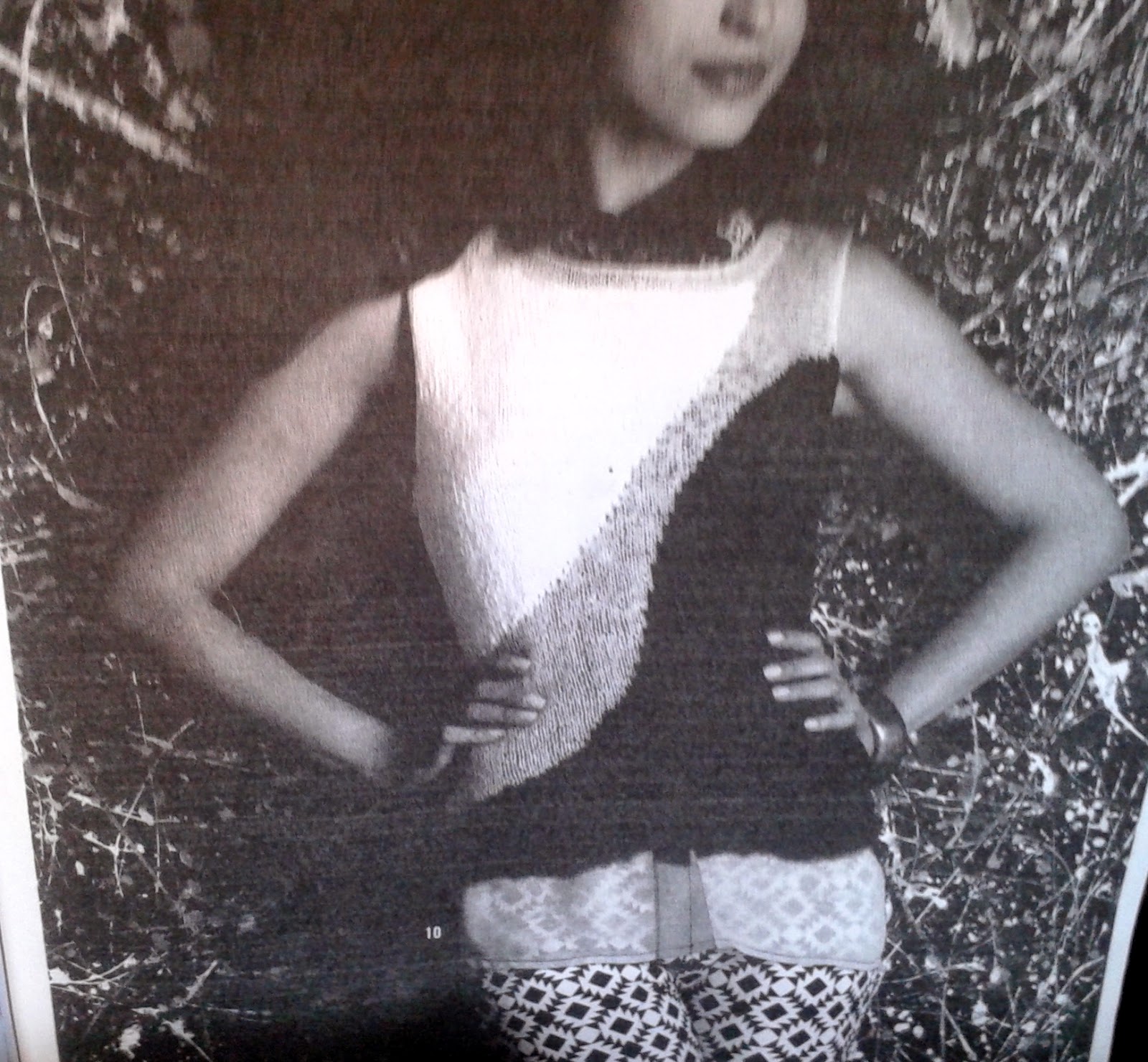 Over the last few months, a group of summery yarns -  cotton yarns in summer colours -  had been accumulating in my stash.  They were all purchased separately, with originally, no 'group'  intentions.   Until one day, they all seemed to land up beside each other on my shelf.  'Wow!' I thought.  They looked fantastic together.  They shouted SUMMER!  And so, I put them all in the same bag - a preventative measure.  I've been known to forget my brilliant ideas almost as quickly as they occur to me.

But what to knit with these yarns?  The first yarn is two skeins of Super 10 cotton. 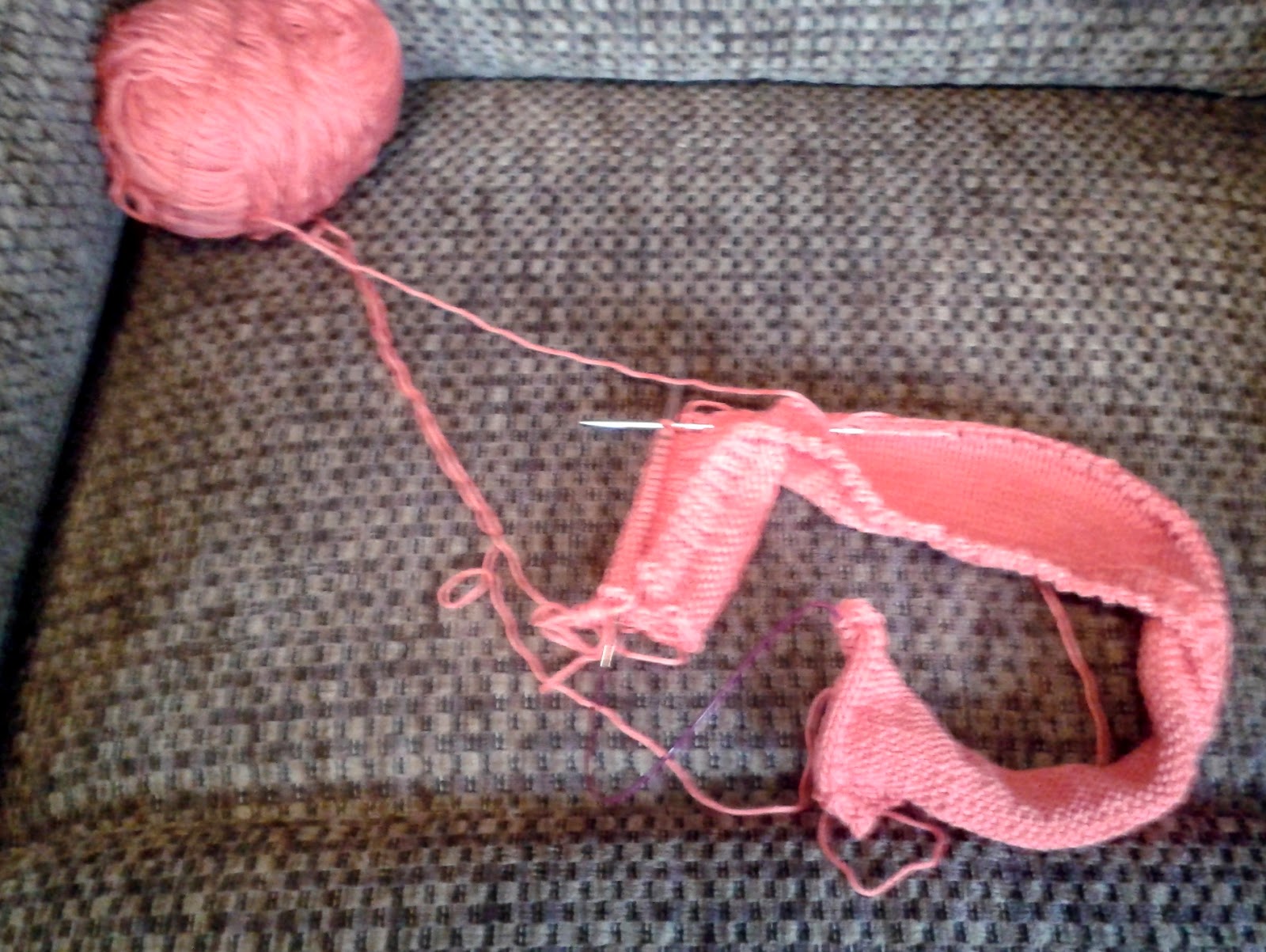 One skein was purchased at Purrsonnally Yours in Meaford for regular retail.  The purpose of that purchase long escapes me.  The second skein was purchased from a discount bin at last September's KW Knitters Fair for $4.  A bright cheerful colour, it falls somewhere between orange and salmon, I'd say.

Next up and from that same bargain bin at the KW Fair, I purchased a skein of Americo Cotton Flamme in a lovely spring green. 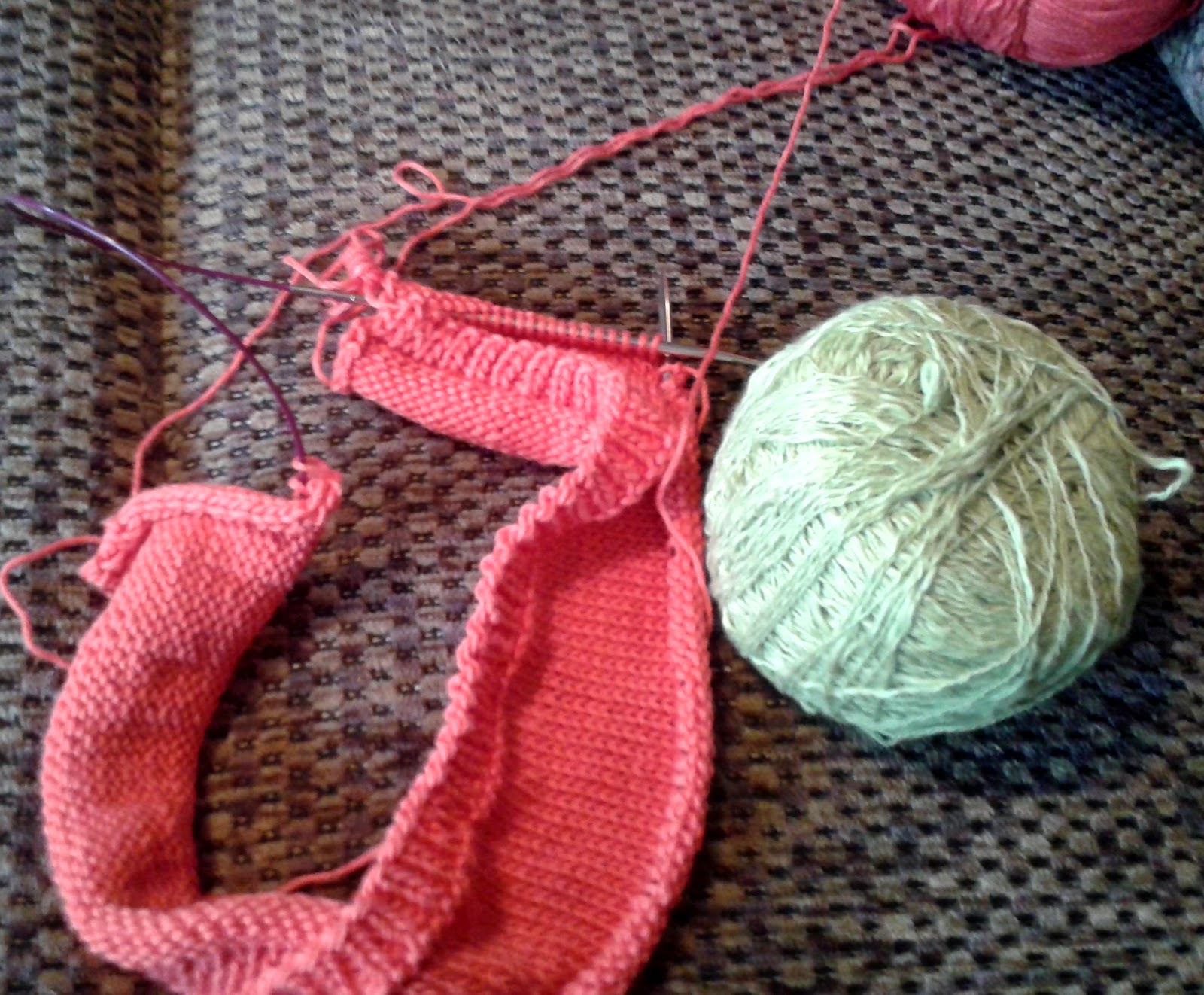 Again, greatly discounted, I paid $4 for this $22 skein. I remember thinking the value was too good to pass up and if nothing else, I'd knit a summer shawl. 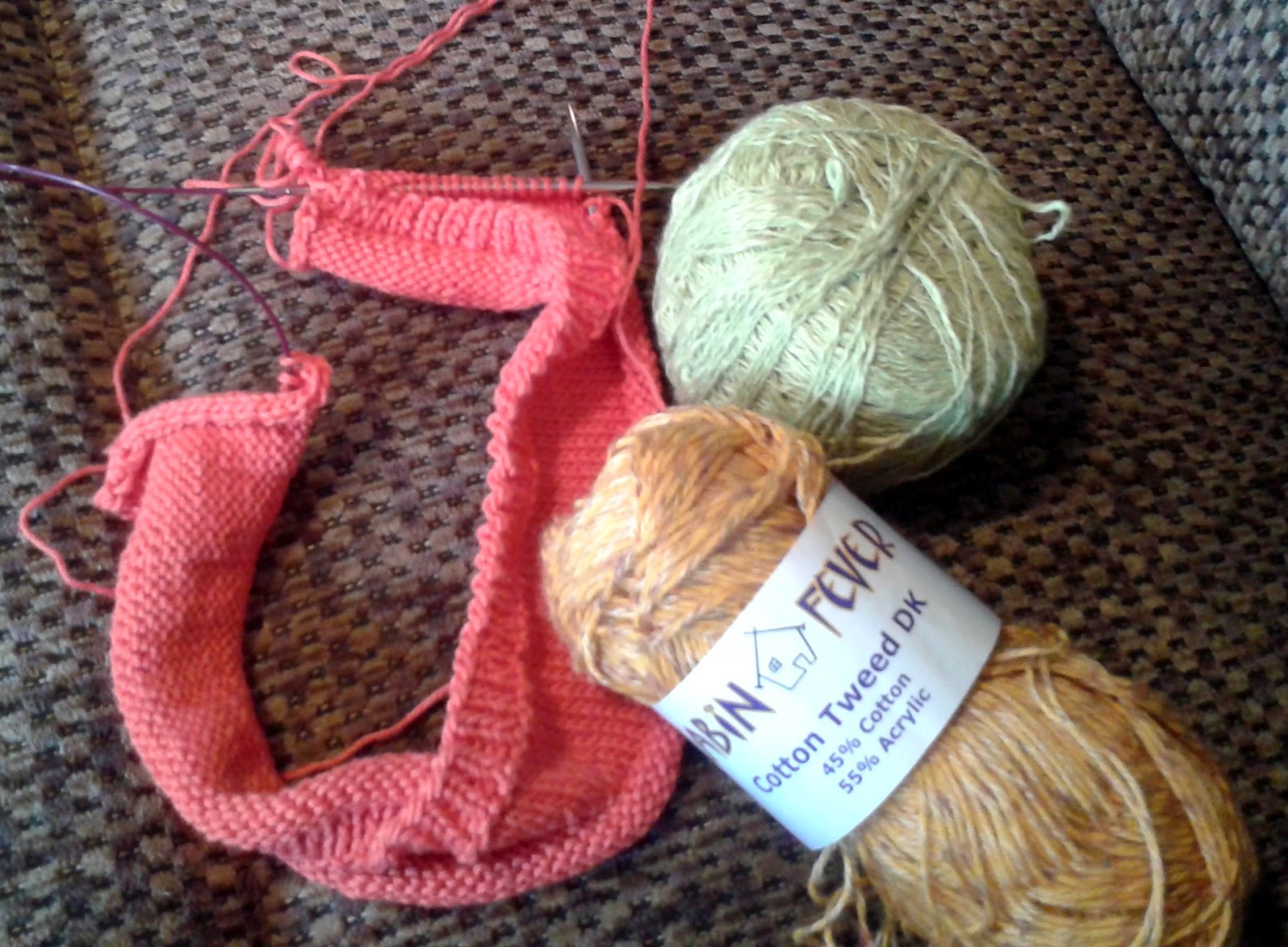 I picked up four balls of this colour a couple of years ago thinking I would use it as the upper colour against a dark brown bottom to knit Heidi Kirrmaier's  Thunderbolt. That hasn't happened yet, so the yarn was just waiting to be chosen.

All three of these colours are much more robust than my camera and computer screen like to reveal.  Trust me on their cheerful, summer nature.

Then the question was  'which pattern'?  Patchwork seems to have put me on the path of multi- coloured patterns.  But having just completed its precise, squared look, I wanted something more free flowing.  So Sheer Panel it is.

Described as sheer because the designer used a thinner,  therefore see-through yarn for the centre panel.  Mine will only be partially see-through.  Flamme is a thick and thin yarn.  See-through in the thin parts, not so much in the thick parts.

Take two, I didn't like the rolling ribbing, so re-knit to put a row of purl stitches at the top of the ribbing.

Take three -  and final take -  I hope. I mis-read the chart and wasn't going to have the 'right' look for the sheer part.  Rip.

There seems to be a pattern of arrogance going on here.  I THINK I know something, but it isn't so. Knitting teaches humility.