Three weeks in Hawaii has taught me that there is another 'half' out there.  For a mere three weeks, I was one of them.

We loved Hawaii. The weather, the culture, the scenery -  but mostly the people.  Everywhere, every time  we encountered a person of Hawaiian heritage, we saw a fun-loving, kind, gentle,  hard working, happy, helpful  person.  Quite different from the 'native' issues other countries experience.

The  first 5 days of our vacation, we spent in  Honolulu.  That is on the island of Oahu and some of its iconic places are Waikiki Beach 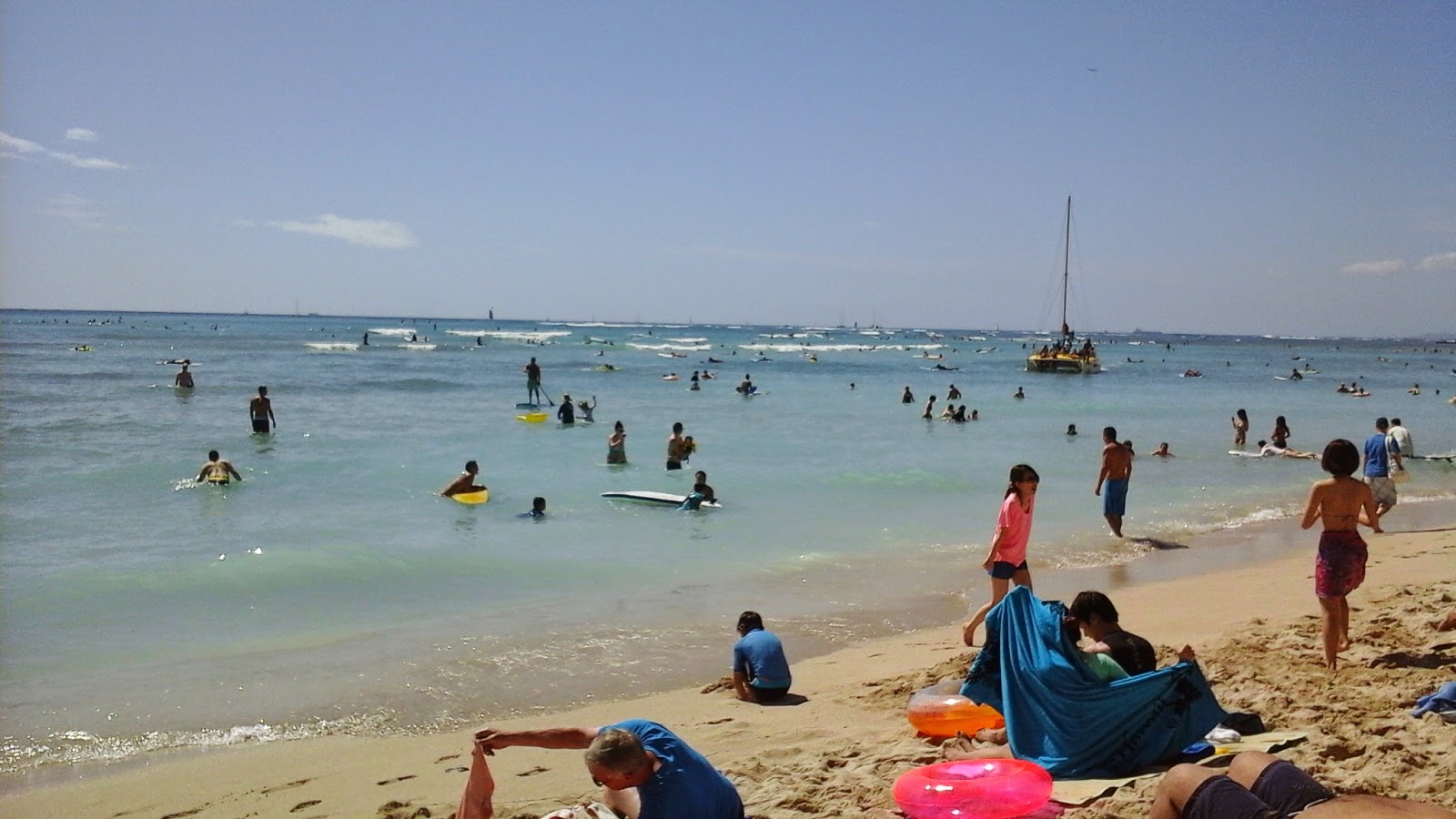 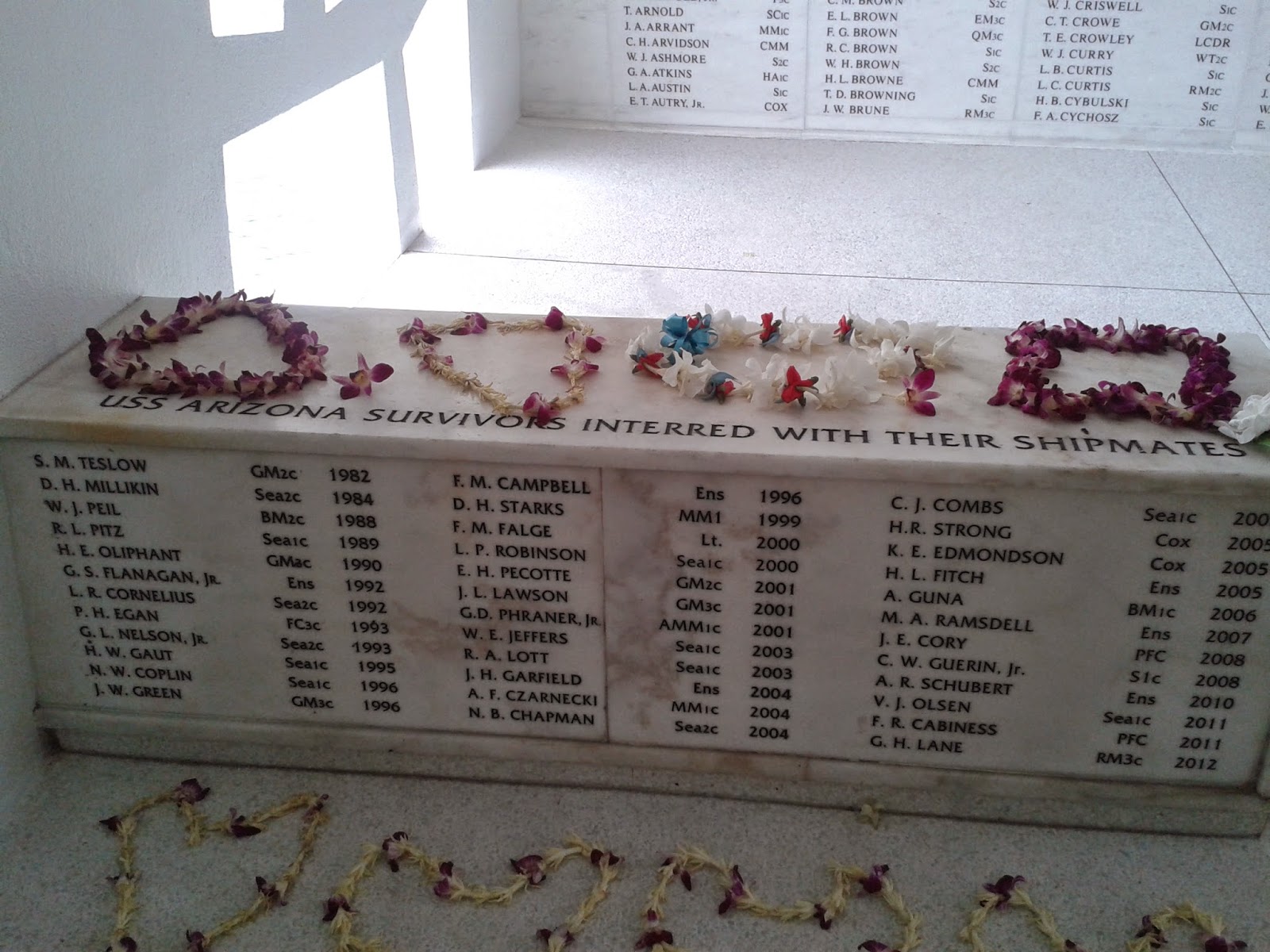 We spent most afternoons at Waikiki which was a short walk from our hotel, and took a half day tour of Pearl Harbour.   At Waikiki, there is a public park and often there were performances of native Hawaiian dance at the park.  Below  a chiildren's group performs native Hawaiian dance. 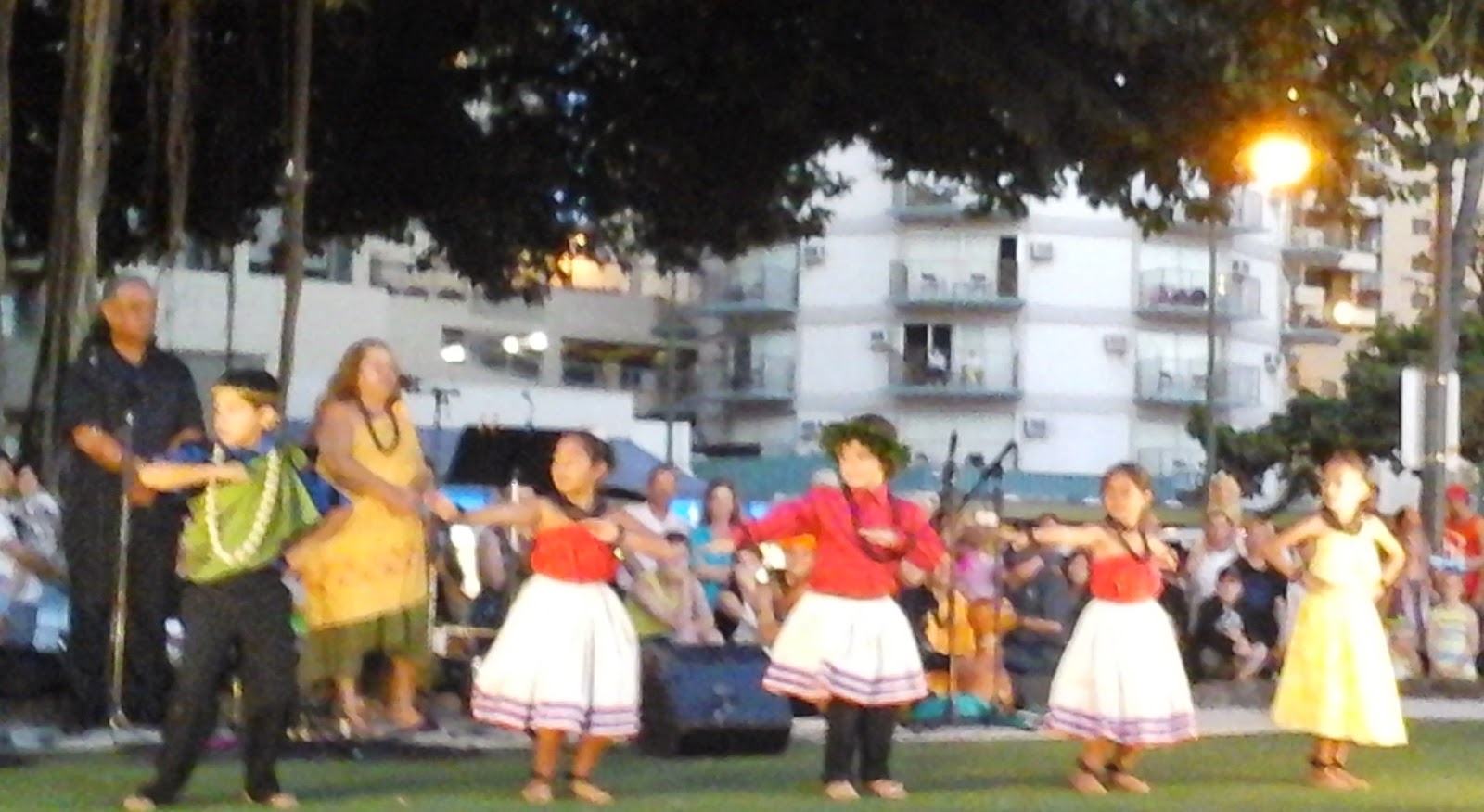 The remainder of  our trip we spent in Kaluai Kona, home of the Ironman Triathalon, 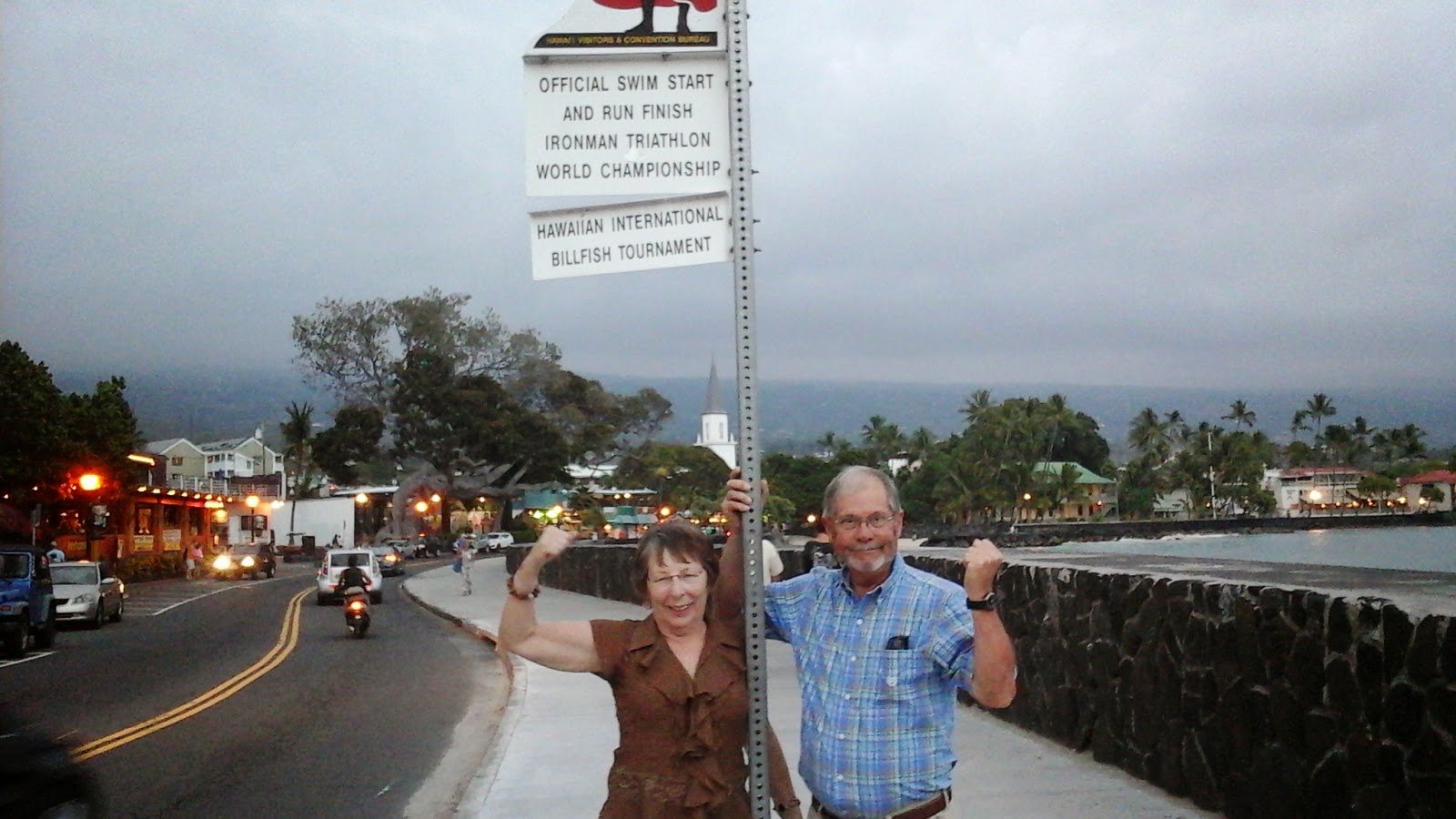 on the island of Hawaii.  It is as different from Honolulu as night to day.  Small town versus big city.  Totally a tourist town  versus working city with tourists.  Lava rock, non-swimmable beaches versus Waikiki Beach.

While in  Kona, we did a lot of day-trips.  We went   up the mountain to Volcano National Park to see a live volcano.  Fortunately - in my opinion at least - we saw only the geo-thermal steam geysers not flowing lava. 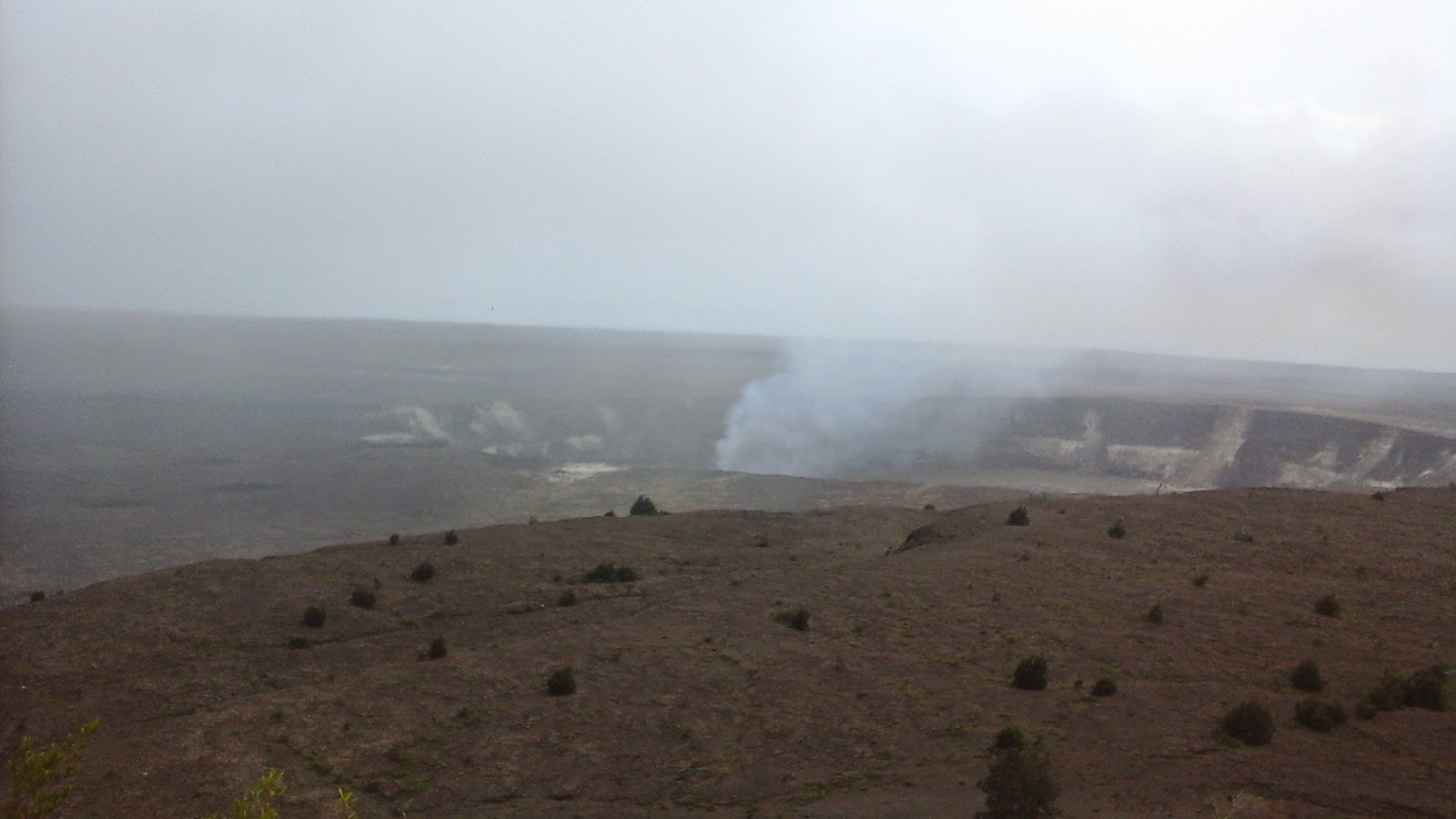 One day we travelled to the south end of the island - the southern  most part of the U. S. A. 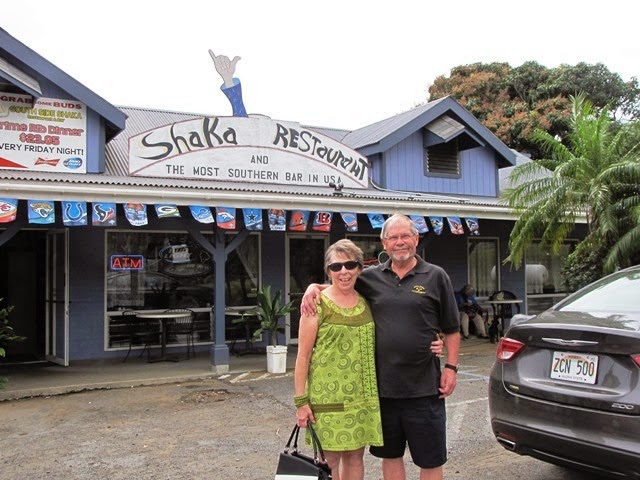 There we watched, as many jumped off the 40 foot cliff into the Pacific Ocean.

A small coffee farm was one afternoon's attraction.  A couple and their  two children from California opted out of the 9 -5 routine and bought a run-down coffee farm in Kona.  They have spent several years converting it to a viable business.  They  gave us a tour followed by some home-made chocolate chip cookies and a cup of the best coffee I have tasted - EVER! 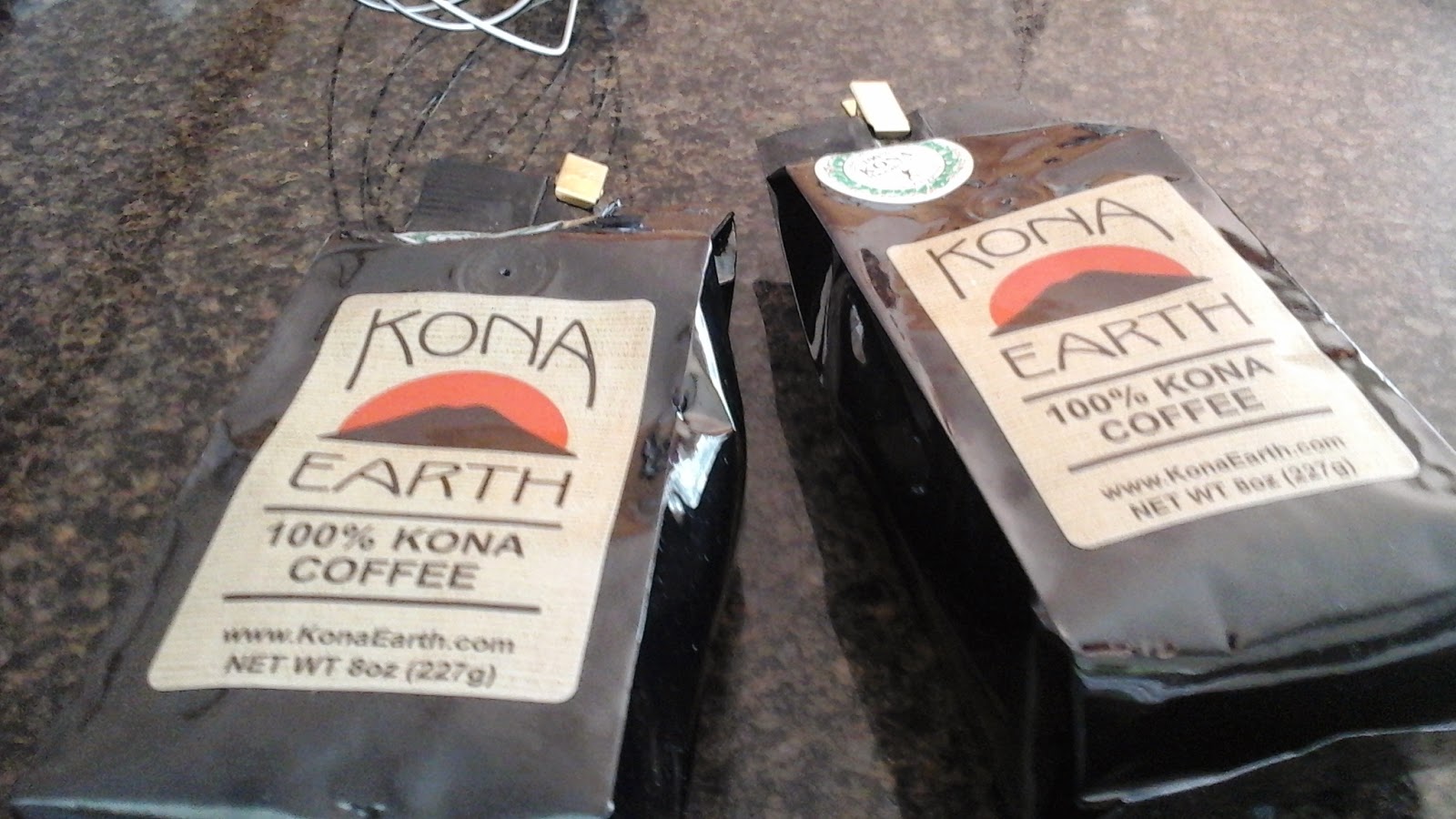 Fred would be upset if I didn't mention that he and my BIL went on a deep-sea fishing charter and Fred caught a 457 pound Blue Marlin.   He has a picture that looks just like all the ones you might see on television. 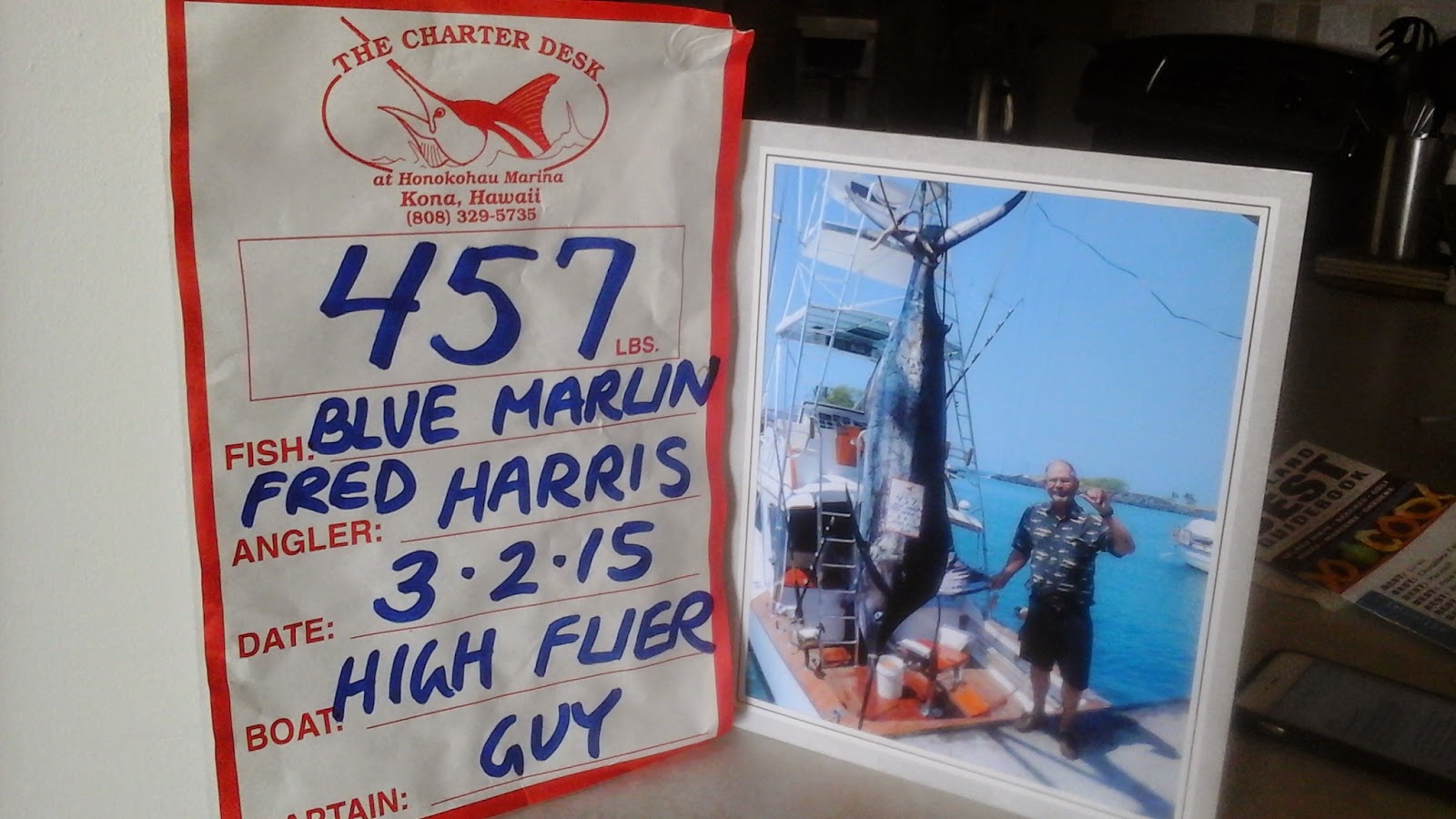 He is still thinking of that day.  This morning he measured the fish in the picture so he could calculate the scale.  A little something to add to his story.

Home now and adjusting to the 6 hour time change.  I have picked up my needles and wonder of wonders, have not forgotten how to knit.

What a fabulous trip! And as the wife of a fisherman myself, I can totally understand Fred and the marlin...