Saturday.  The great hat give-away was sure fun.  In all, I knit nine of the H2-0 Hats and three cowls. All except two hats were taken.  I addition, I almost lost my Talbot Trail Shawl. 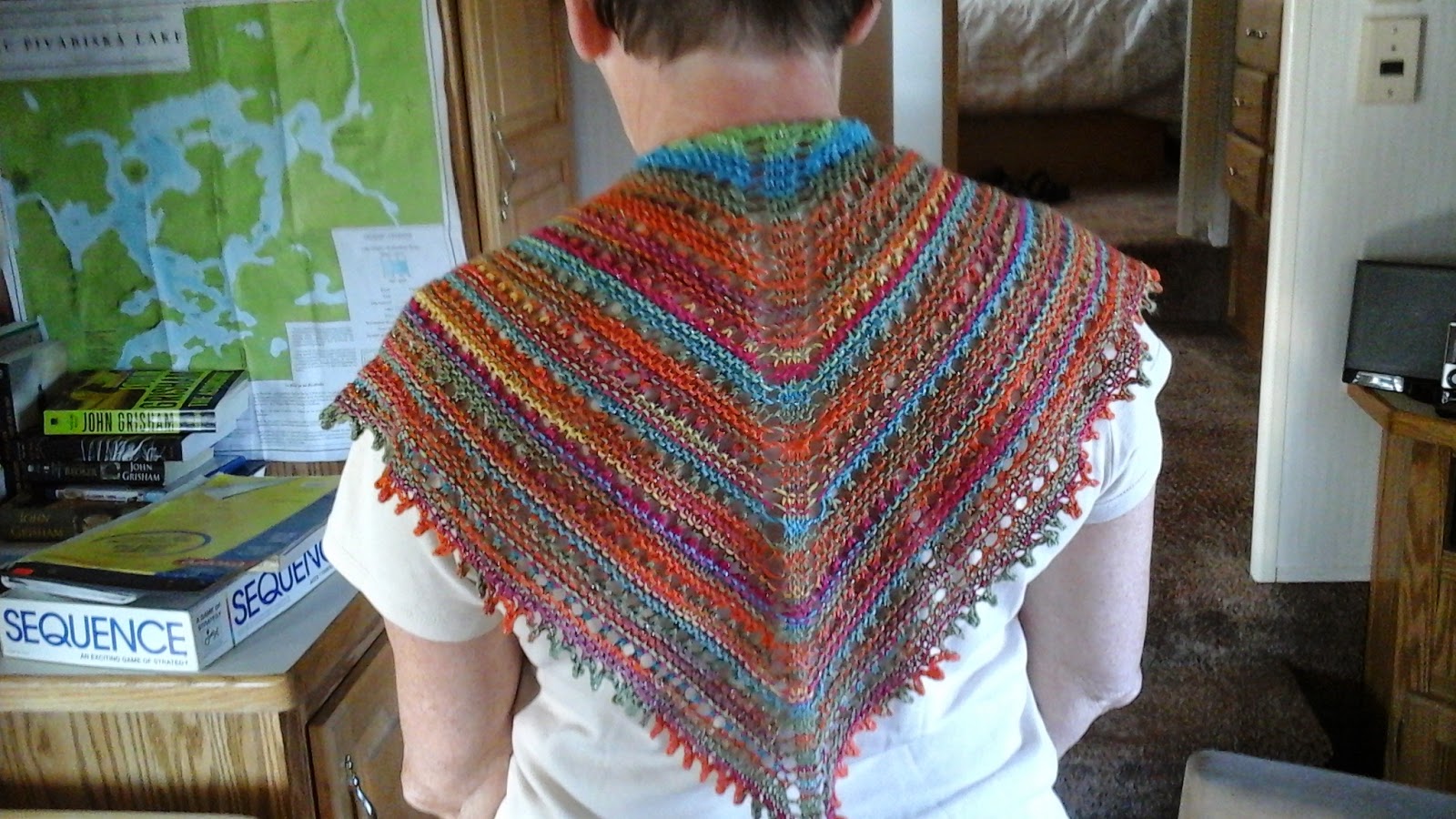 I had to jump in quickly to retrieve it from the pile.

Here is the fun. 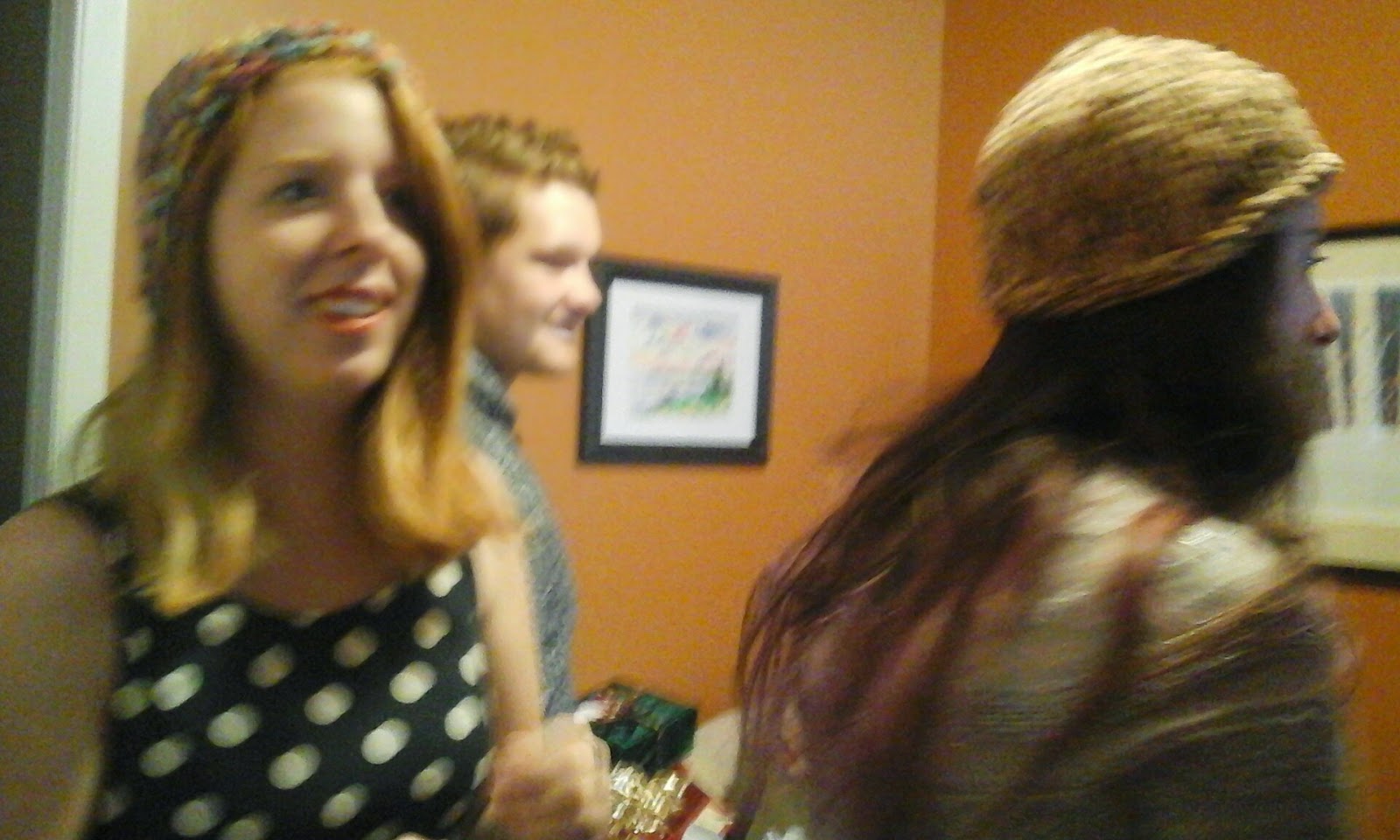 Niece Christie, with boyfriend Noah in the background.  Sister Katie with her back to the camera. 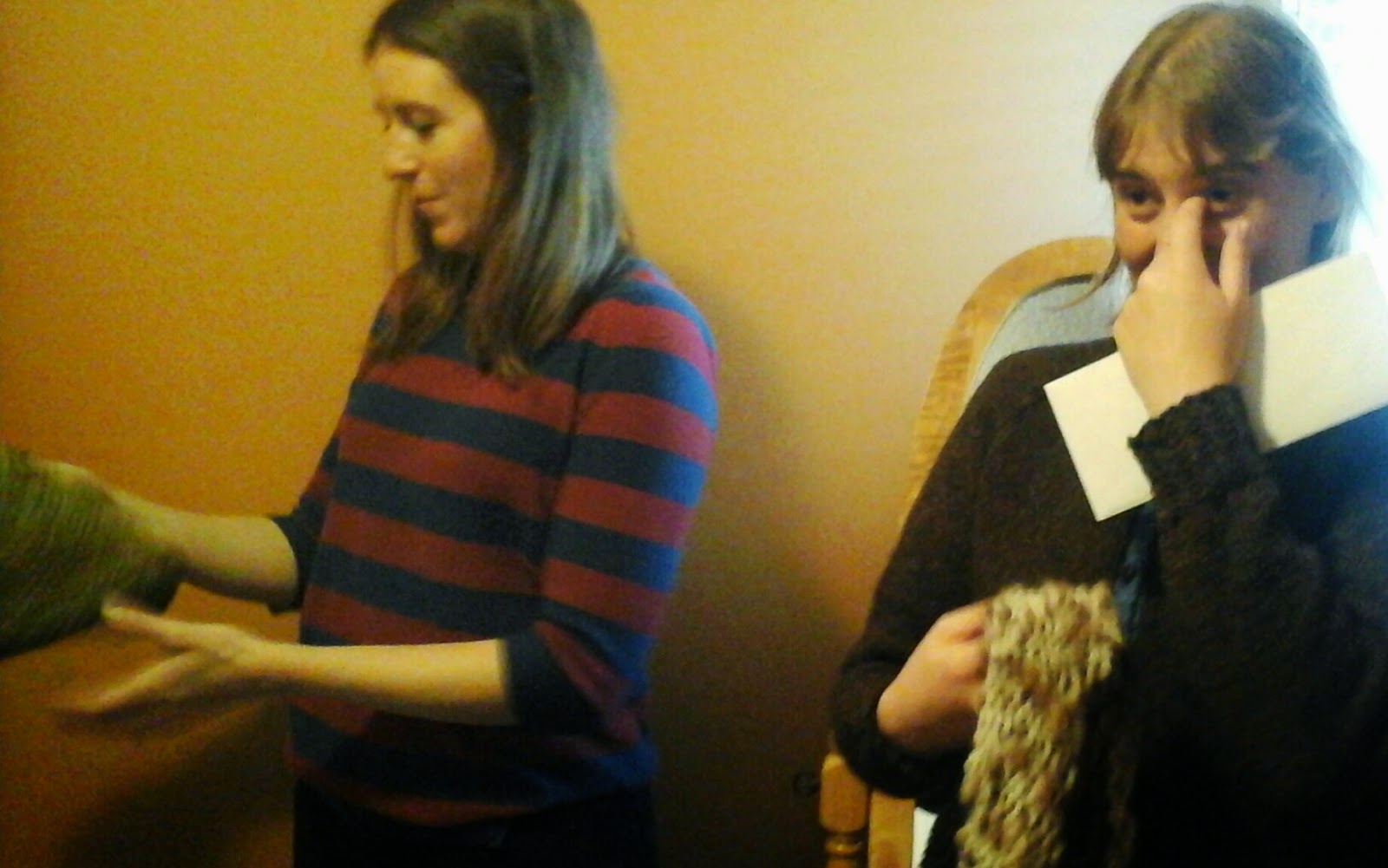 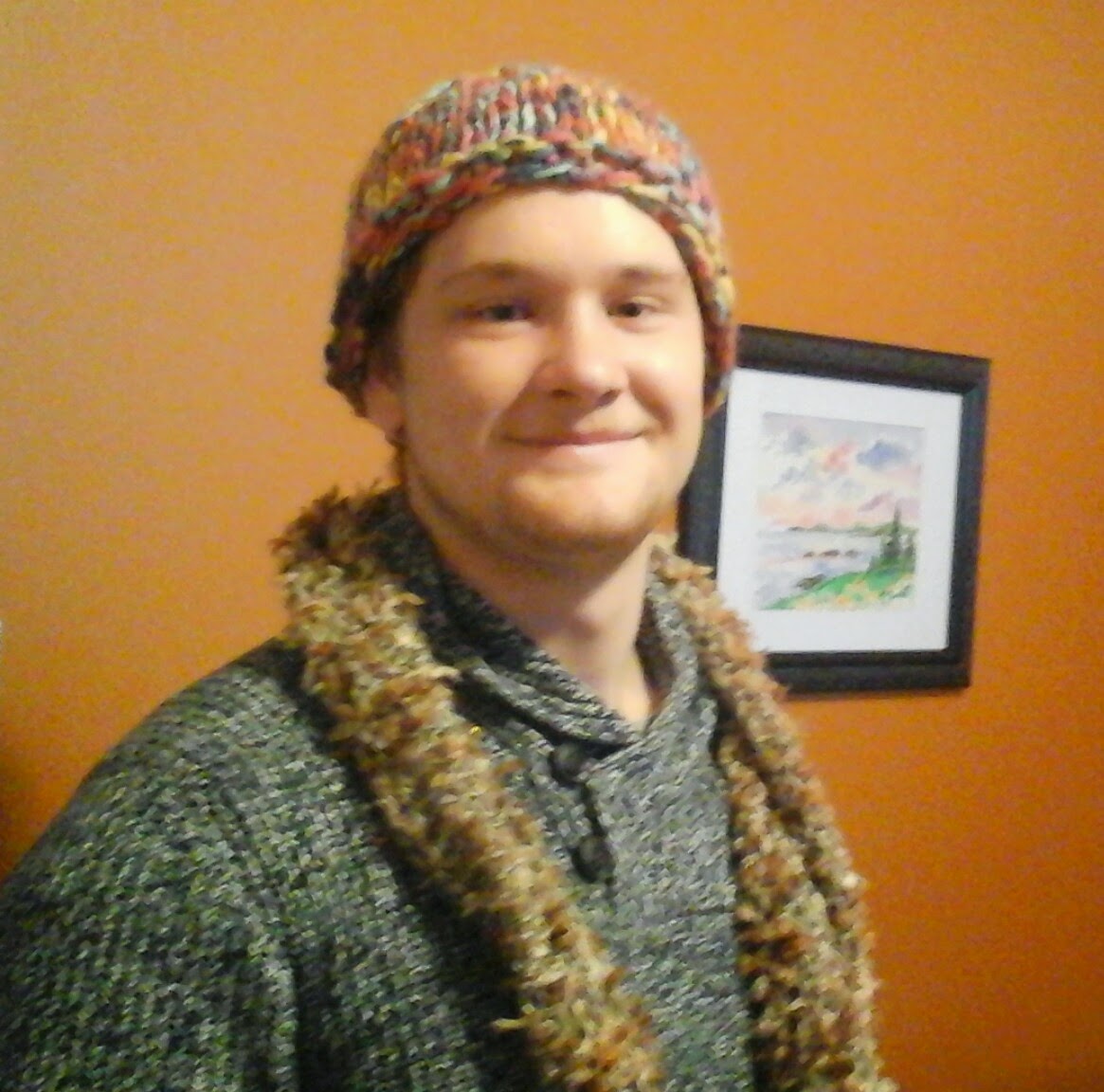 Noah being funny. Wearing a cowl and  the pink hat  that Christie chose. 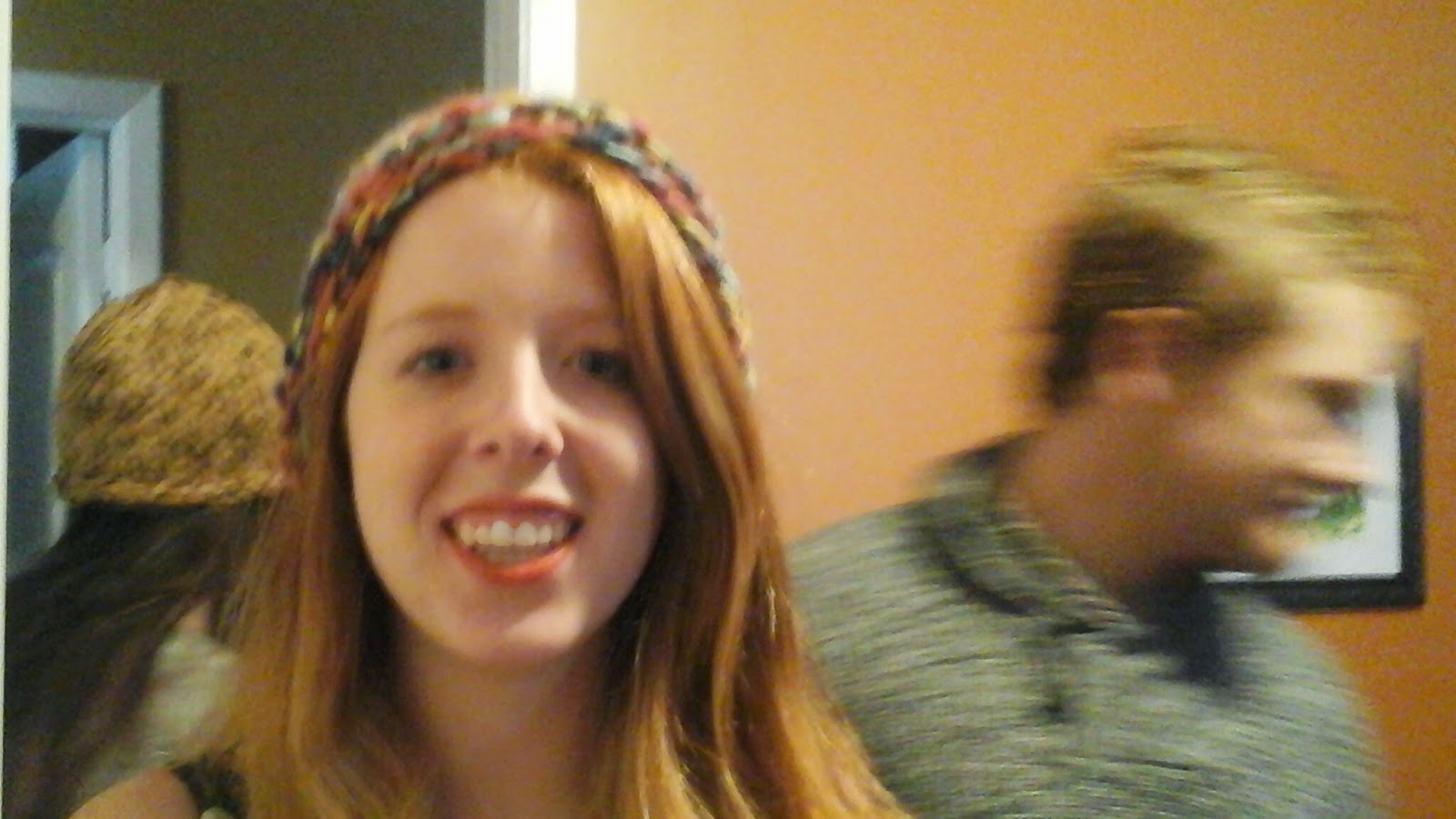 Christie with her pink hat. 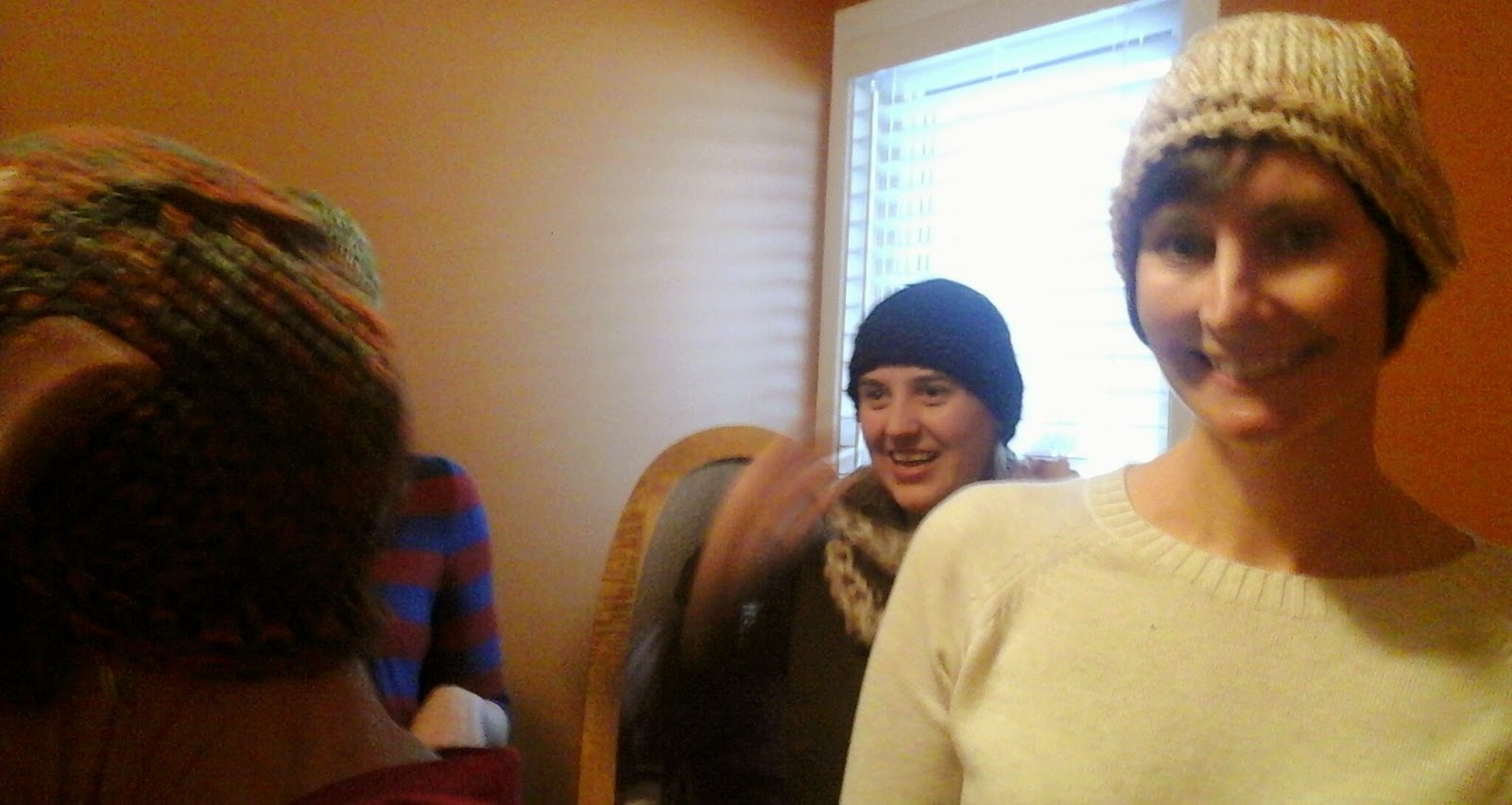 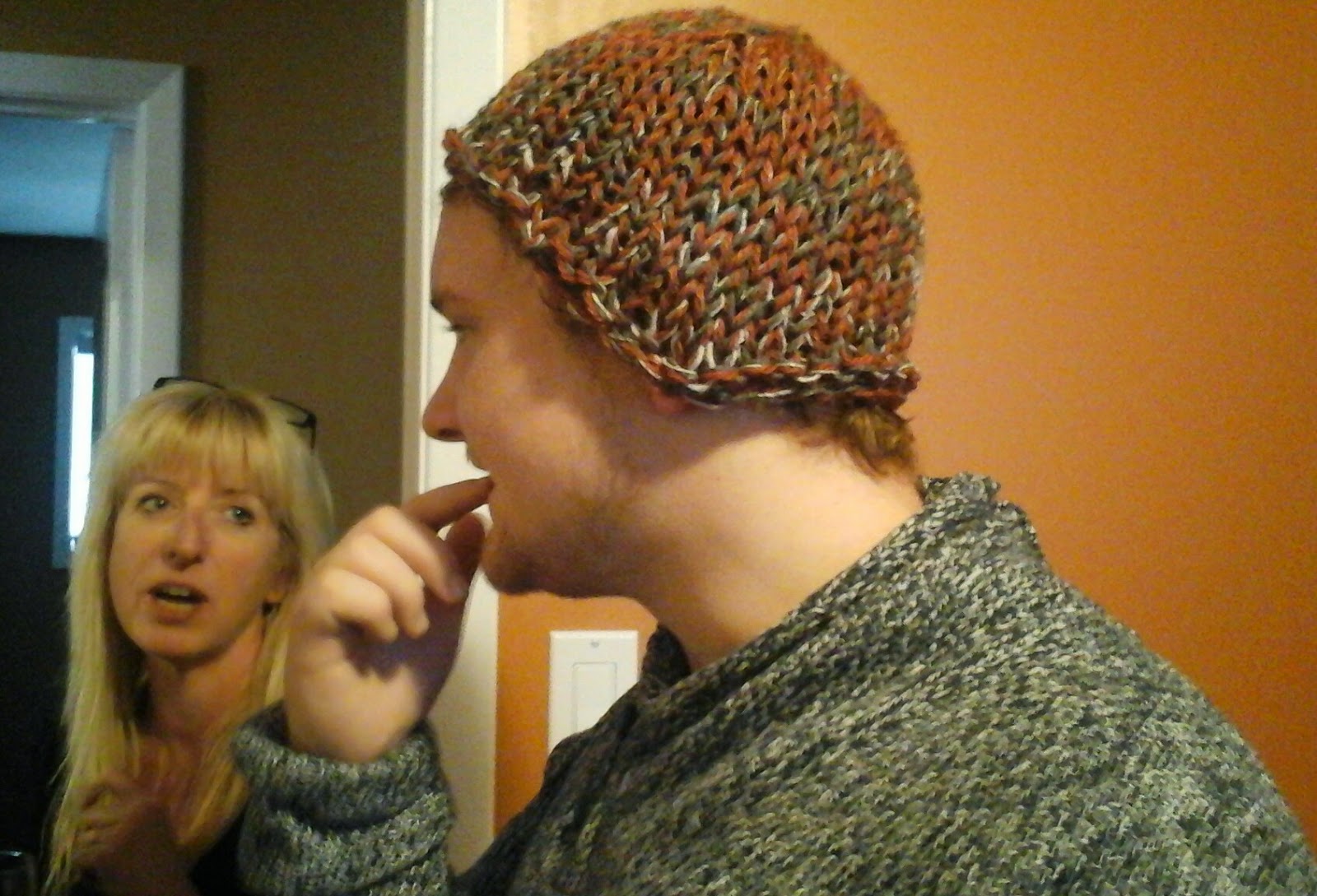 Noah's head is a big bigger than the H2-0 pattern allows for, it would seem.

It was great fun to see them all so appreciative about getting a hand-knit hat.  I was a double winner - triple actually.  I used up tons of stash yarn, had the enjoyment  of knitting the hats, and the great fun of giving them away.