Back into the routine of Thursday Knit group and it feels great. Weather in Meaford this  summer was apparently much the same as weather in Hearst - wetter and cooler than normal. 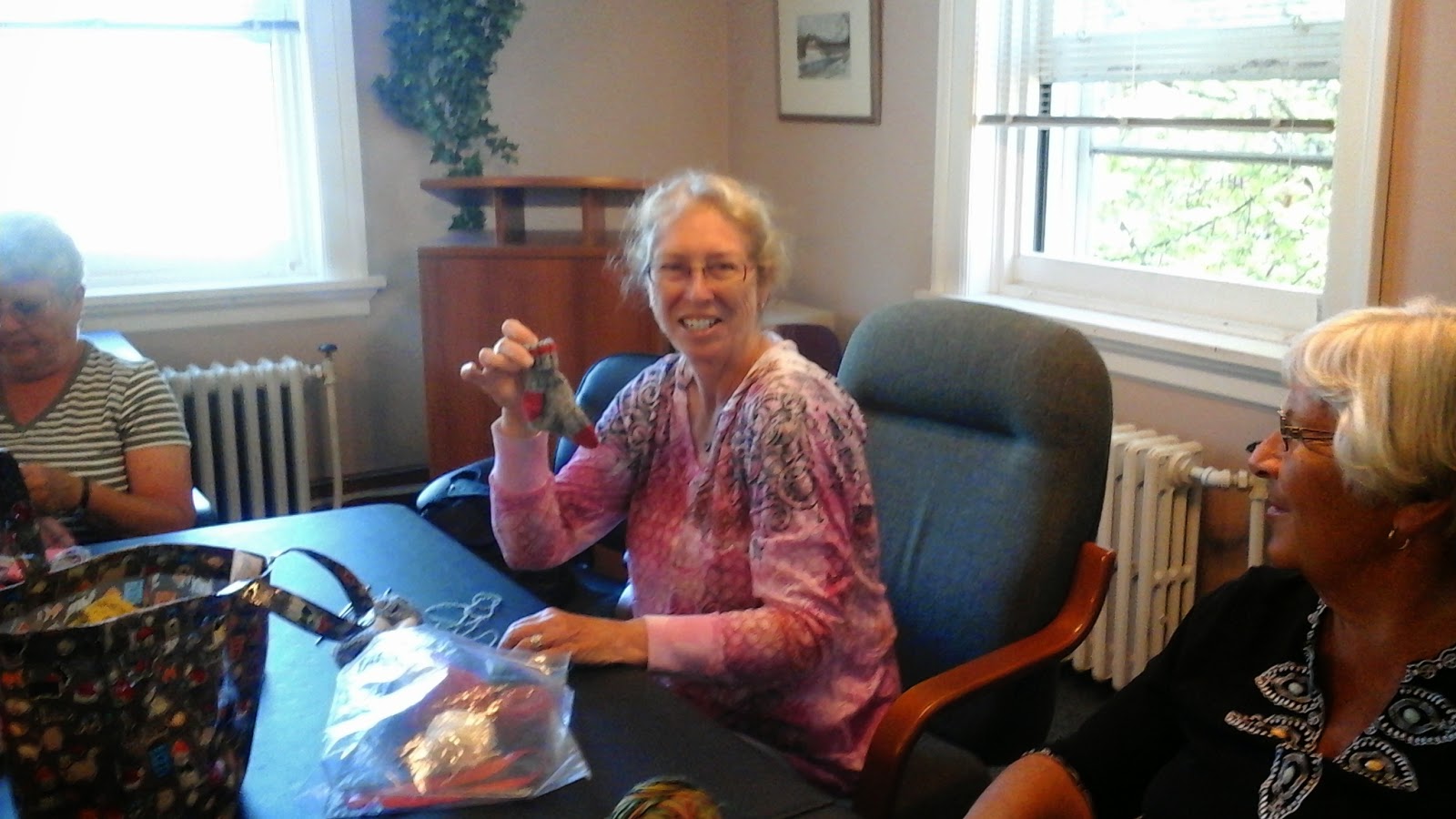 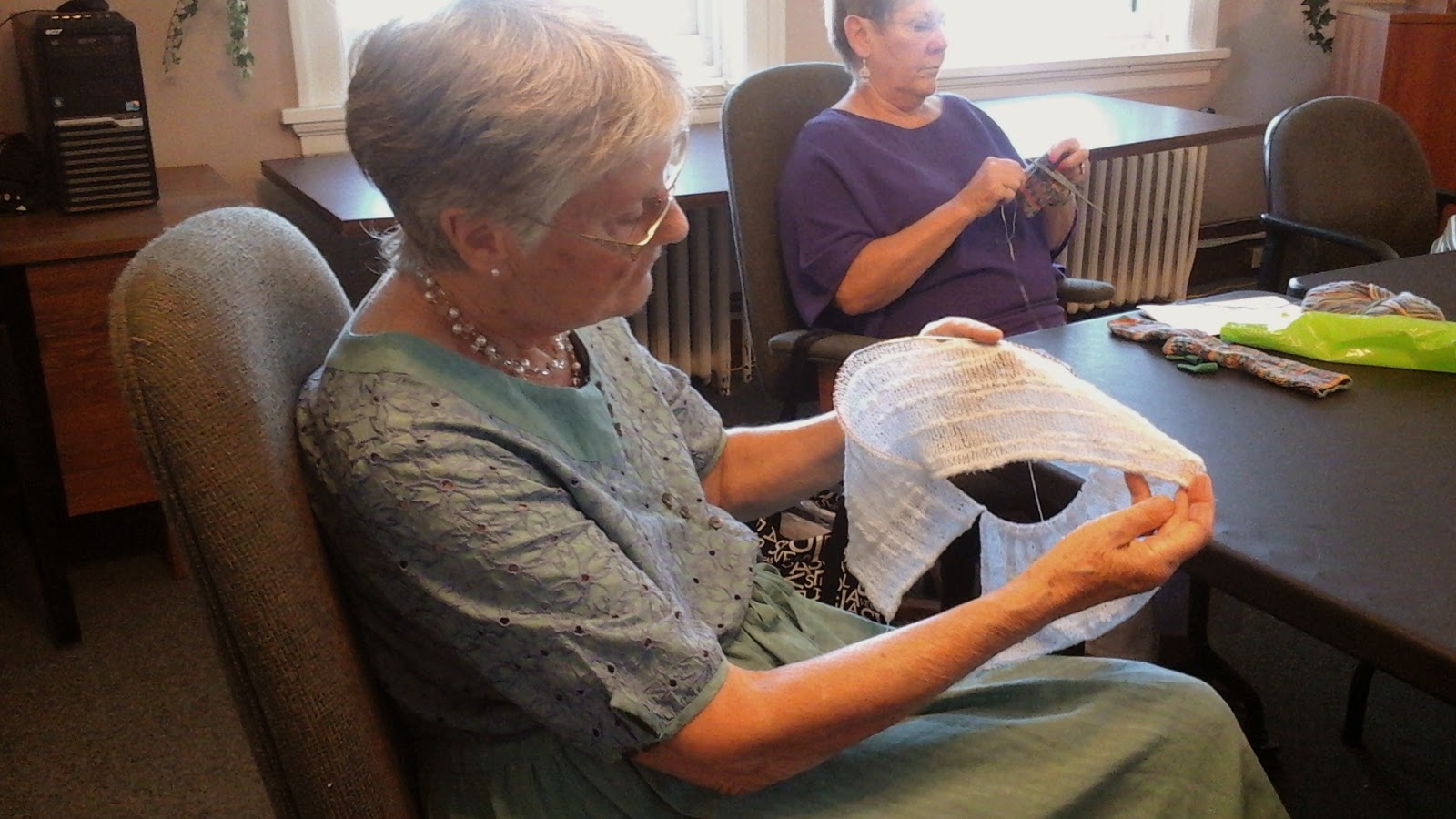 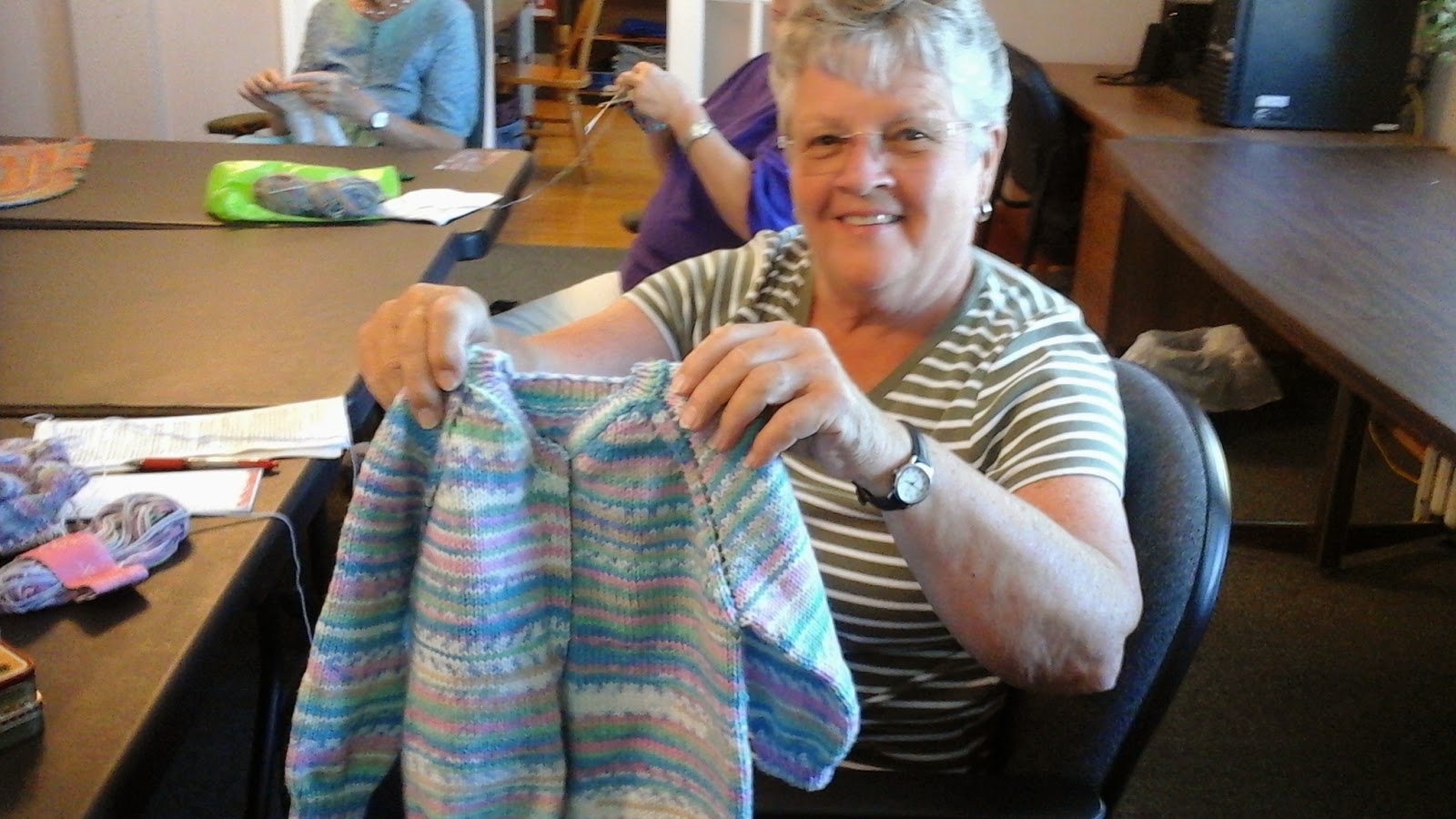 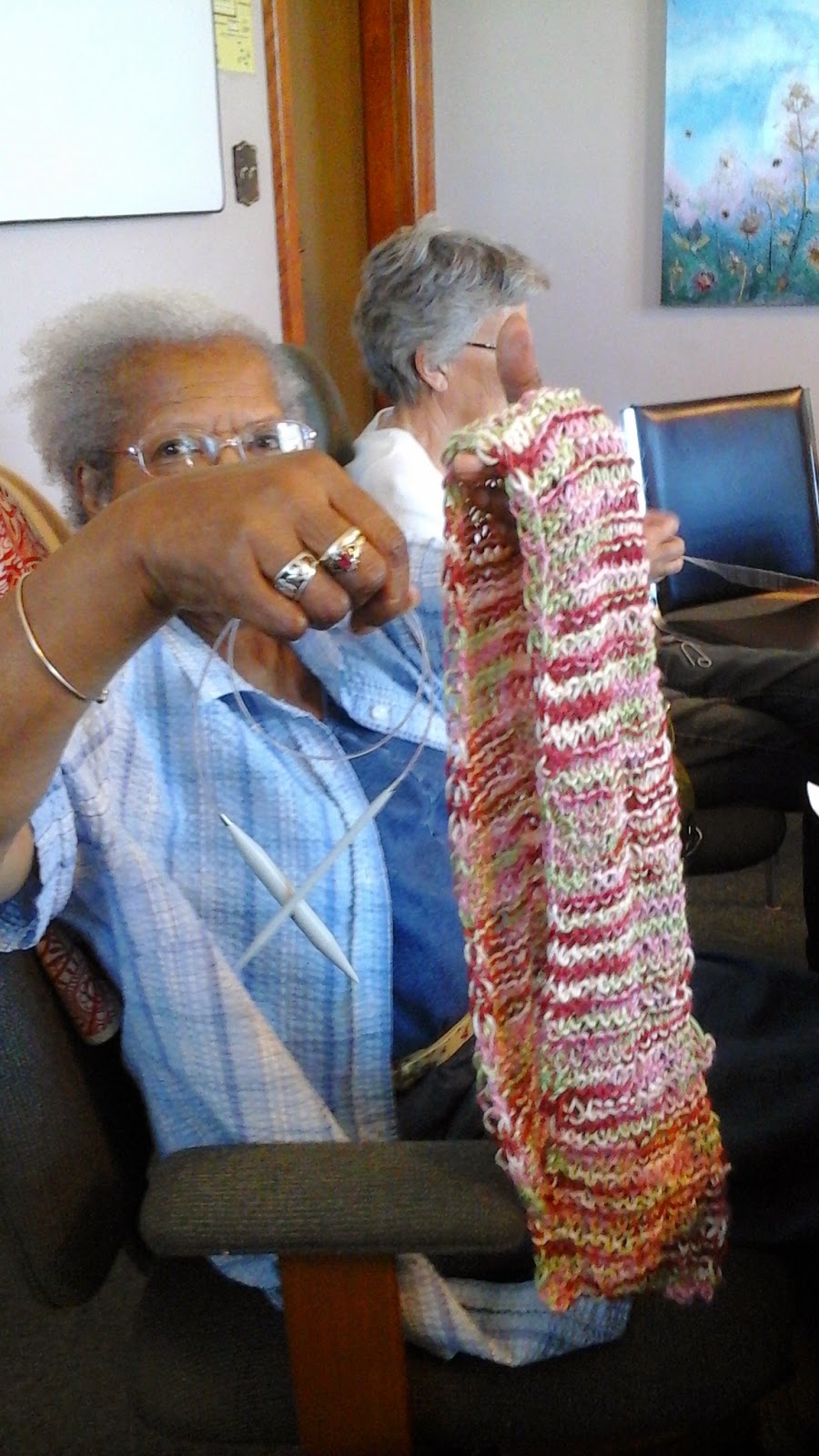 Wee socks from Sharon and a 'don't know what it will be yet' piece from Ingrid knit with a very very fine Americo thick and thin cotton. A sweater for a grandaughter from Gail and a'condo' scarf from Doreen. Knit with a circular needle that has one big gauge tip and one much finer.  Produces an automatic drop stitch look with much less fuss. Doreen realized this summer  - long after she purchased the condo needles - that she could have created her own 'condo' needles from one of her several sets of interchangeables.  Oh well. 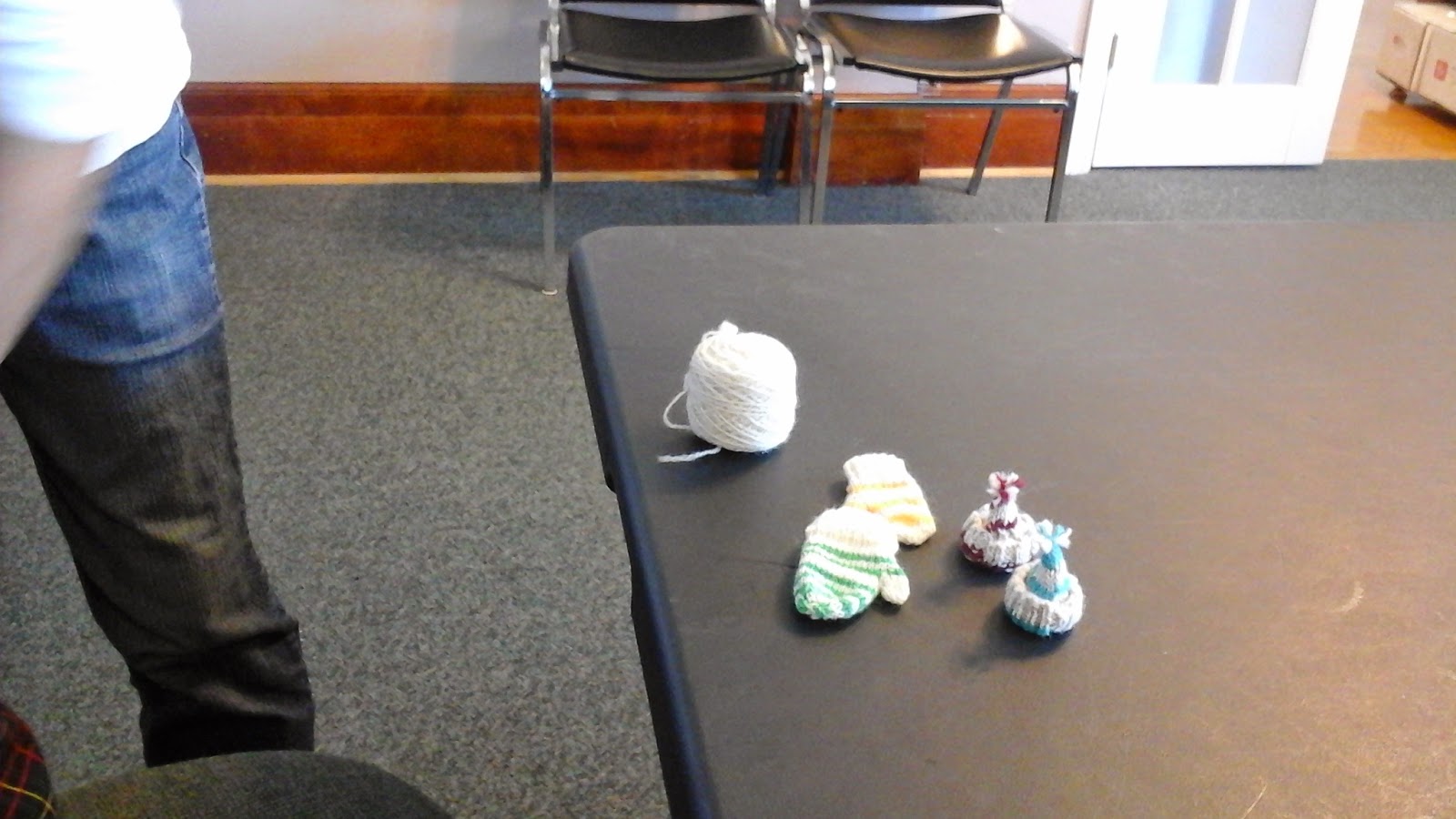 Wee things for the spinners and weavers sale, 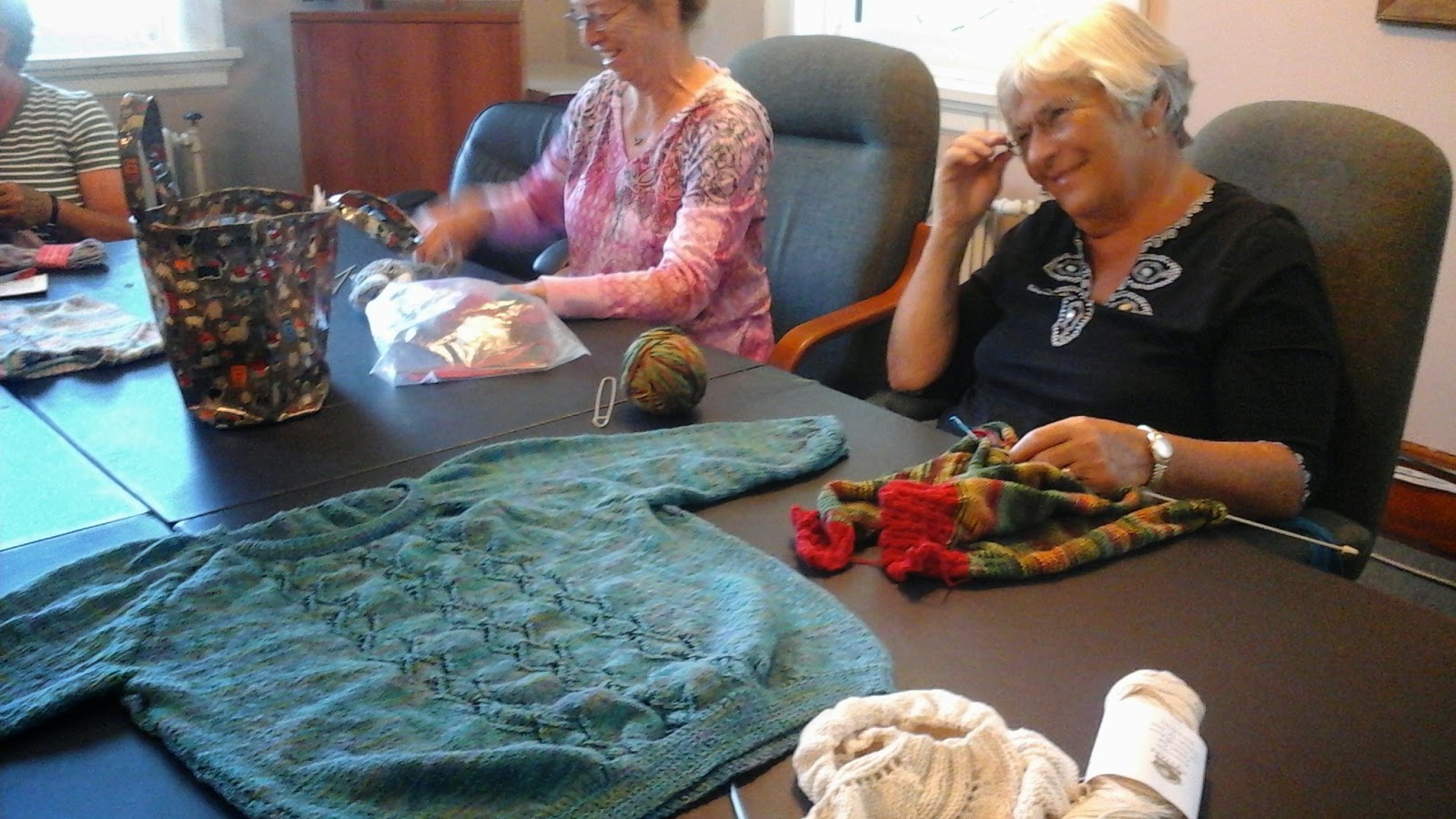 a sweater from Carol, 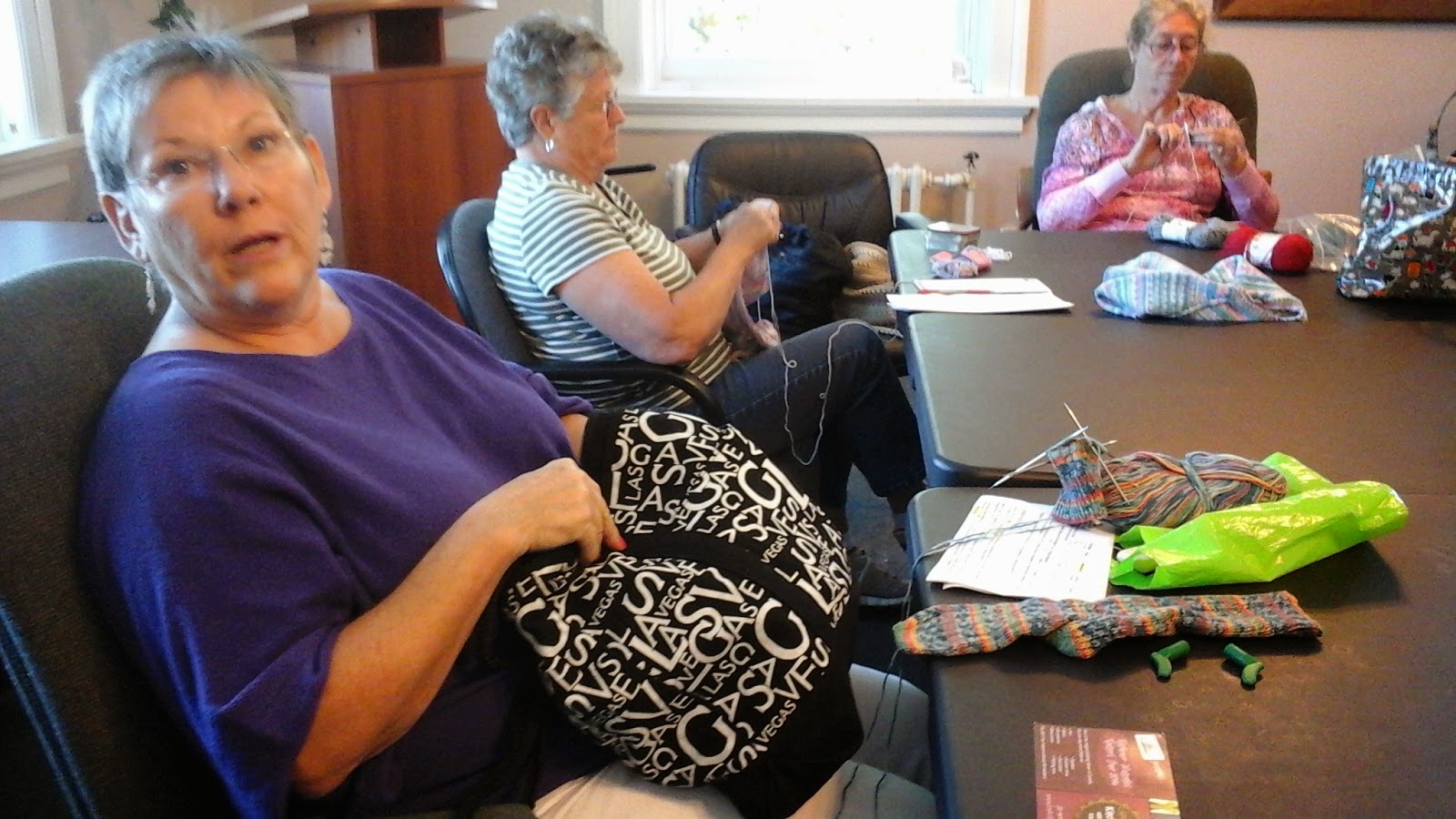 and socks from Sharon.

I don't know about the beach or the gardening, but sure looks like lots of knitting to me.

Posted by Brendaknits at 5:39 PM

It was great to follow you on your vavation and great to see the gang all in their chairs knitting away! Love that blue sweater from Carol!
t_a