Head And Shoulders (Necks Too)

My knitting goal for 2016, at first glance, seems to be to use up stash.  If I ask myself  what is the best way to use up stash, I have to answer that, for me,  it is by knitting small projects. Projects that take one skein of yarn.  Projects that cover the head, neck  and/or  shoulders. As far as my knitting is concerned, 2016 could be called  my 'head and shoulders' year.

I have two hats today to show off. This one is the Frederica Beret. 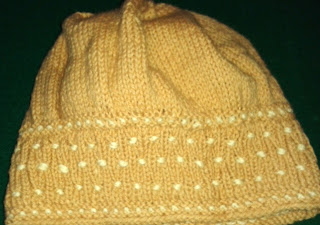 A simple  tam with a deep, smocked band.  I have never smocked in my life before, so that took a few starts to accomplish.And I can't say that mine looks nearly as good as the pattern model, but not bad for a first attempt.  My Frederica was knit with Patons Classic.  The only mod was to rip back from the 4 inches of plain knitting above the brim to 3 inches.  Once the beret was finished I tried it on and felt it was way too much hat.  Rip, rip and I shortened it by one inch and like it much better.

The second hat is Quincy, 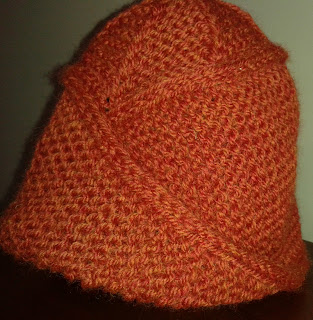 a Jared Flood pattern that has been in my queue for years.  I am glad to have finally knit it.  And what an easy knit.  Mine done with Kertzer Sable, left over from my Glenora Jacket knit last fall.  Quincy takes only a few hours to knit and produces a very warm hat. The bottom band is knit first, twisted and then joined in a circle.  That twist produces a double thickness over half the hat. Cozy.

Two for the head.  Maybe necks are  next.

Posted by Brendaknits at 4:08 PM