Push coming to shove, is my way of telling you that I frogged it. 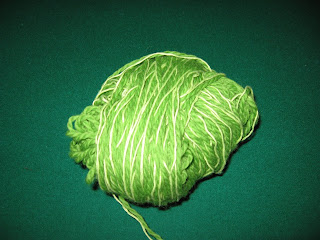 Not only did I take it apart, but I didn't even let the idea gel overnight as I said I would. Those of you who know me, probably guessed that I wouldn't wait.

Laurie M and Marie both suggested a severe blocking. A good idea that might have worked. But I was looking for a two inch spread - two inches wider and two inches longer. That would have been a stretch - I love puns - that I'm not sure I could have achieved with blocking, severe or not.

So, the question is " What makes a bulky-yarn, quick knit take so long? The answer? Starting over. 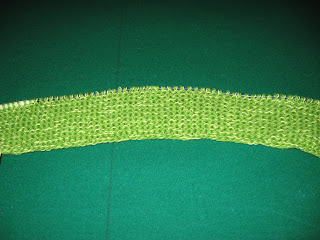 And on the 'merry widow' home front, I have wonderful people in my life. They seem to be concerned about me being alone. Nicki from knit group called last night about dinner time, just to make sure I wasn't too lonesome. Although, she did say the word lonesome and Brenda used in the same sentence made her laugh. Today, two neighbours dropped by as I worked in the garden just to make sure I was 'making out OK'. Considering it hasn't been much more than 24 hours since Fred left, I began to wonder exactly how hopeless/helpless I appear. If they had seen me tearing apart my knitting last night, they would have been really worrried.
Posted by Brendaknits at 4:52 PM

Oh, you are a brave woman! I think it was the right choice though. I would have done the same, but it would have taken me months to work up the courage, not hours! You're my hero...keep knitting and Push will be back (and fitting beautifully) before you know it!

I often suspect that even knits that are quick to do still take me as much time to complete as a more demanding knit because The former variety generally hit a time snag unrelated to the knitting that prevents actual completion while the more time consuming knits somehow skate through uninturrupted.

As for your not so quick quick knit - at least that colour - especially at this time of year can't be so hard to take a bit more time with!