Just a bit of car knitting was all that happened needle-wise this weekend.  Fred and I took off for the big smoke. We had some mega-city errands to run (shopping at Ikea) and wanted to visit with  Peter and his Lady Of Spain whom we hadn't seen since the time between our Florida and Hawaii vacations. The idea started when I tried to get tickets to the Blue Jays home opener.  But those tickets sold out faster than I can think.  We chose the Friday night game instead.

I had some air miles to spare so we treated ourselves to a room at the Sheraton across from city hall.  Saturday, we  caught the last day of Peter's latest art show at the Godard Gallery, went to lunch with Danny Marks at The Rex, ate dinner at an outdoor patio and had our first trip to the now, almost-new Ripley's Aquarium.  Whew!  How much can be packed into a two day weekend? 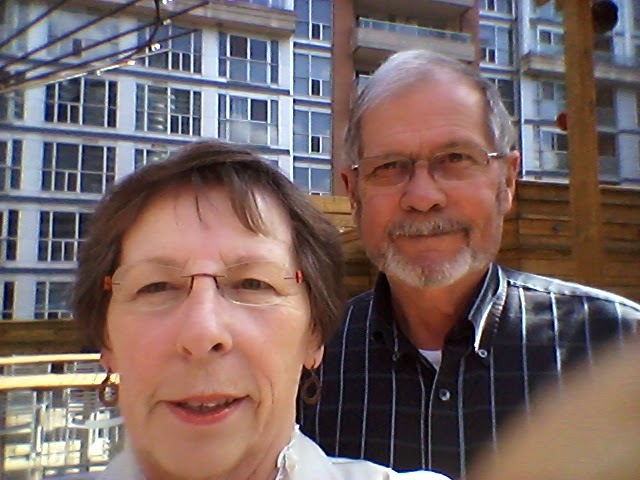 The roof top patio at Wayne Gretzky's bar before the game. 46  steps to climb to get there.  We didn't see one overweight person up there. I need a selfie stick! 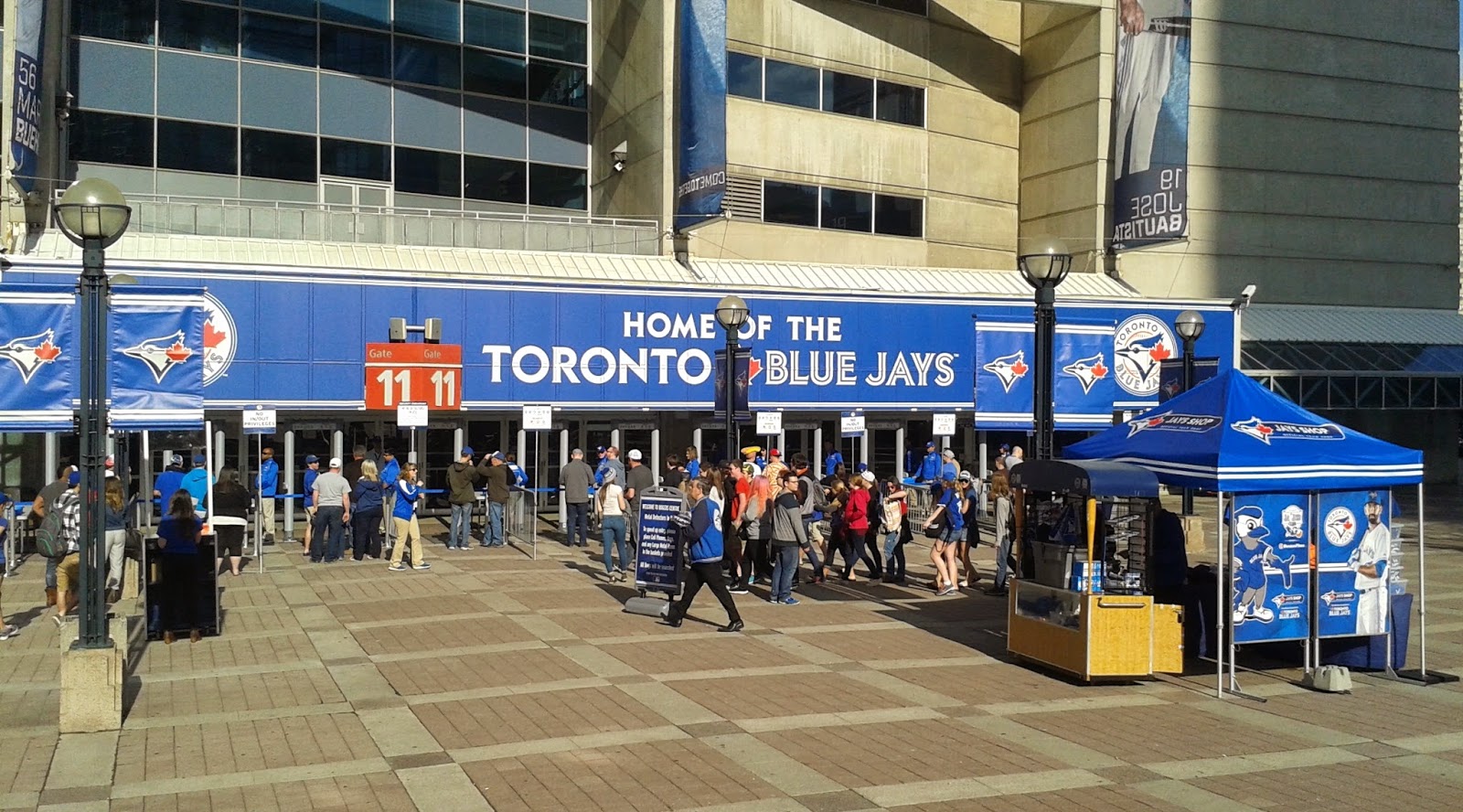 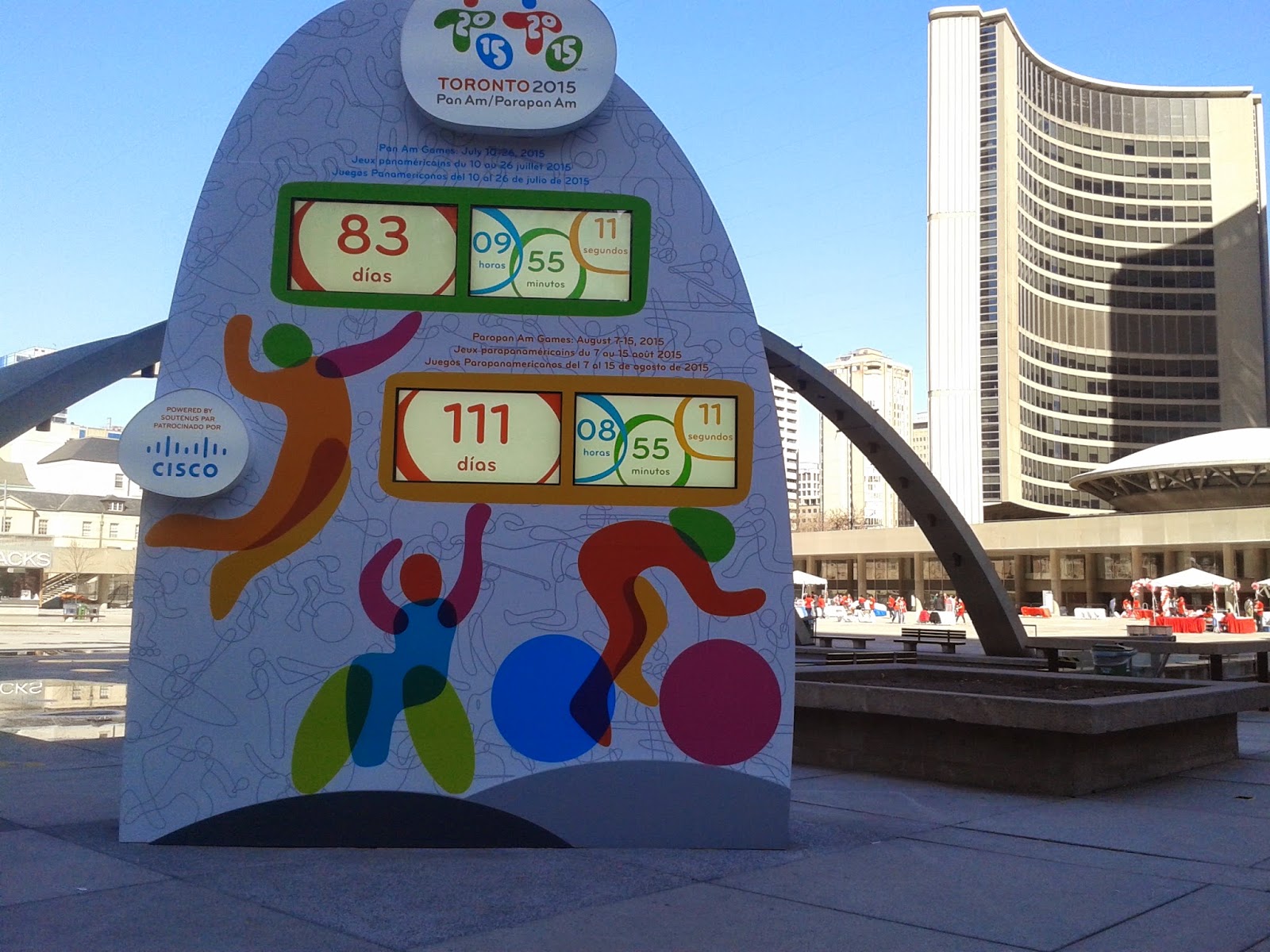 The Pan Am Games count-down sign at city hall. 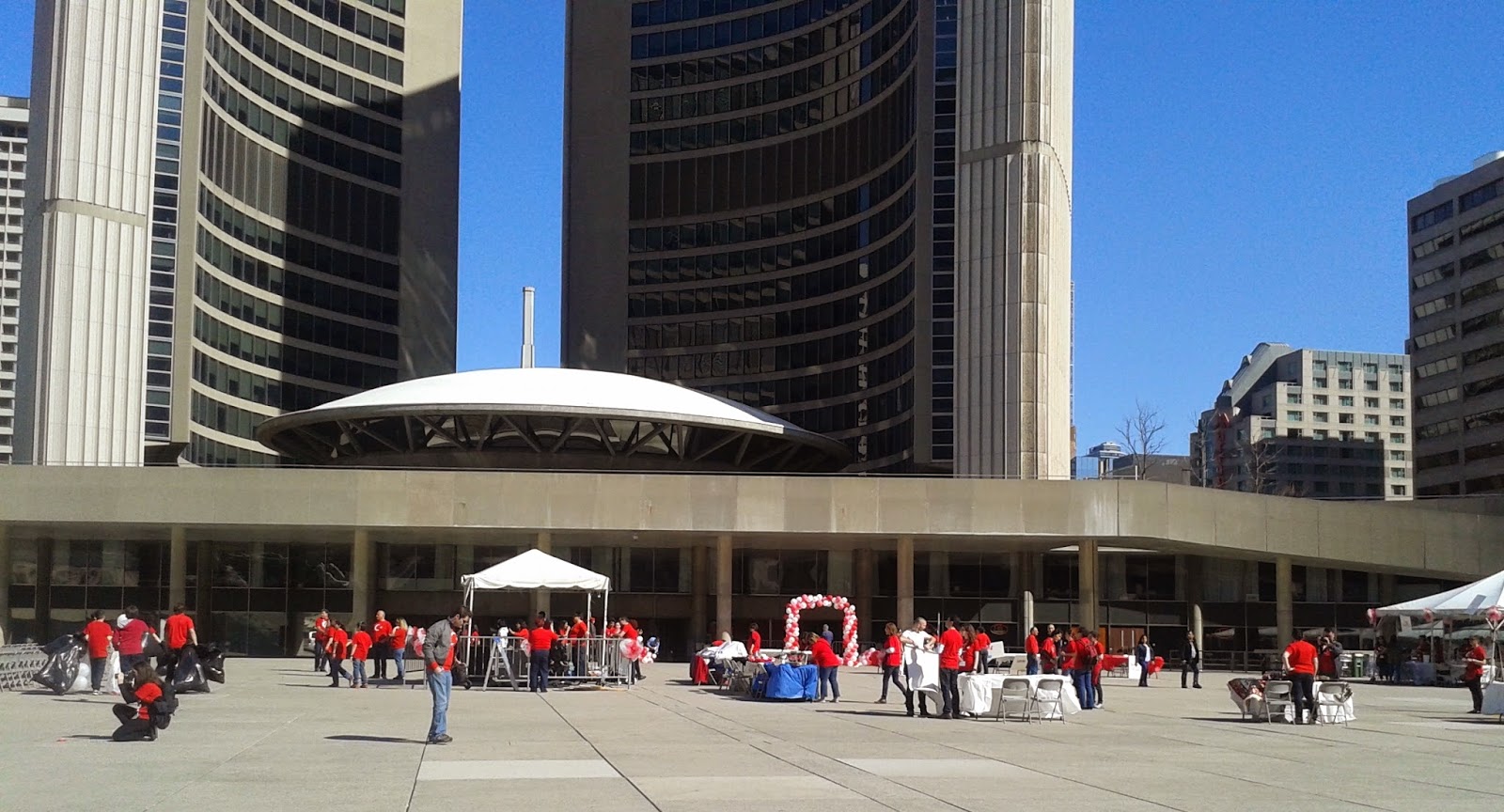 Volunteers in red shirts setting up displays in front of city hall for an International Children's Day celebration.  Who says big cities are not warm hearted? 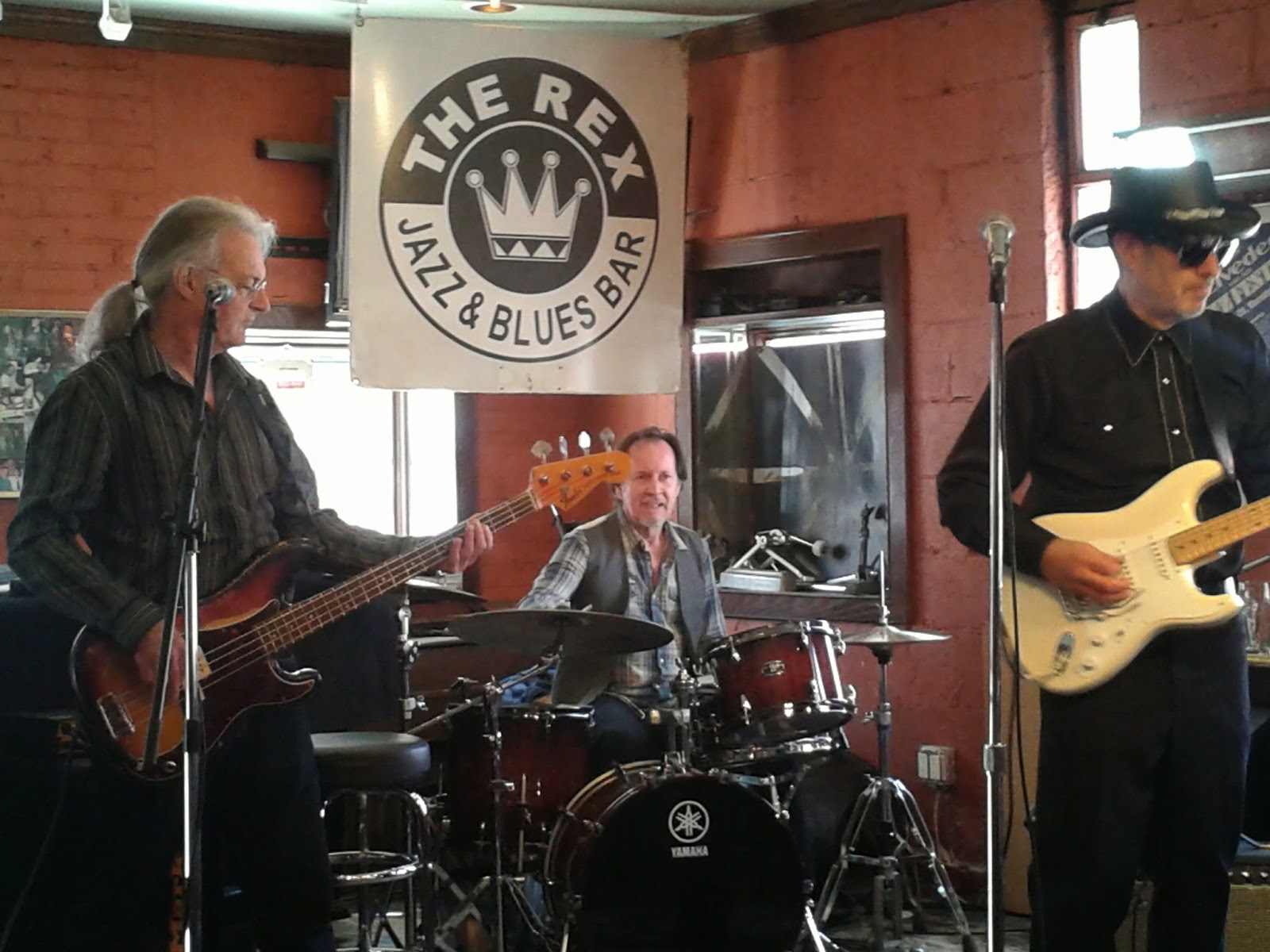 Danny -  wearing the hat -  and friends at The Rex.  Noon to 3 every Saturday. The regular drummer was on vacation and the substitute had played with Anne Murray for 24 years!

Two of my favourite men. 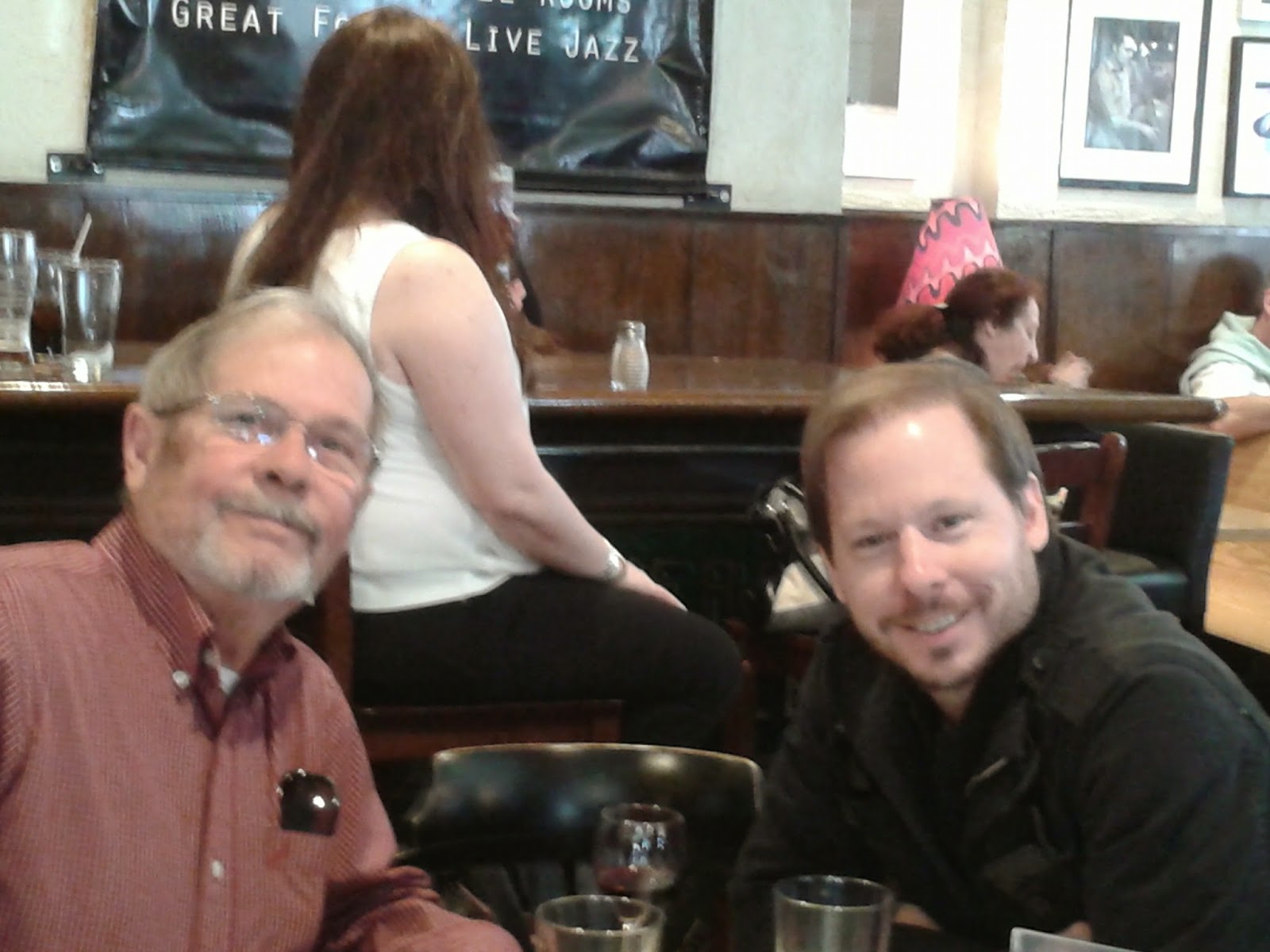 As cool as it was by the time the sun went down, you couldn't stop these Canadians and one Spanish transplant from eating outdoors on the first warm day this year. 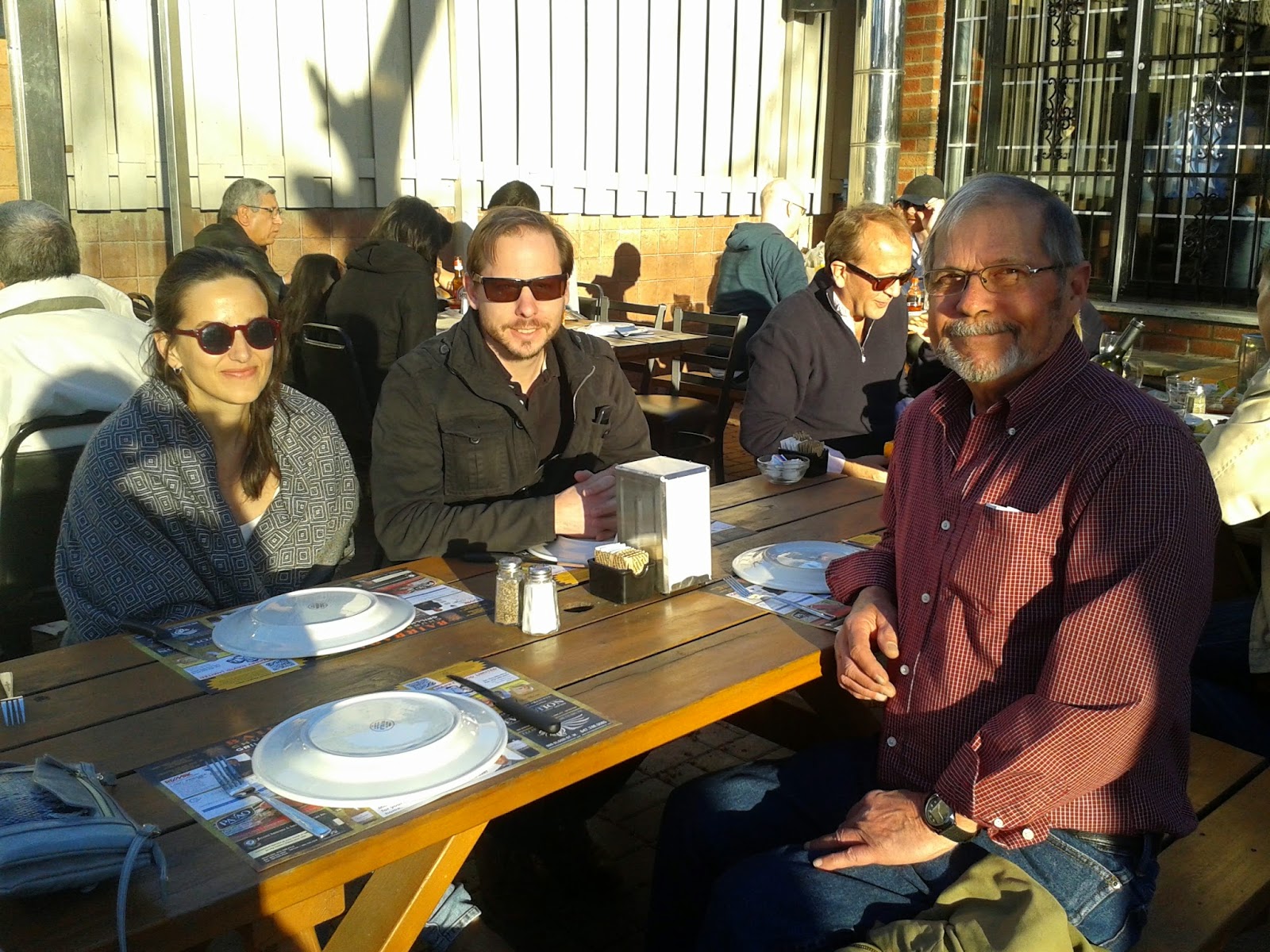 A couple of shots from the Aquarium. 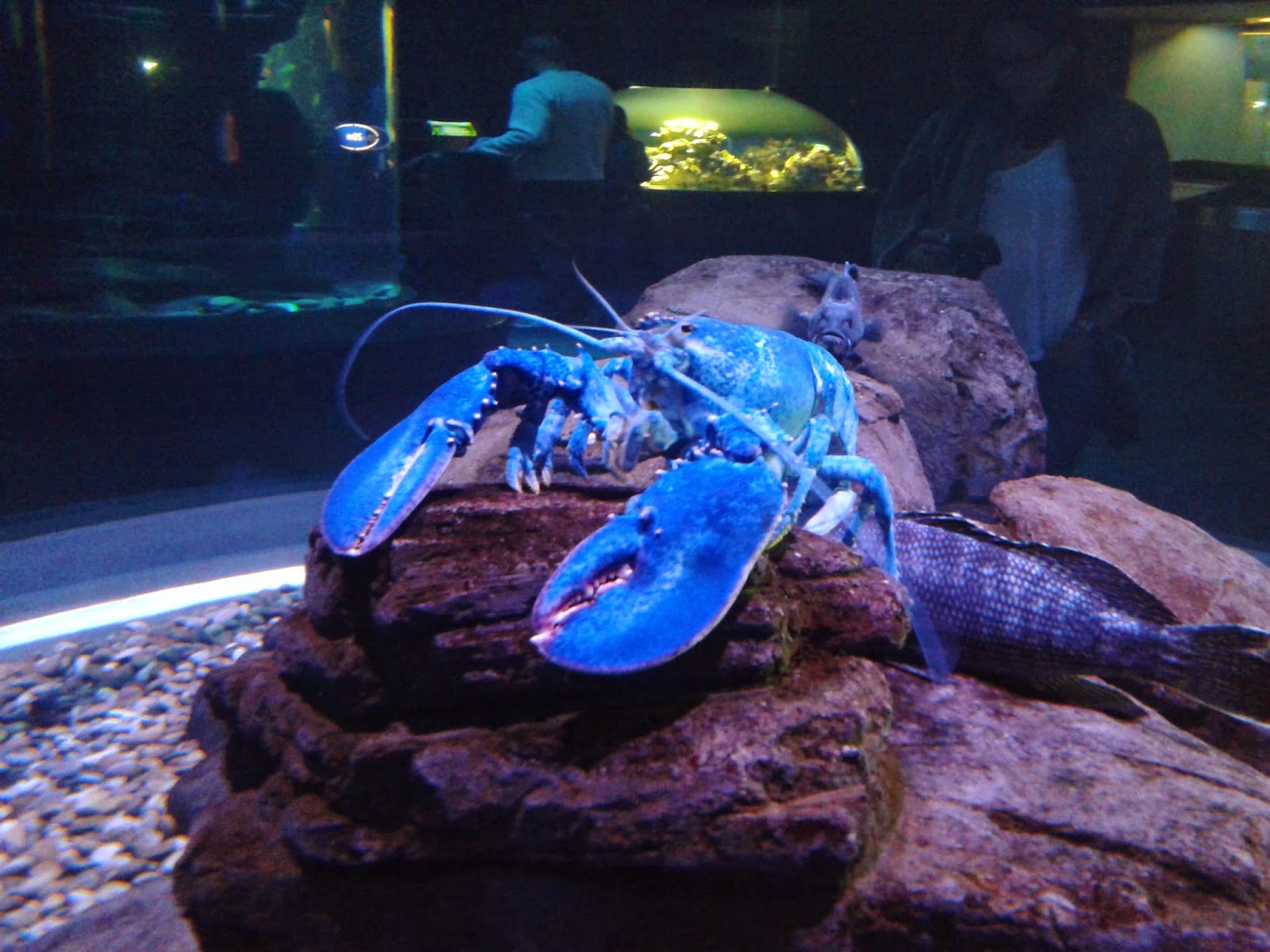 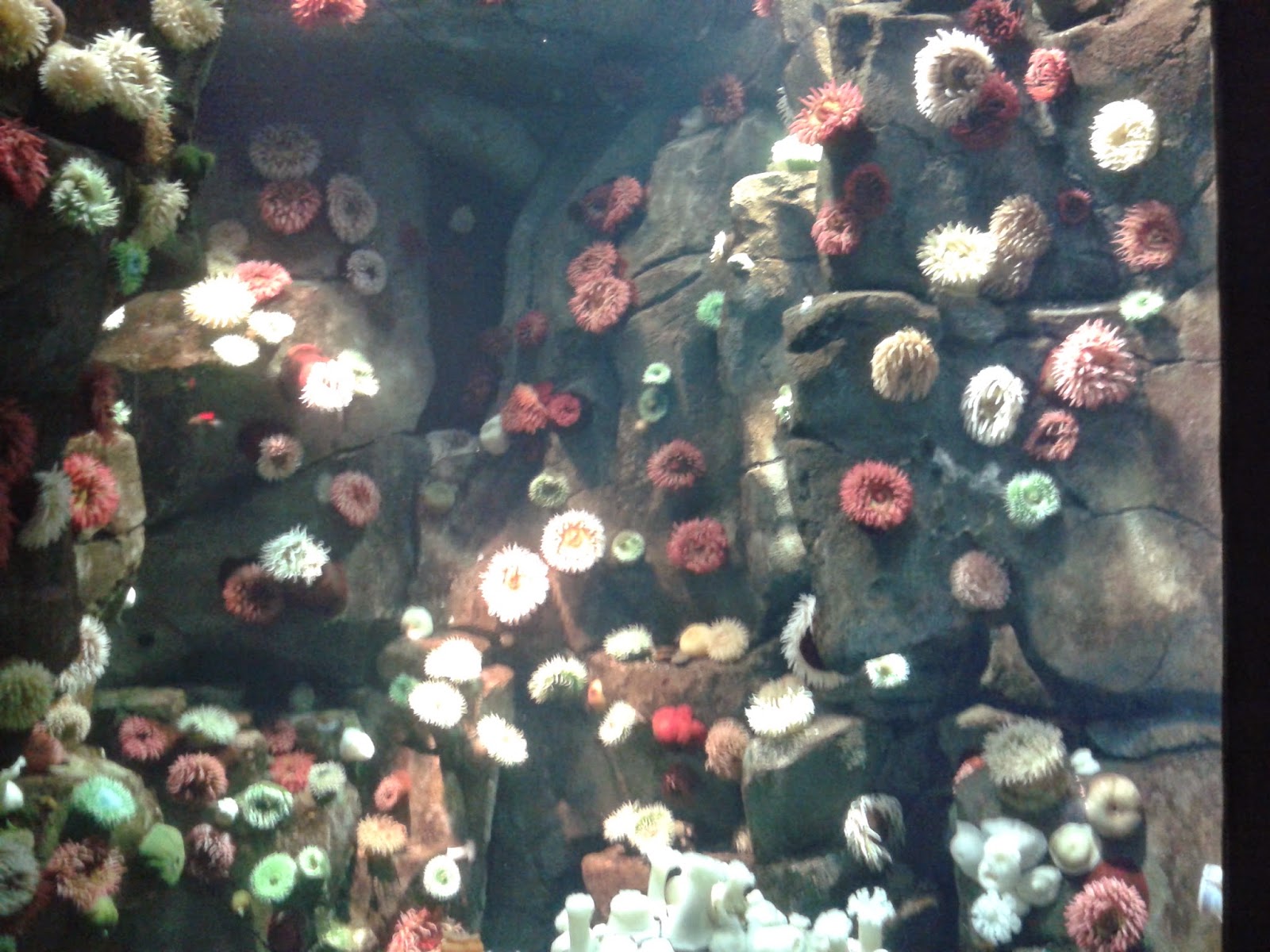 Some marvellous Toronto Architecture and lots of big city fun.  A great weekend.  Now back to our normal programming.